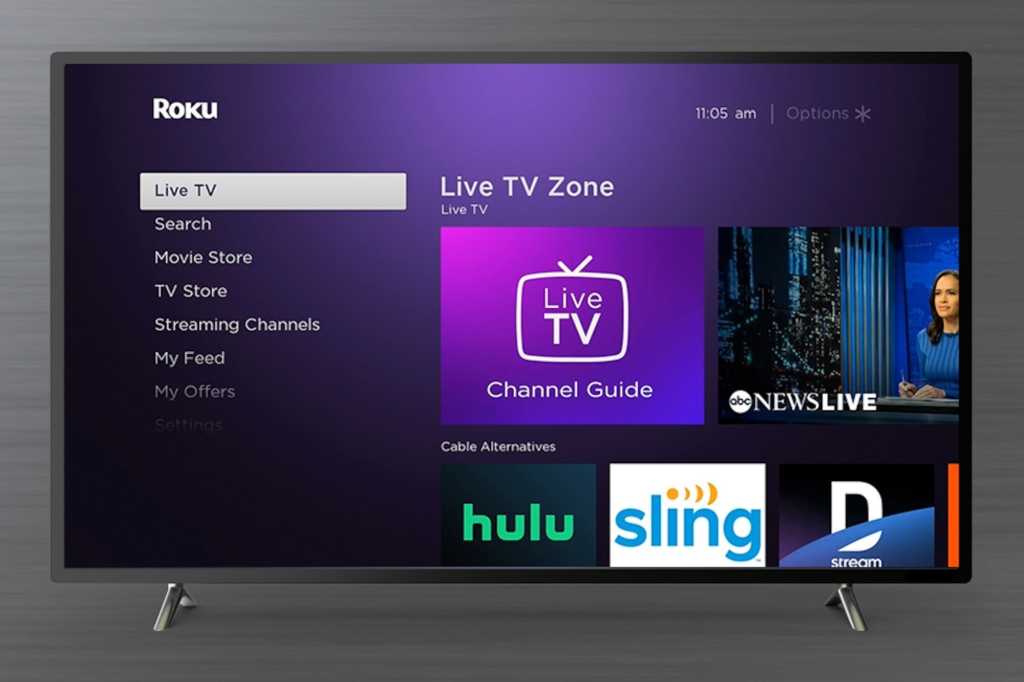 Roku just found another way to put its 200-plus live streaming channels on your radar, with the streaming player manufacturer adding a new entry point for its live—and free—TV offerings to its main user interface.

Slated to roll out starting today, the “Live TV Zone” will sit in the left column of the Roku interface, where it will live alongside such menu items as Search, Movie Store, TV Store, and Streaming Channels.

To the right of the Live TV Channel Guide tile is a row of your most-recently watched live TV stations, allowing you to quickly jump back into your favorite channels.

The arrival of Roku’s Live TV Zone comes about four months after the streamer rolled out the ability to pin the Live TV Channel Guide to the Roku home screen, all part of Roku’s OS 10.5 update.

Roku has been steadily adding live, ad-supported TV channels to its platform, with the number of linear stations topping 200 last summer. Roku’s Live TV Channel Guide, which lets you surf live streaming shows similar to how you would on cable, made its first appearance back in 2020.