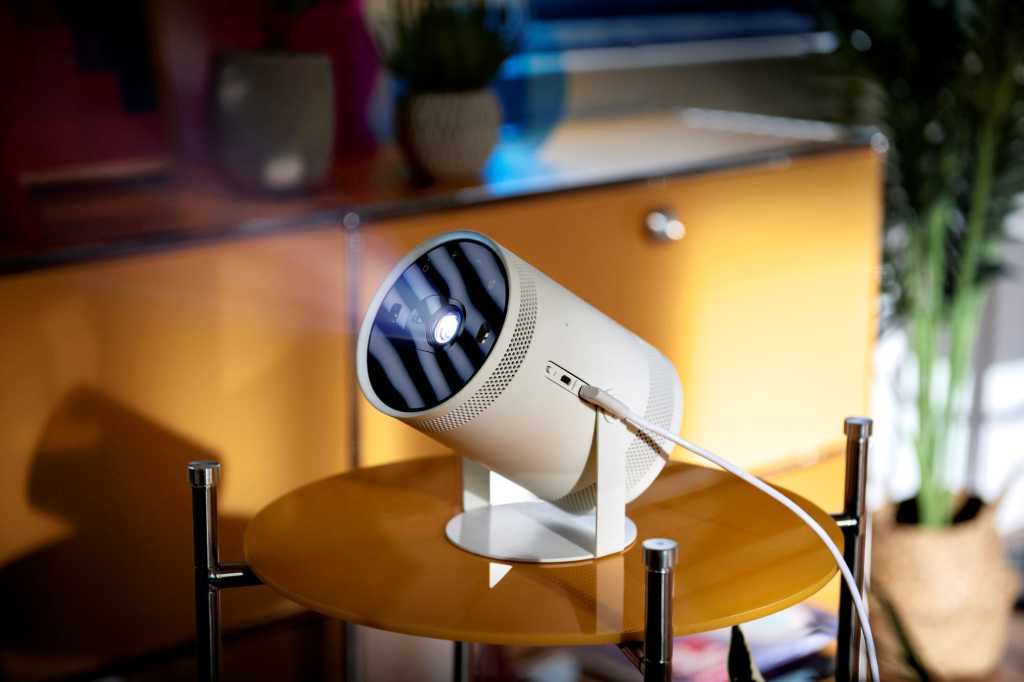 Weighing less than two pounds, Samsung’s portable Freestyle video projector is designed to bring big-screen entertainment just about anywhere, from a living-room wall to the side of a camper, and it can even draw power from a standard light socket. 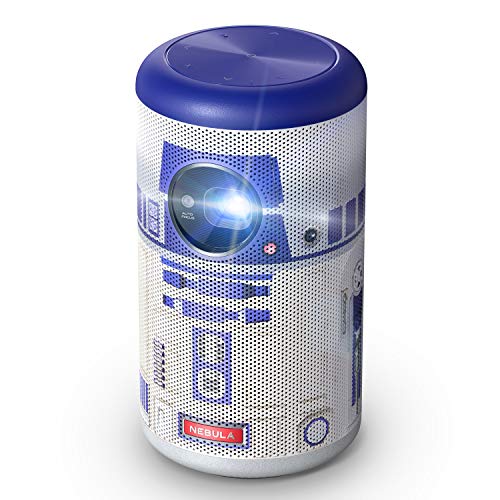 Announced tonight at CES and available now for pre-order, the 1080p FreestyleRemove non-product link is roughly the size of a thermos, and it comes with a detachable cradle stand that rotates 180 degrees.

While you could use the Freestyle with a traditional projection screen, Samsung clearly expects users to throw images from the Freestyle almost anywhere—on walls, ceilings, floors, you name it.

Capable of projecting an image anywhere from 30 to 100 diagonal inches, the 1.9-pound Freestyle boasts automatic keystone correction (powered by a three-axis accelerometer) that helps keep the image square even when it’s projected from an angle. The Freestyle also has a time-of-flight sensor for auto focus.

Besides its basic video projection and audio features, the Freestyle also packs a full-on Samsung Smart TV interface, allowing you to stream video from the likes of Netflix, Amazon, and Hulu, while far-field microphones let you chat with your “favorite” voice assistant, including Alexa, Google Assistant, and Samsung’s Bixby.

Samsung is also touting the Freestyle as a mood lamp, with the projector sporting an “ambient” mode while a translucent lens cap defuses the light. The Freestyle can also sync its light to the sound of nearby music.

As far as power goes, the Freestyle draws juice from an integrated USB-C port, and the projector also supports USB-PD batteries that deliver 80W/20V output or greater.

The Freestyle may be small, but at $899, its price tag is fairly hefty. Samsung didn’t divulge pricing on the E26 base accessory, nor for an optional waterproof carrying case.