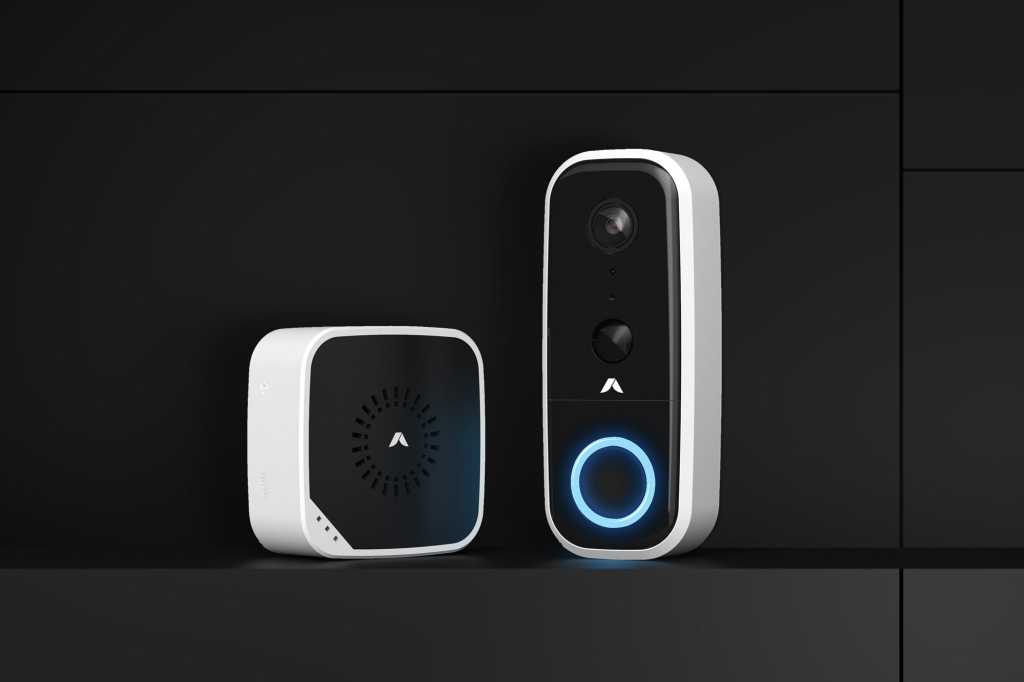 The folks at Abode must have had a busy 2021. The company announced its first video doorbell and an affordable full-color LED smart bulb at CES today. The doorbell joins the Abode Cam 2 we reviewed in August 2021; like that device, you’ll get the most benefit from it by subscribing to an Abode Standard or Pro plan. As such, it’s best viewed as a component in a broader Abode home security system. And there’s nothing wrong with that—we hold those systems in high regard.

The Abode Wireless Video Doorbell is battery powered, which is good news for homes that don’t have existing wired doorbells. It’s enclosed in an IP65 weatherproof housing, meaning its impervious to dust and can withstand being sprayed with a powerful jet of water. It mounts to the wall with a lockable installation bracket that will foil just about any theft attempt.

The camera connects to your home’s Wi-Fi network and captures video in 2K resolution. There’s support for live viewing and two-way communication, of course, and it’s equipped with a tactile push button for visitor notification. The camera is equipped with a Starlight image sensor for full-color night vision, and it supports Abode Smart Detect, which can differentiate a person from other objects moving in its field of view. Abode says it will add pet and package detection in a future firmware update.

As with many video doorbells today, including all Ring models, you’ll need one of the aforementioned paid subscription plans to record video clips to the cloud when motion is detected or a visitor pushes its button; otherwise, you’ll get only a life feed from the camera. Abode Standard plans cost $6 per month, while Adobe Pro plans cost $20 per month, but the latter plan includes professional monitoring if you also own a larger Abode home security system. That’s very much in line with comparable systems, and it unlocks the Abode Cue automation engine that allows you to create rules-based automations.

Abode expects to ship the Abode Wireless Video Doorbell in April, when it will sell for $80.

Abode’s new color LED smart bulb can either connect to your smartphone via Bluetooth or to your Wi-Fi network. Either way, there’s no need for a smart home hub or Wi-Fi bridge. The dimmable, full-color bulb produces 800 lumens of brightness and you can tune its white light on a range of 1800 Kelvin (a warm white) to a very cool 6500K. Abode Color Bulbs are available now and ship as a two-pack for $30.

Both the Abode Wireless Video Doorbell and the Abode Color Bulb offer full support Amazon Alexa and Google Assistant. The doorbell can stream live video to either type of smart display, and you can control the Abode Color Bulb with voice commands. HomeKit support isn’t mentioned in the press release, so we’re assuming neither product supports it. If that assumption is incorrect, we’ll update this story.