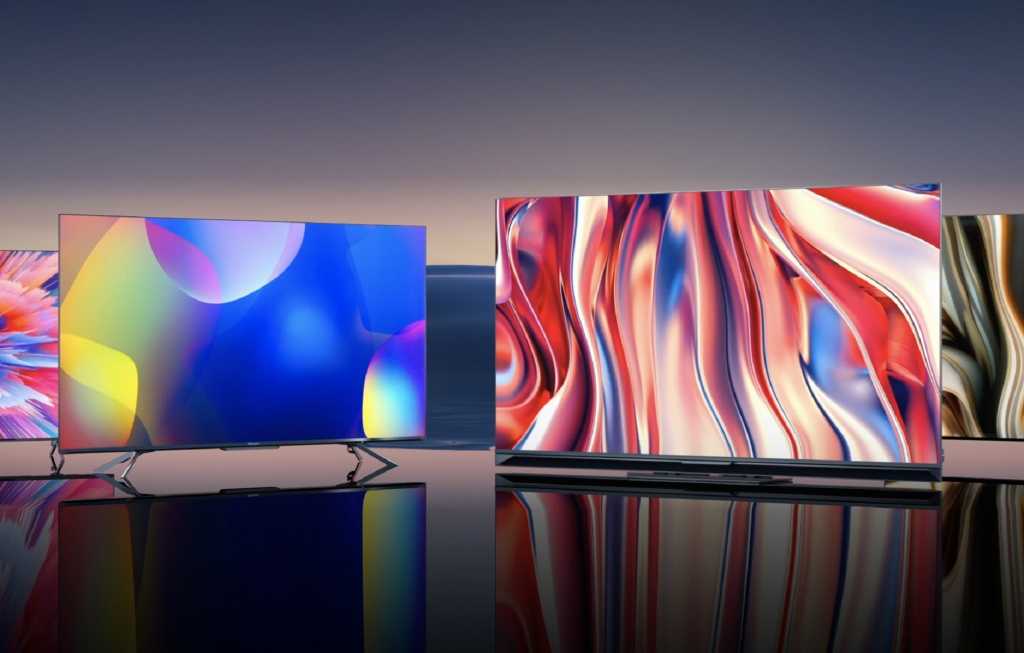 The big 2022 news for Hisense is the implementation of mini-LED backlighting in its U9H- and U8H-series ULED TVs. Beyond that, it’s the slow matriculation of state-of-the-art down the ranks.

The top-of-the-line U9H features 1,280 or more mini-LED zones (depending on panel size), making it a nicely granular implementation along the lines of TCL’s 6-series, rather than the low zone-count TVs from Samsung last year.

The U9H’s 120Hz, 10-bit, quantum dot 4K UHD panel will produce more than 2,000 nits of brightness, giving it the ability to render extemely vivid HDR. Google TV is the operating system and the TV supports all the latest technologies, including Dolby Vision and Dolby Vision IQ, FreeSync, variable refresh rate, and more.

Also on board is a state-of-the-art ATSC 3.0 tuner and WiSA wireless audio support.

A small step down from the U9H, the U8H series are also 120Hz quantum dot TVs sporting mini-LED backlighting, albeit with fewer zones and lesser peak brightness (1,500 nits). Beyond that, nearly all of the specs and technologies are the same as the U9H. New for this year is a 75-inch version (up from 65 inches) for those who like lots of screen real estate.

While relying on older full-array backlighting rather than mini-LEDs, and lacking quantum dots, this 120Hz TV is otherwise largely feature equivalent to the U8H. It offers the same ATSC 3.0 tuner, variable refresh rate, and other gaming features of the Hisense’s two top models and is available in sizes from 55 inches ($799) to 85 inches.

The U6H mimics the feature set of U7H with the exception of a halved refresh rate of 60Hz. This makes it a bit less suitable for gaming enthusiasts, but still a more than viable (and more affordable) option for those who participate in the more passive pastime of simple viewing.

Hisense didn’t provide a lot of details about its new entry-level Android TV sets, which are available in a wider variety of sizes than the ULEDs, down to 32 inches. They did mention a new bezel-less design for the 1080p A4H, but we otherwise assume you’ll find mild improvements as advanced technologies dribble down to lower price points.