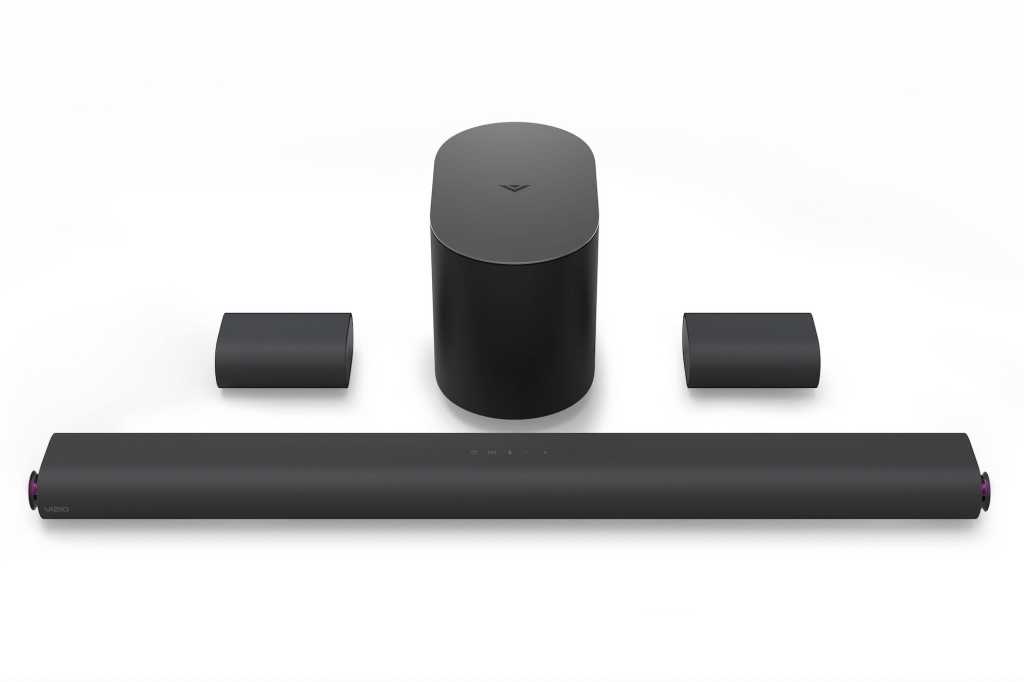 Two years after unleashing its flagship Elevate soundbar with drivers that automatically swivel up for Dolby Atmos content, Vizio has announced a mid-rage version of the Elevate with a new, more “subtle” design, plus a more affordable price tag. 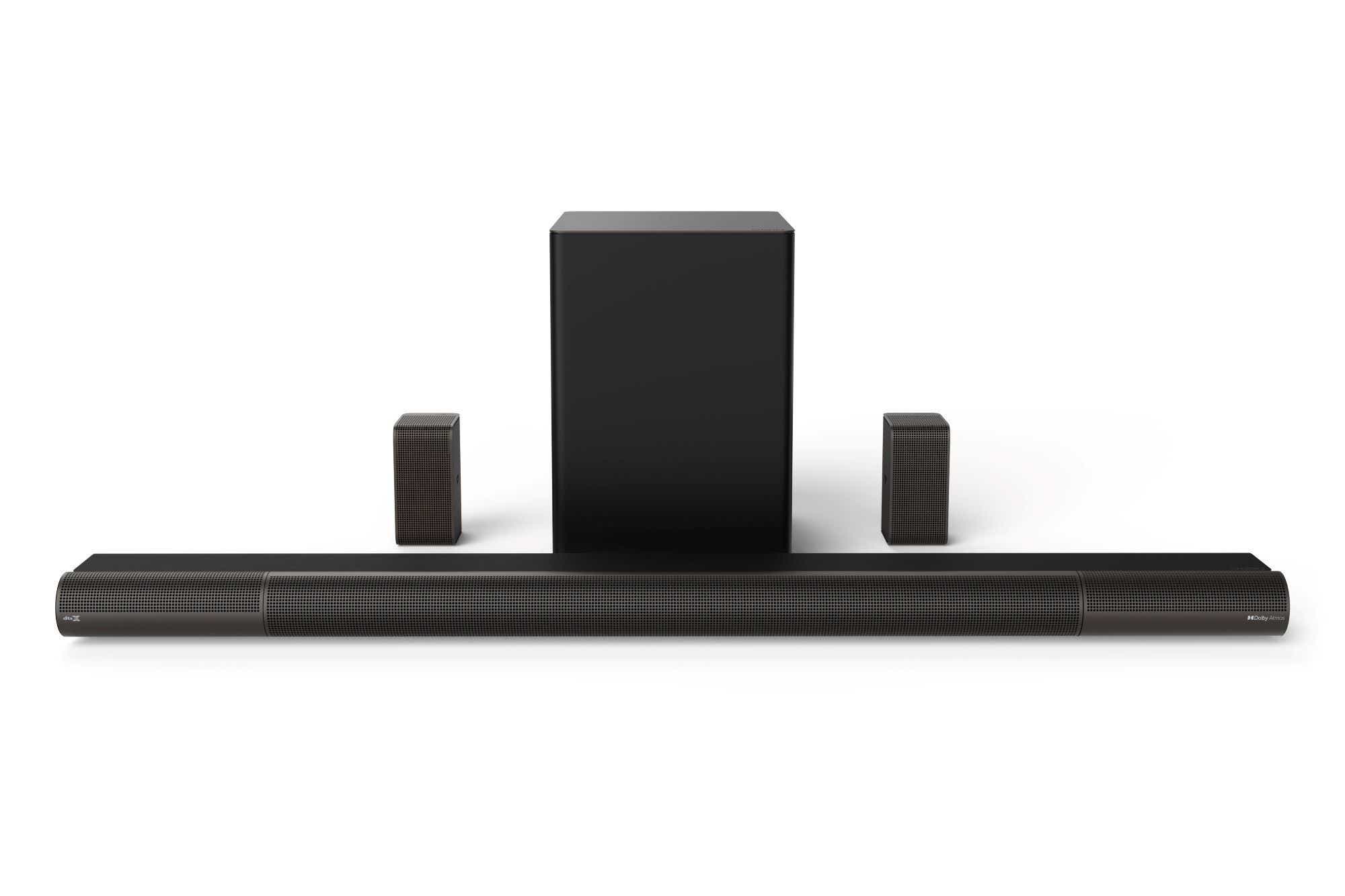 Available later this year (think summer or early fall), the Vizio M-Series Elevate arrives with a rejiggered version of the rotating drivers that were, until now, unique to the pricier P-Series Elevate.

The newer Elevate ditches the perforated look of the pricier version, which had segments on the left and right ends that visibly swiveled up to bounce Dolby Atmos or DTS:X height cues off the ceiling, or forward to bolster the soundstage for 5.1 and stereo audio.

Instead, the M-Series Elevate (model M512E-K6) has a solid design, with left and right port tubes that peek out from the ends of the soundbar only when its rotating drivers are swiveled upwards. When the drivers are pointing forward, the port tubes are completely hidden.

Vizio says that the new look of its M-Series Elevate was “intentionally designed to be more subtle so as not to distract from the overall living room environment.”

That said, those hidden port tubes can be eye-catching if you want them to be, as they come with LED accent lights that can glow in multiple colors; you can also keep the LEDs turned off if you’d rather stick with the “subtle” vibe.

Besides the redesigned rotating drivers, the Vizio M-Series Elevate has a subwoofer with a new, rounded design, along with a pair of low-profile wired rear speakers.

Currently slated to retail for $699 (I’m told that pricing could still change), the M-Series Elevate costs $300 less than the step-up P-Series Elevate, but you’ll have to settle for a few sonic compromises.

We’ll have a full review of the Vizio M-Series Elevate once we spend quality time with a review unit.

Updated on January 7, 2022 with a correction; the rear speakers included with the M-Series Elevate are wired, not wireless.