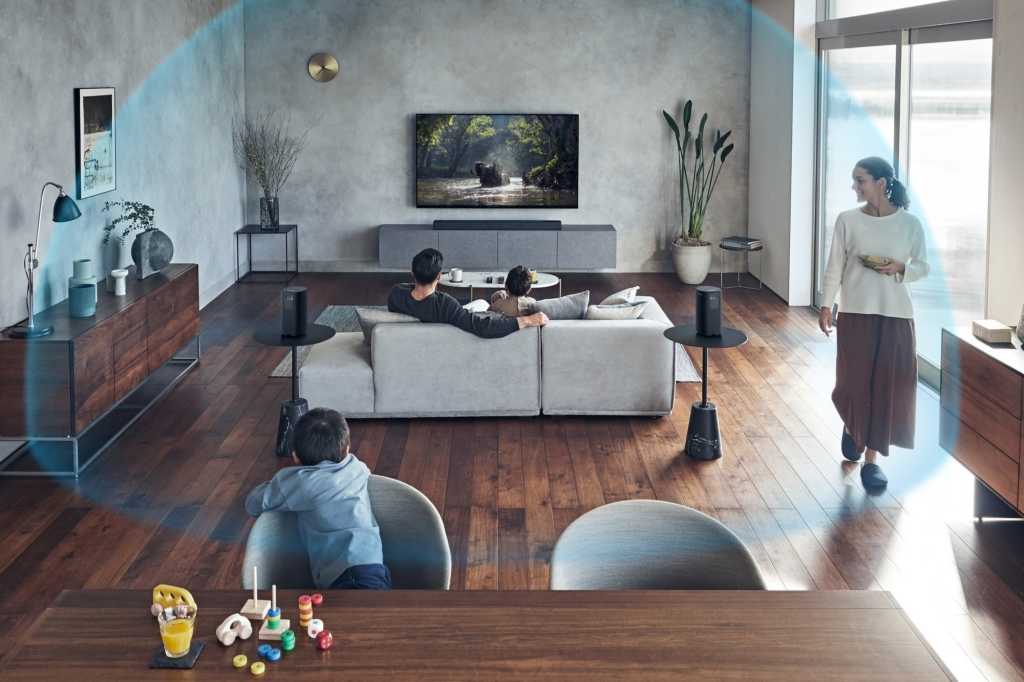 After wowing us last year with an audio mapping feature that conjures “phantom” speakers around listeners, Sony announced at CES on Tuesday that it’s bringing its immersive 360 Spatial Sound tech to a pair of its premium soundbars. 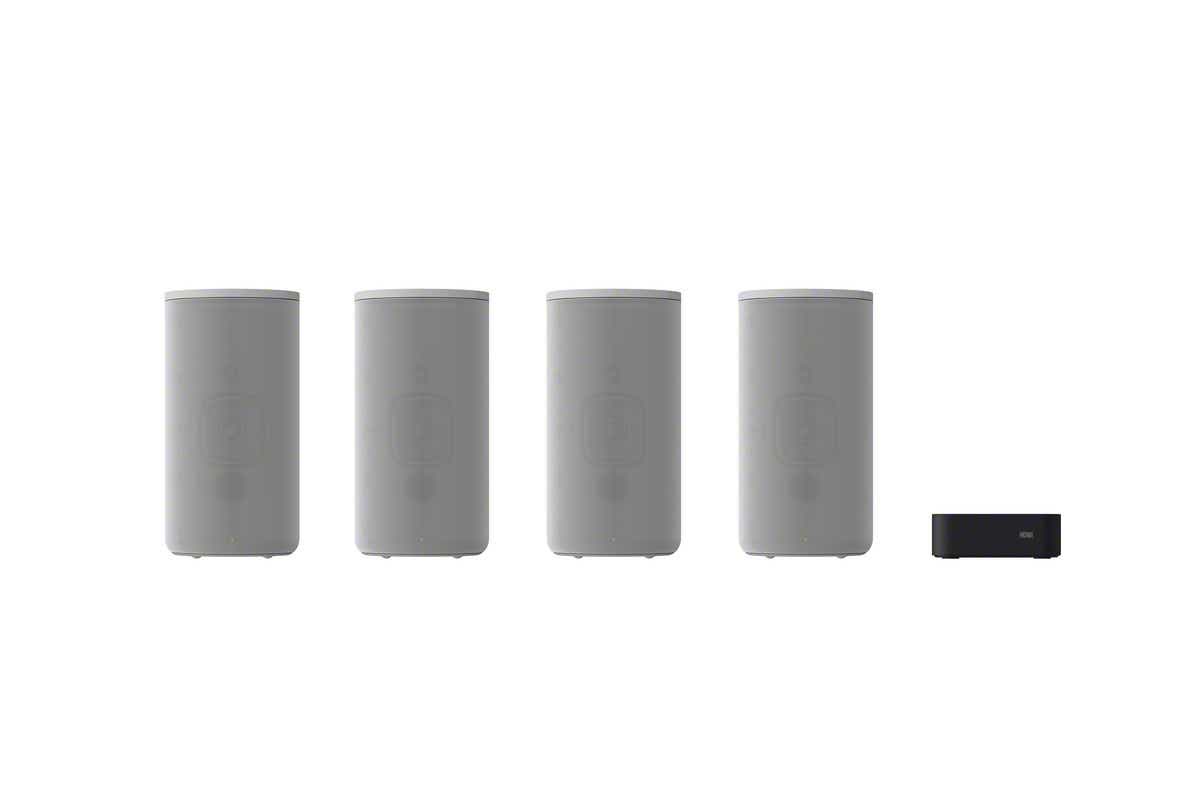 Both the Sony HT-A7000 and HT-A5000 soundbars will receive an update enabling 360 Spatial Audio, which will also require the existing SA-RS3S wireless rear speaker kit or Sony’s new battery-powered SA-RS5 rear speakers, due this spring.

First seen—and heard—in Sony’s HT-A9 home theater system (which won our Editors’ Choice award last November), 360 Spatial Sound is an audio mapping technology that makes the HT-A9’s quartet of speakers sound like 12, with audio seeming to come from above and from “phantom” center and side speakers. Because it supports both Dolby Atmos and DTS:X object-based audio formats, 360 Spatial Sound is ideal for home theaters.

Helping to create the illusion of those phantom speakers are built-in microphones that measure the height and position of the speakers relative to each other, allowing the 360 Spatial Sound feature to “synthesize” sound waves based on its measurements.

Of course, you’ll need additional speakers to unlock 360 Spatial Sound on those soundbars. One option is Sony’s existing SA-RS3S, a pair of two-way rear speakers that connect wirelessly to the main HT-A7000 or HT-A5000 soundbar unit. The SA-RS3S retails for $350.

A second option is the upcoming SA-RS5, a step-up rear speaker kit with upfiring drivers, an omnidirectional “block” design with a cylindrical shape and flat rear surface, a one-touch audio calibration button, and built-in batteries that offer up to 10 hours of battery life, making the speakers truly wireless (the SA-RS3S speakers, on the other hand, depend on power cords). The $600 SA-RS5 speaker kit can also run on AC power if you’d rather not deal with charging the batteries.

Those with compatible Bravia XR TVs can boost the 360 Spatial Sound effect even further by enabling Sony’s Acoustic Center Sync feature, which enhances dialogue and delivers a “more immersive” experience by turning the soundbar and TV speakers into the center channel.

Sony says the 360 Spatial Sound update for the HT-A7000 and HT-A5000 soundbars will arrive this spring.