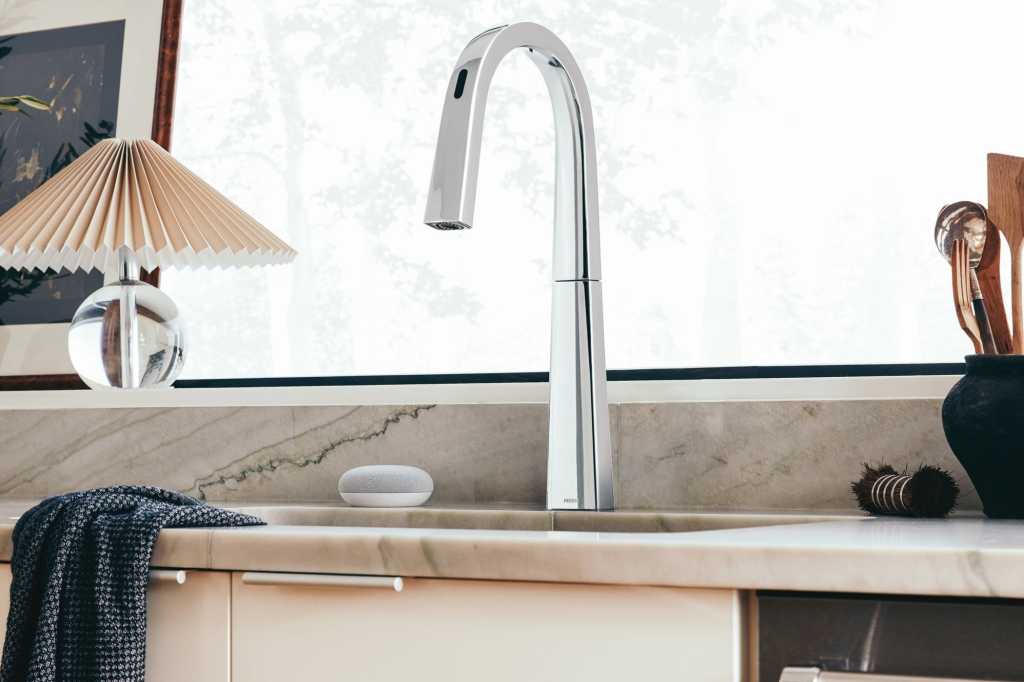 Smart home dwellers invariably have a manual backup plan in case their automation tech temporarily fails. Moen doesn’t think that’s necessary: the Smart Faucet with Motion Control the company is showing at CES so completely touchless it doesn’t have a handle. 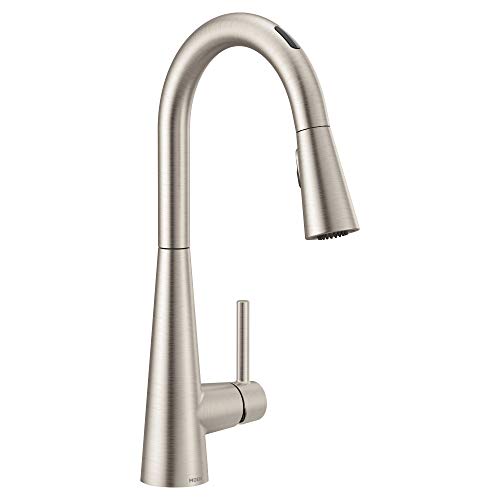 We reviewed Moen’s original smart faucet (which does have a handle) last April and found the gesture controls very useful. Owners did too: Moen says its research found that users were using the touchless features frequently, in many cases much more than the handle; thus, the aim with this second-generation model was to make the handle unnecessary.

The new smart faucet allows for users to set temperature with gestures in addition to the original water flow control gestures.  Users can customize temperatures and gesture schemes within the app, and it has the same voice-control capabilities as the previous model

And yes, Moen will release a second-generation faucet with a traditional handle for those less daring.

The technology will be available across four faucet lines: the Nio, Paterson, Sinema, and Weymouth. The original Moen smart faucet will continue to be sold as an entry-level model.

The Moen Smart Faucet is part of Moen’s larger effort to build smarts into every aspect of a home’s water system in the home, what it calls the “Smart Water Network.” We’ve reviewed the Flo smart shut-off valve and leak detectors; there’s also a Flo by Moen sump pump, too. The company says an update to its smart shower product will follow in 2023, but didn’t provide much in the way of details.

More functionality for owners of the new smart faucet is on the way. Moen will upgrade its app later this year for customers who own the faucet and the smart shut-off valve, including a winterization functionality and automatic pipe-burst protection.

No pricing or availability was announced at CES Monday evening; however, Moen’s best faucets generally run between $300 and $600, so the new models will likely be on the pricey side.