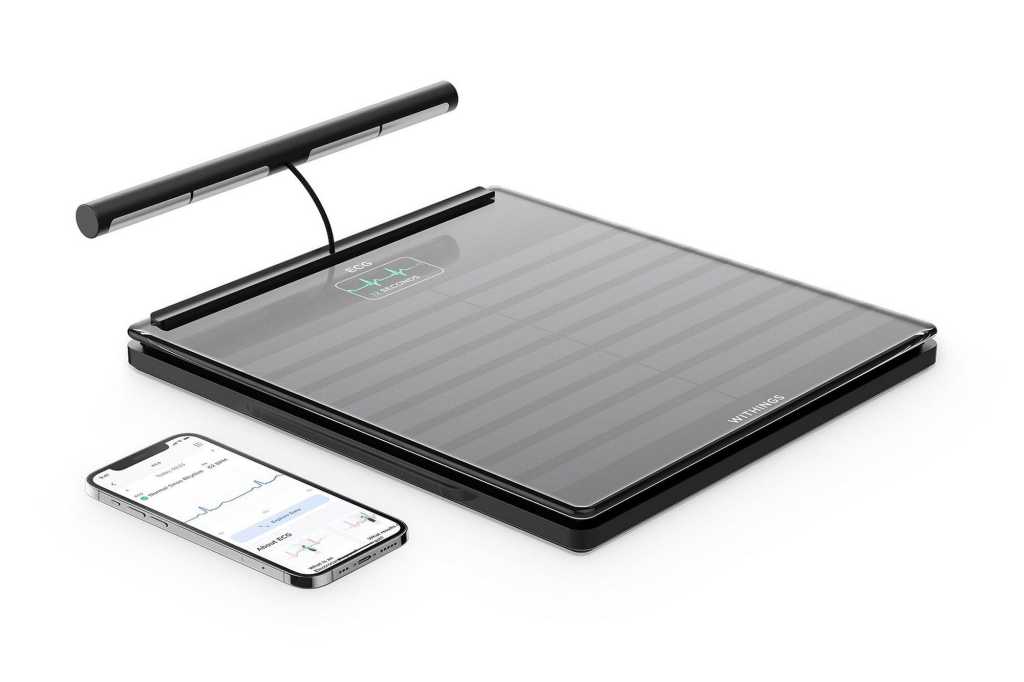 The latest smart scale from Withings wants you to get a handle on your health, literally. The Body Scan, introduced at CES 2022 in Las Vegas on Monday, features a retractable handle fitted with additional sensors capable of far more analysis than the traditional smart scale. It’s slated to launching this spring.

Four weight sensors, 14 electrodes in the scale’s base, and an additional four electrodes in the handle allow the Body Scan to perform six-lead ECGs (electrocardiograms) and “segmental body composition analysis.” In plain English, the scale tells you exactly where your body stores fat.

Segmental body composition analysis is popular in the sports and fitness industries. It provides early warning of potential health problems and gives athletes and bodybuilders a better idea of what areas they should focus on during training.

The technique works much like current fat-sensing scales, measuring resistance to a small undetectable electrical current sent from the scale’s base through the body. While generally accurate, there is a significant margin of error in using a single entry point for this current. Adding more makes the technique far more accurate.

In addition to the fat and ECG functionality, the Body Scan can monitor nerve activity by stimulating sweat glands in the feet and determining vascular health from the ECG data.

Withings will also include a three-month subscription to its health and wellness services. Data from the scale is sent to a medical professional, who will create personalized coaching and wellness plans based on this data, Withings says.

The device still must gain regulatory clearance before going on sale later this year. No price was announced; however, it’s safe to preduct that it will cost as much if not more as Withings’ existing Body Cardio scale, which currently retails for $150.

Whether or not there’s an appetite for a scale that expensive remains to be seen. The market is filled with low-cost options—Wyze’s smart scale is only $30, so is Eufy’s Smart Scale C1. Withings’ Body Scan might be a worthwhile investment for those looking for actionable ways to improve their health based on actual body metrics.