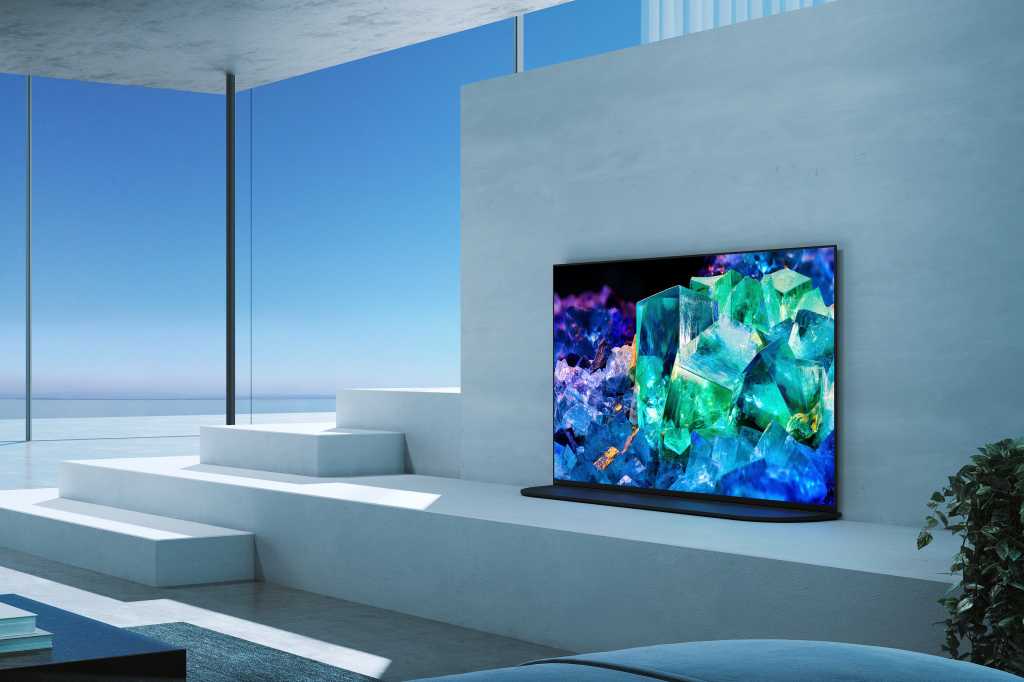 Dubbed QD OLED, they’ll be shipping from several vendors this year, including Sony’s 2022 K-series TVs and at least one model from Samsung TV (a different division from Samsung Display). The only reason we know about the latter is that it won an innovation award today at CES. Thanks guys. Alienware is also shipping a gaming monitor based on the technology.

Why is QD OLED such a big deal? Read on and find out.

While self-emitting OLED elements offer great color, as well as true black thanks to their ability to shut off completely, they have weaknesses. Red, green, and blue OLED elements vary in brightness, lifespan, and other properties, so OLED panels must balance these factors as well as accommodate the weakest link.

Also, being organic, OLEDs are prone to burn-in and will eventually fade as material burns off. The brighter you run them, the shorter their lifespan. The upshot is that previous RGB OLED TVs didn’t generate a lot of peak brightness, or at least compared to LCD types.

To overcome this deficiency, panel makers added a fourth white subpixel that can be turned on to increase peak brightness. This is RGB+W.

RGB+W increases peak brightness and isn’t all that noticeable with most material, unless you’re really looking for it or measuring it. But it’s hardly ideal because adding white to any color creates a lighter shade. Pastels anyone?

If you’re not familiar, quantum dots are nanocrystalline structures that re-emit light in a very narrow range in strict accordance to their size. Get the size correct, and you get perfect red, green, blue, etc. Even better, the light source can be of any wavelength as long as it’s shorter (blue) than what the quantum dot emits (red, green, etc.).

I chose those examples because that in fact is exactly what Samsung Display is doing. They’re using blue OLED subpixels with red- and green-emitting quantum dots. Of course, the blue OLED element requires no quantum dot because, err…it’s already blue.

Looking good (so we hear)

While I haven’t eye-tested a new RGB OLED TV, I’ve spoken to industry insiders who have, and they say the difference is noticeable. There’s a reason that Sony’s exorbitantly expensive RGB OLEDs were the Hollywood standard for mastering not so long ago.

My only questions are exactly how bright these new panels are, and how LG, being the OLED folks, could get backfooted on this one. Maybe the new panels really aren’t that bright. That’s not the scuttlebutt, but we’ll see.