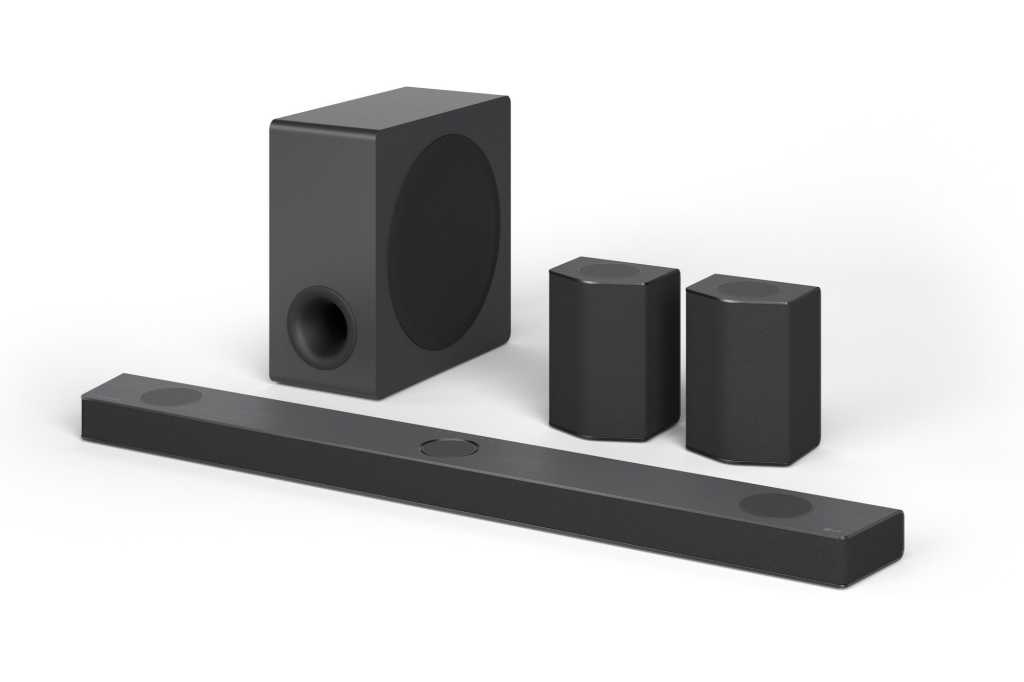 For its upcoming line of premium soundbars, LG says it will go back to the basics, boosting both the size and audio quality of its drivers and subwoofers as well as refining its AI-powered room-correction technology. 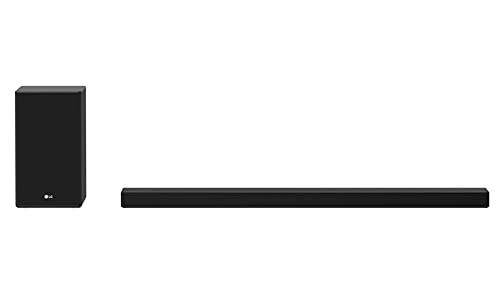 That’s not to say LG’s 2022 soundbars won’t have anything new up their sleeves, with its flagship models slated to get upfiring center drivers, as well as optional support for wireless Dolby Atmos audio from eARC-enabled TVs.

LG already took the wraps off its top-of-the-line S95QR, a 9.1.5-channel soundbar with the aforementioned upfiring center channel, as well as upgraded surround speakers that, counted as a pair, deliver six channels of sound rather than just four.

The SR95R will arrive with an HDMI-eARC connector, along with a pair of HDMI 2.1 inputs that support such gamer-friendly video passthrough features as VRR (variable refresh date) and auto low latency mode.

The flagship soundbar will also support AirPlay 2 and high-resolution audio (up to 24-bit/96kHz), and it will work with both Alexa and Google Assistant.

Also coming in 2022 will be the LG S90QY, which will arrive with similar features as the flagship S95QR but in a 5.1.3-channel configuration. Meanwhile, the LG S80QY will have a 3.1.3-channel setup.

Overall, LG says it has redesigned the drivers and subwoofers for its upcoming premium soundbars to boost their “basic sound quality” and low-frequency performance.

Specifically, the woofers in the main soundbar housing will grow from 100x40mm to 99x52mm, which should help deliver “improved playback bandwidth and sound pressure,” according to LG.

Meanwhile, LG’s wireless subwoofers will get 8-inch drivers, up from the 7-inch woofers in earlier models, while the subwoofer housing will expand to a volume of 18 liters, up from 17L.

Most interestingly, LG is debuting an upfiring center channel to join the existing left and right up-firing drivers. Besides boosting the clarity of dialogue, the new upfiring center driver should help make the sound feel like it’s coming from the “center of the TV’ rather than beneath it, LG says.

The new upfiring center driver explains the “.5” in the LG S95QY’s 9.1.5-channel configuration, meaning it has a total of five height channels: three in the main soundbar unit, and one in each surround speaker. The 5.1.3-channel LG S90QY and 3.1.3 S80QY will also get upfiring center drivers.

Speaking of surround speakers, the satellites that ship with the LGS95QY will be upgraded to deliver a total of six audio channels, including four channels in the horizontal plane and two upfiring drivers. Previously, LG’s surround speakers offered only four channels of sound, including two upfiring and two front-firing drivers. The additional two drivers will help widen the soundstage as well as the “sweet spot” for the surround channels, LG said.

Initially, only the top-of-the-line LG S95QR will get the upgraded surround speakers, but LG says it will also make the speakers available as an optional kit for its other supported soundbars.

LG’s AI Room Calibration feature, which analyzes the acoustics of a room by emitting a test tone, is also getting an upgrade. While the initial version of the room correction feature only divided the sub-130Hz frequency band into two segments, the newer version supports eight segments, allowing for more detailed acoustical analysis.

Finally, LG is unveiling a new wireless technology capable of sending Dolby Atmos audio to its soundbars without the need of a cable. With the help of a USB-powered dongle attached to a TV’s HDMI-eARC connector, LG Wowcast (for “wideband audio on wireless”) can send multichannel audio, including Dolby Atmos, to supported LG soundbars.