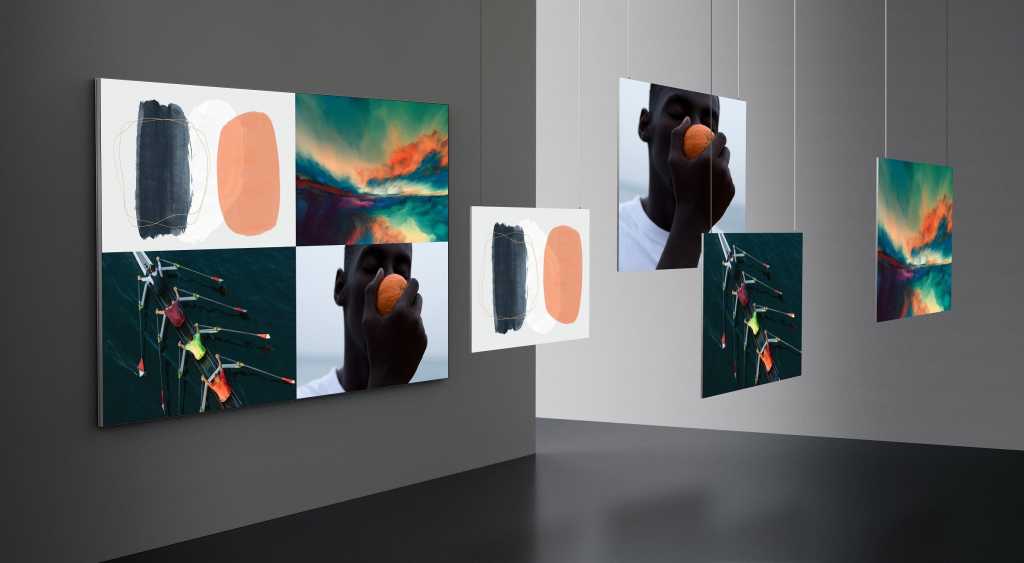 Samsung’s 2022 TV lineup represents an evolution of what are already some of the best TVs on the market. Here’s a brief overview.

The company introduced mini-LED backlighting last year; this year, it’s offering finer control of said backlighting. Equally welcome, not to mention hoped for, is a revamped startup screen. Samsung’s SmartHub was state of the art when it first arrived, but lagged in terms of usability behind Roku, WebOS, and even Google TV over the last few years.

You’re now greeted at power up by a media mashup hub, with a gaming hub close at hand. We haven’t gone hands-on with it yet, but have hopes for more efficient navigation. There’s even support for NFTs (Non-Fungible Tokens) in the improved ambient mode that displays works of art and other images when you’re not watching movies or live TV. That’s great for folks who spend disposable income on NFTs and need a place to display them, but to us, it’s one the most tangential additions to TV tech that we’ve yet encountered.

In a nod to the physical isolation that a certain virus of unknown origin has produced, Samsung is introducing Watch Together mode. Think of it as a Zoom-like overlay to live-action TV that lets people in far-flung households to watch TV together and react to what they’re seeing.

In addition to a new gaming hub, some TVs in this year’s Samsung lineup will offer 144Hz refresh rates. Whether this will improve your play, we can’t say, but it matches up well with the capabilities of the latest consoles. There’s also a gaming bar with a zoom function (so you can view tiny maps) as well as other possibly useful perqs.

The Frame TV series features an uptick in technology with the addition of a new anti-reflective coating, while micro-LED offers a 10-percent boost in color gamut.

Samsung’s 2022 Neo QLEDs, along with improved mini-LED backlighting zone control, will offer increased luminance granularity—from 12-bit to 14-bit, or from 4,096 levels to 16,384 levels. The company is also touting new algorithms that attempt to recognize the focal object in a scene and subtly highlight it to make it pop.

Note that post-publication Samsung’s new QD OLED won an innovation award at CES. The company never mentioned it in our briefings.

You can read all about Samsung’s 2022 soundbar lineup in this other story.