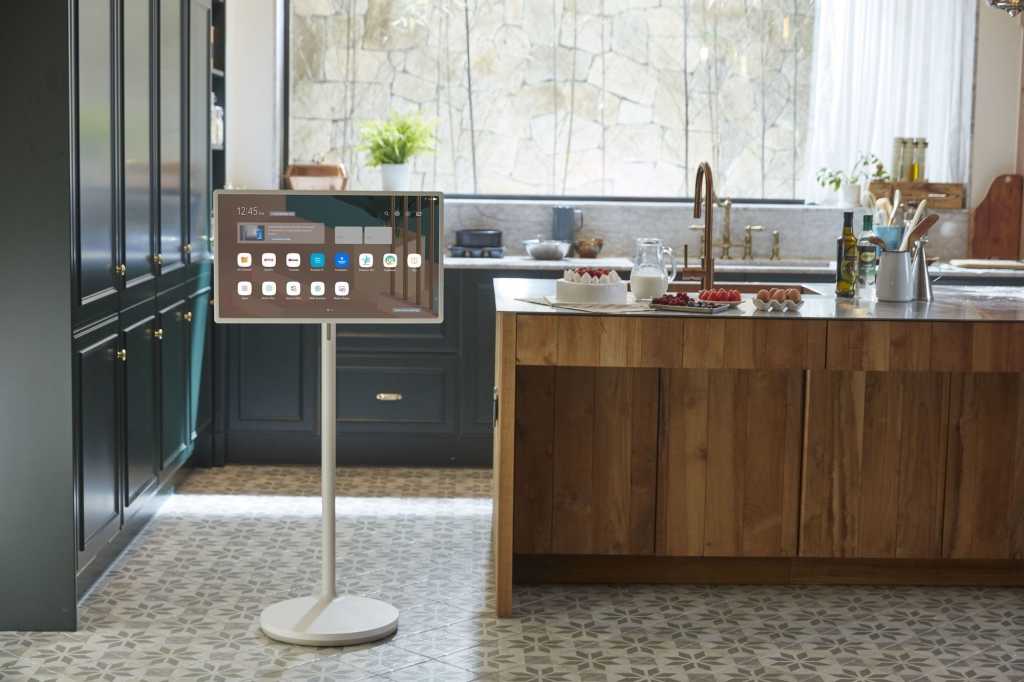 LG is serving up a sneak peek at two of its most eye-catching “lifestyle” TVs to date: a smaller battery-powered model that sits on a rollable stand, and a fabric-covered 65-inch set that can lean against a wall like a work of art. 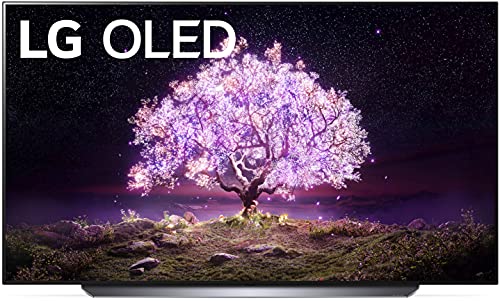 Set to debut at CES early next month, the LG StanbyME is a wireless 27-inch touch display mounted on a height-adjustable stand with concealed wheels, allowing you to roll it from room to room. Meanwhile, the motorized fabric cover on the slim LG Objet TV can be raised or lowered with the push of a button.

Basically a jumbo-sized tablet on a rollable stand, the StanbyME’s touch display can be tilted and swiveled in portrait or landscape modes, while its integrated battery allows for up to three hours of TV viewing between charges.

You’ll be able to stream video from your iPhone or Android phone to the StanbyMe via LG’s Mobile Screen Mirroring feature, while a removable phone cradle on top of the set lets you use your handset’s camera for video calls. The StanbyMe also boasts USB and HDMI connectors for laptops and PCs.

Similar to a tablet, the LG StanbyME has a touch-enabled UI with icons for apps ranging from Netflix and YouTube to a web browser and a media player, and when you’re not activevly using the set, it can display artwork, photo galleries, or a clock.

LG is also showing off the LG Objet TV, a slim 65-inch OLED display with a motorized fabric cover that can be raised or lowered with a button press.

The Objet TV can be leaned against a wall at an angle of up to five degrees, giving it an art-gallery vibe, or it can be installed flush on a wall, while an in-frame cable management system keeps video cords out of sight.

Equipped with an 80-watt 4.2-channel speaker array, the Objet TV’s most arresting feature is its interchangeable fabric cover, which is designed by Danish textile company Kvadrat.

Available in three colors (Kvadrat Beige, Kvadrat Redwood, and Kvadrat Green), the cover can be raised or lowered by pressing a button on the LG remote, and it can completely or partially cover the screen.

When the Objet’s screen is only partially covered, it can go into “Line View” mode, allowing it to display photo galleries, the date and time, media playback controls, or a collection of “space and nature-themes” images.

LG has yet to announce pricing or a ship date for either the StanbyME or the Objet TV.