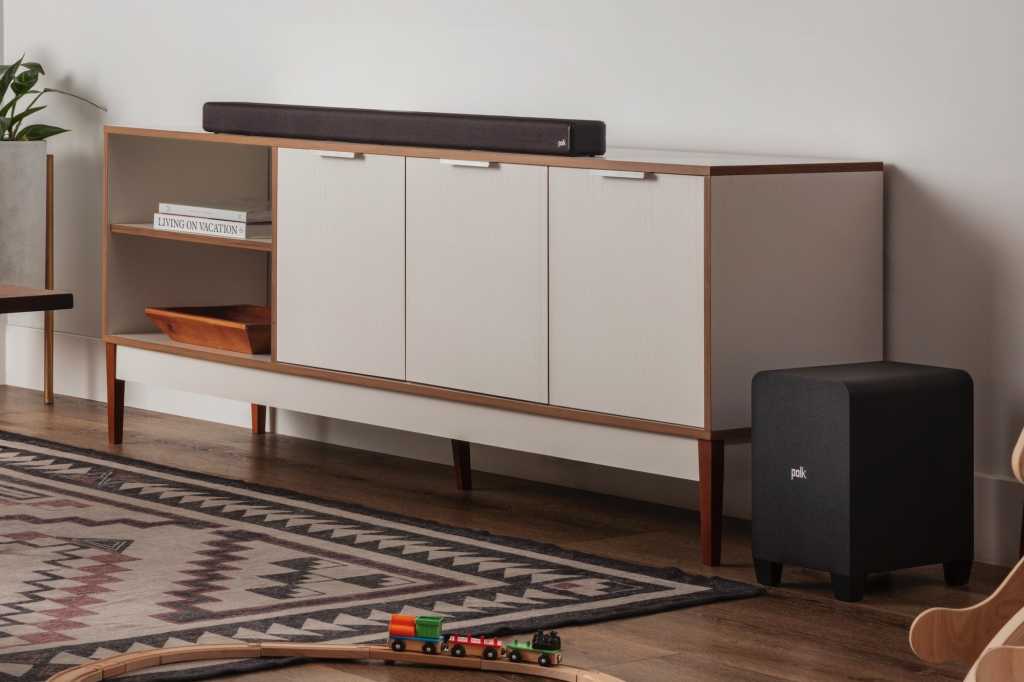 Polk Audio is no stranger to the soundbar market, including models with built-in Alexa and virtual 3D sound. But Polk hasn’t had a Dolby Atmos-enabled model in its soundbar lineup–until now. 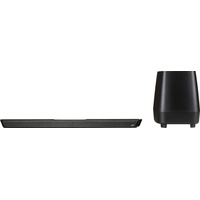 Available today for $399, the Polk Audio Signa S4 is the fourth soundbar in Polk Audio’s Signa line, and in a first for the manufacturer, it comes with Dolby Atmos support, including a pair of upfiring drivers that can bounce sound off the ceiling. The Signa S4 can upmix non-Atmos 5.1 and stereo audio sources to add virtualized surround and height effects.

The wall-mountable Signa S4 also houses a seven-driver array that includes “optimized” tweeters and woofers for the left and right channels, along with a dedicated center channel that features Polk’s dialog-enhancing VoiceAdjust technology.

Besides the main soundbar unit, the Signa S4 comes with a wireless subwoofer that supplies low-frequency effects, while a Bass Adjust setting allows listeners to tinker with bass response on both the subwoofer and the soundbar itself.

While the 3.1.2-channel Signa S4 is bundled with a subwoofer, it does not come with wireless surround speakers. While Polk Audio does offer an optional wireless surround kit (the SR2) that works with some of its other soundbars, the kit is not compatible with the Signa S4. In other words, what you see (and hear) is what you get.

Buttons on the included remote let you choose between sound modes that have been “fine-tuned” for movies or music, while Night Mode narrows the soundbar’s dynamic range for late-night listening sessions.

Rear inputs for the Signa S4 include a single HDMI-ARC connector that supports eARC, an “enhanced” version of ARC that support lossless audio formats such as Dolby TrueHD and DTS-HD Master Audio.

The Signa S4 doesn’t offer network connectivity, so you won’t be able to cast audio to the soundbar via Wi-Fi. That said, Bluetooth is supported, which means you can stream tunes to the Signa S4 from your phone.

We’ll have a full review of the Signa S4 once we check out a sample unit.