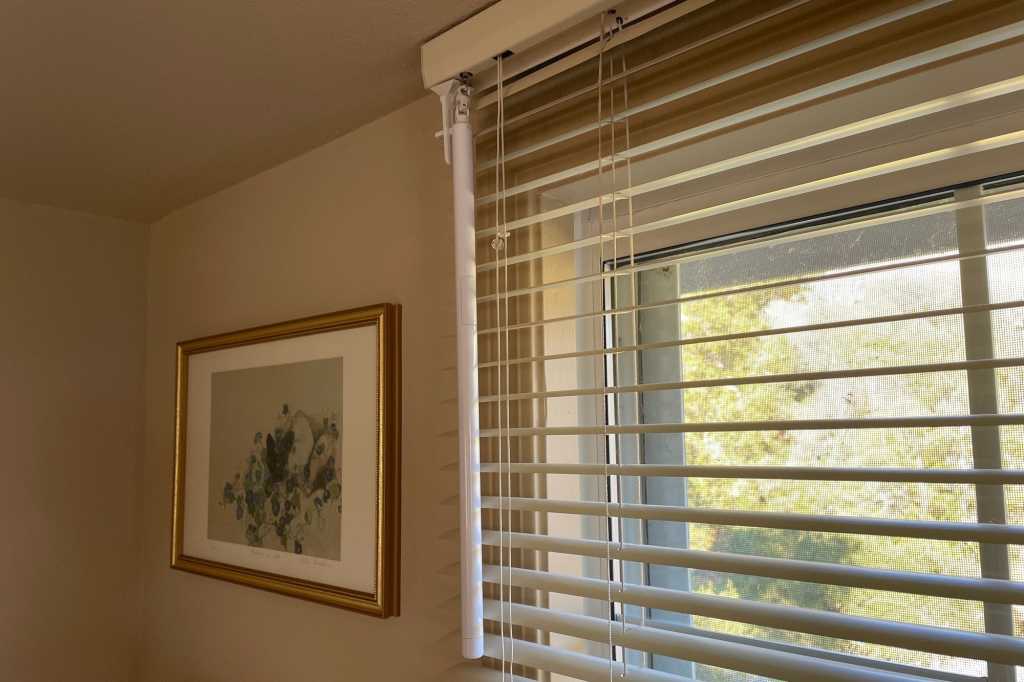 This effective retrofit will make your window blinds smarter, but its software needs considerable work.

Installing smart window shades or blinds is a complex and expensive endeavor. The Serena by Lutron Smart Wood Blinds we reviewed in November 2020 cost $17 per horizontal inch, not including the bridge needed to connect to them a Wi-Fi network. Retrofit solutions are now arriving to take some of the sting out of the process. The $119 Sunsa Wand promises to “make your blinds smart in minutes” by replacing the tilt wand that is common on many horizontal and some vertical blinds.

The Sunsa Wand can’t open or close your blinds (neither can the Serena product, for that matter), but it can adjust the tilt of the slats, from fully open to fully closed. First a word of caution: The Sunsa Wand is an Indiegogo project that was initially slated to ship in February 2021. I received a “final” version of the product—which is now slated to ship in December 2021—but there’s no telling if this is the version that will ship, or if the product will continue to be updated. For what it’s worth, my sample arrived in production-level packaging and appears fully ready to go, though the quick start guide was just a folded piece of paper that directs you to install Sunsa’s mobile app.

This review is part of TechHive’s coverage of the best smart shades where you’ll find reviews of the competition’s offerings, plus a buyer’s guide to the features you should consider when shopping for this type of product. 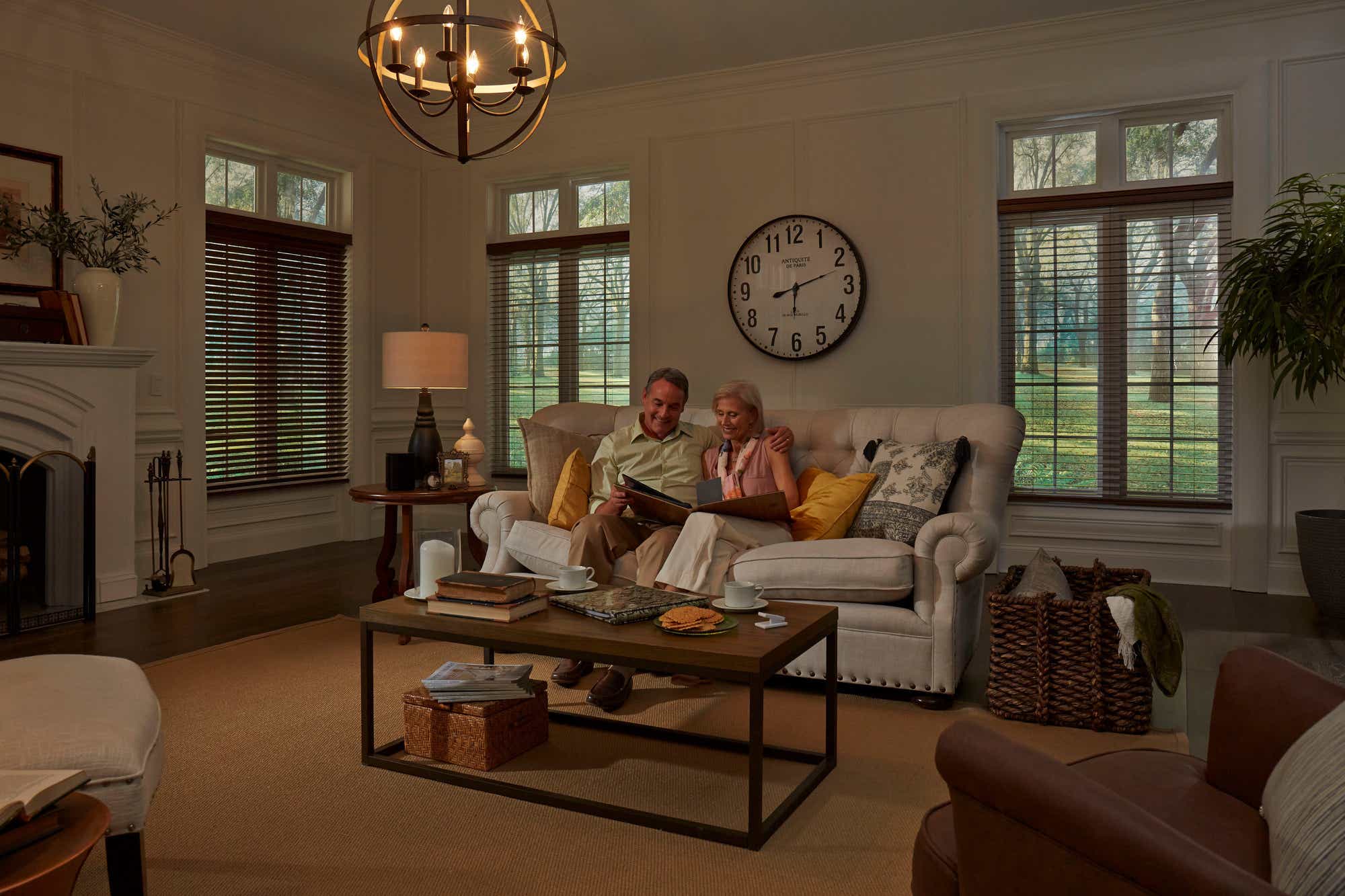 Read our review
MSRP: Made to order; price determined by size, accessories, and installation choices
Best Prices Today: $0 at Lutron by Serena

The Sunsa Wand is exactly that: a squat wand that clips on to the spindle mechanism your existing wand uses. If your blinds rely on strings to adjust their tilt, this device won’t work. It’s a bit fatter and much shorter than the typical wand, but it mainly looks the part. Different types of hooks and attachments are included in the box for different styles of blinds; the standard hook worked out of the box for my blinds. Four AA batteries (included) are loaded into the bottom of the wand for power; Sunsa says batteries should last for about a year before they need replacing.

The trick with any wand, of course, is that it requires leverage to spin. When you do this yourself, you provide that leverage. With Sunsa, the system needs something to “hold on to,” which is included in the form of an adapter that attaches to the headrail of the blinds with adhesive tape. A small tab connects the Sunsa Wand to the adapter, giving it the leverage needed to spin the hook when the motor activates. It’s a necessary design feature but not always the most convenient, as you must disengage the tab from the adapter if you want to control the blinds manually, and even then the tab tends to get in the way, bumping into the adapter or the blinds themselves.

Sunsa claims it takes only 2 minutes to install the system, and that’s true for the wand itself, but figure another 5 to 10 minutes to get the adapter placed just right. From there, the real time commitment begins: Getting the Sunsa app set up. The company has clearly spent a lot of time on its hardware, but next to none on its primitive, undercooked mobile experience. The Sunsa Wand connected to my Wi-Fi network easily (only 2.4GHz networks are supported), but after that, things got dicey.

The calibration process was particularly irksome, requiring you to use the app to open the blinds fully, then close them (slats upward), then close them again (slats downward), using the system to turn the wand just a fraction of a rotation at a time. That’s fine for getting the slats positioned exactly right, but bad for completing the job.

Each movement of the motor can take up to 15 seconds to register within the app, and if something goes wrong, you’ll need to start the whole process over again from the beginning. Calibrating the Sunsa Wand took me more than three hours because the system would inevitably lose its wireless connection and time out at some point: twice on the very last turn before I was about to complete the process.

The good news is that eventually I was able to complete the process, at which point I was able to use the device normally. (It can’t be used at all until calibration is complete.) The system is intuitive in on-demand use—open the blinds, close by tilting them up or down, or drag the slider to somewhere in between, the motor quickly whirring into action to get the job done—but its scheduling system isn’t the best. Is it really necessary to specify the time zone for each scheduled operation? Or at the very least could it default to the time zone I am currently in? Wouldn’t it be helpful when setting up a schedule to select at least one of my Sunsa devices for it to apply to by default, instead of none?  The aforementioned Lutron product has very sophisticated scheduling options, including a follow-the-sun option that adjusts the slat tilt based on where the sun is at in the sky.

And after setting up the schedule, might it also be helpful to set the schedule as active, instead of disabled? Users of the Sunsa scheduling system who find their schedules are not going off as configured probably messed up on one (or more) of these parameters, which are hard to immediately understand and which aren’t documented anywhere. On the plus side, Alexa and Google Home are supported to give the blinds voice-control features, but otherwise the device’s smart features are limited.

Sunsa Wand is a great idea that feels long overdue, but like many crowdfunded smart home products, it remains more than a little rough around the edges. The good news is that most of those edges seem to be in software, and a little time and attention through version updates should help improve things considerably.