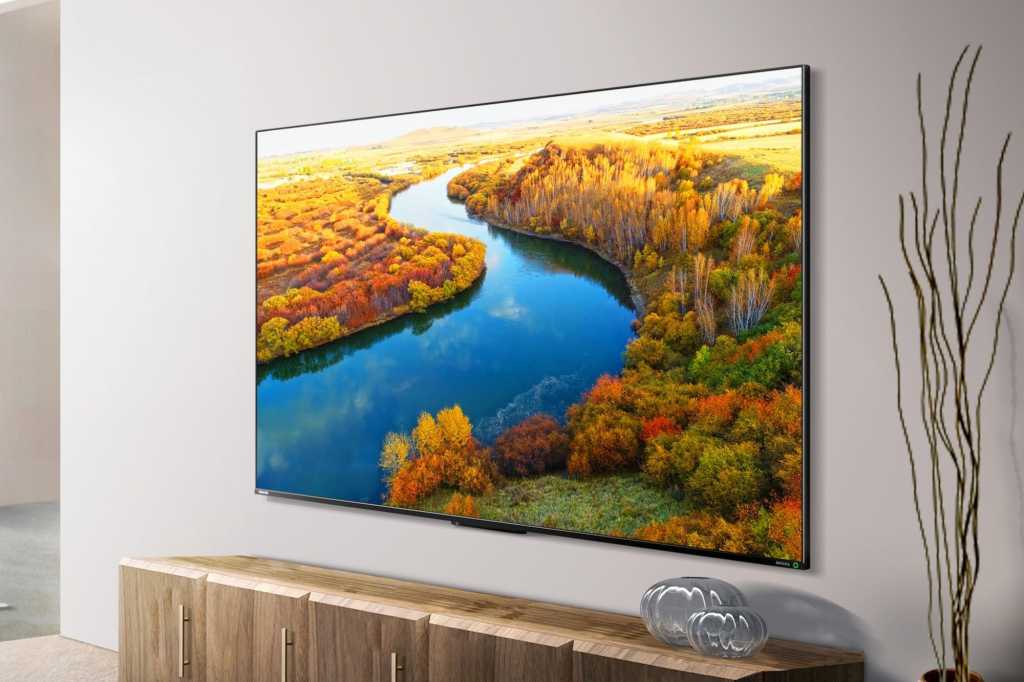 Following in the footsteps of Amazon’s recent Omni and 4-Series Fire TVs, Toshiba is unleashing a new flagship M-series 4K TV that boasts hands-free Alexa, while adding a key feature—local dimming—to the mix.

Besides the 48 zones of local dimming, the bezel-less M550KU boasts a 120Hz native panel as well as Auto Low Latency Mode, which should appeal to gamers looking for smooth visuals.

But while the M550KU has a native 120Hz refresh rate, it’s not clear whether the M550KU can handle the 4K@120Hz visuals delivered by the latest and greatest gaming consoles, including the PlayStation 5 and Xbox Series X, while support for VRR (variable refresh rate) is another question mark. We’ve reached out to Toshiba for more details.

Equipped with a far-field four-microphone array, the Toshiba M550KU marks the first Fire TV set from a third-party manufacturer to offer hands-free Alexa, allowing you to summon Alexa without having to press a button first.

Another feature coming to the M550KU from Amazon’s Omni Series is Live View Picture-in-Picture, which lets you check your security cam feeds or see who’s ringing your Ring video doorbell without interrupting your videos.

The M550KU supports HDR10 and Dolby Vision HDR (we’ve reached out to Toshiba about HDR10+ support), along with Dolby Atmos sound. For non-Atmos audio content, the M550KU offers DTS Virtual:X, which can create a virtualized 3D sound field from 5.1-channel and even stereo audio sources.

Also under the M550KU’s hood is Toshiba’s Regza Engine 4K, which is designed to enhance 4K color and contrast.