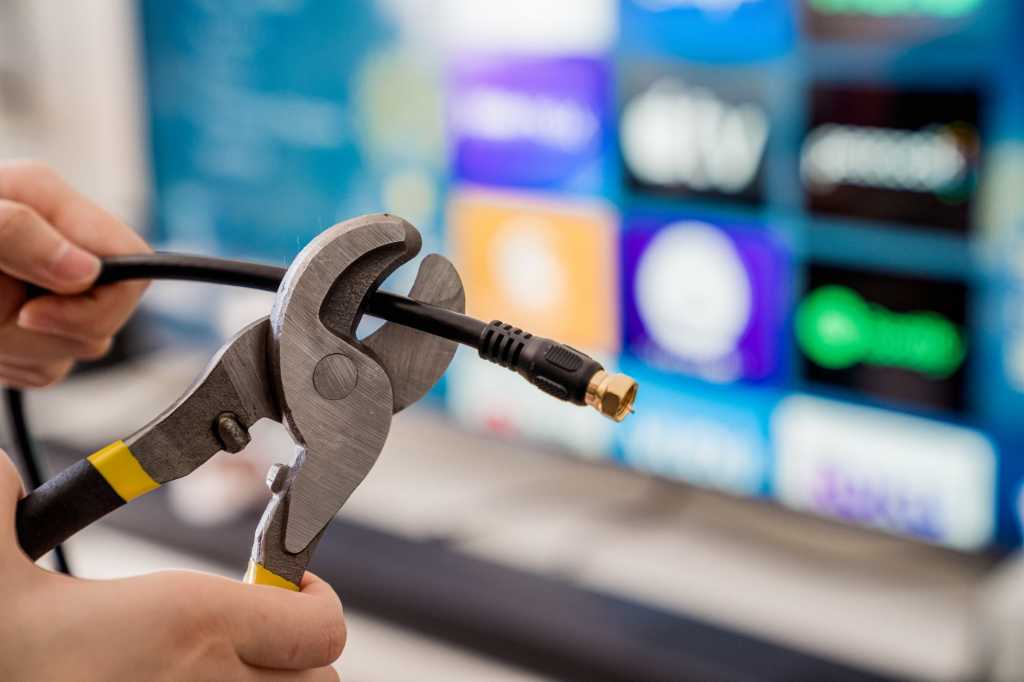 Black Friday tends to bring its fair share of dubious deals on undesirable products, but it’s always a fruitful sale event for cord-cutters.

As in previous years, you can pick up a wide range of streaming devices at record low prices, and many streaming services are now offering discount subscriptions so you can watch more for less.

Still, some of these deals are better than others, and a handful should be avoided outright. Here’s a guide to getting the best cord-cutting devices and services for your money on Black Friday:

If you’re at a loss for which streaming device to buy during Black Friday, here are my top picks:

Roku Streaming Stick 4K, for streaming simplicity: Roku’s new Streaming Stick 4K is on sale for $29 right nowRemove non-product link, which is $20 off the list price. This is Roku’s cheapest 4K streaming player with Dolby Vision HDR support, and it gets better Wi-Fi reception than the $40 Roku Express 4K+ (which is not on sale this Black Friday).

Roku’s interface isn’t the flashiest, but it’s simple to use and offers easy access to free content. It also comes with handy features such as private headphone listening through the Roku mobile app and a “replay” button that jumps back several seconds in the current video. The Streaming Stick 4K is a worthy upgrade if your current Roku is feeling slow, lacks volume and power buttons on its remote, or suffers from buffering problems.

Fire TV Stick 4K Max, for Alexa lovers: Amazon’s new Fire TV Stick 4K Max is on sale for $35 on Black FridayRemove non-product link, shaving $20 off the list price. Even if you don’t have a 4K TV, it’s worth the money over cheaper Fire TV players for its significantly faster load times.

I’m not crazy about Amazon’s menu system, which frequently feels confusing and overloaded with promotional content. Still, Alexa is a capable assistant on this device, letting you launch content, tune to live TV channels, and look for things to watch from your subscriptions. Get this streamer if you’re into talking to your TV.

I like the new Chromecast because of its content-driven home screen, which recommends things to watch based on your preferences and lets you track shows through a universal watchlist. If you’re tired of jumping in and out of multiple apps all the time, this is the deal to jump on.

At $179, the Apple TV 4K is considerably more expensive than other options, but it’s by far the fastest streaming box, and its ad-free interface is a breath of fresh air. The gift card deal is a good one if you anticipate using the credit on Apple subscription services or other devices or accessories. Alternatively, Amazon is selling the Apple TV 4K for $160, with the final price appearing at checkout.

Roku Streambar for $80: Regularly $130 and often on sale for $100, this 4K HDR streaming box doubles as a compact soundbar, providing a nice improvement over your TV’s built-in speakers. Buy it if you want an audio upgrade with minimal hassles.

Walmart Onn UHD streaming box for $20: This isn’t a Black Friday deal, but the Onn UHDRemove non-product link is still a great price on a surprisingly great 4K HDR streamer. Buy it instead of the Chromecast with Google TV if you want a cheaper option and aren’t taking advantage of Google’s streaming service bundles.

Chromecast for $20: This is the old Chromecast, which doesn’t come with a remote, so it relies entirely on the apps on your phone or tablet to control content. At $10 offRemove non-product link, it’s a decent supplemental streaming option, or a way to loop your TV into a whole-home music system with Google Assistant smart speakers.

Chromecast Ultra and Stadia controller for $22: This dealRemove non-product link gives you a remoteless 4K Chromecast, plus a controller for Google’s Stadia game streaming service. It’s a great deal for PC gamers, who can also use the controller for other games over USB.

Sideclick remotes on sale: Sideclick is a neat accessory that adds extra programmable infrared controls next to your streaming remote, so you don’t need a separate remove to switch inputs, change over-the-air channels, or control A/V receivers that your streaming remote can’t. A Black Friday sale brings the price to $15 for the Roku, Fire TV, and Shield TV add-ons, or $13 for the Chromecast with Google TV add-on.

for new and returning subscribers. Runs November 25 through November 29.

An antenna can still be a valuable cord cutting tool if your reception is good enough, and Black Friday brings some decent savings on antennas and over-the-air DVR products.

ClearStream antenna deals: Antennas Direct is one of the more honest antenna vendors in a market full of misleading marketing, and you can currently take an extra 30 percent off its ClearStream antennas with the coupon code SHOPEARLY. Notable deals include the Eclipse indoor antenna for $28, the amplified model for $42, the 4MAX indoor-outdoor antenna for $105, and the DB8e outdoor antenna for $112. (The latter is our pick for best roof-mounted antenna.) Just be aware that free shipping requires a minimum $50 purchase.

Tablo’s HDMI models are on sale as well. Unlike the options above, these plug directly into your TV, but can also stream to Roku, Fire TV, and Android TV devices at native broadcast quality. Get the dual-tuner model for $115 or the quad-tuner model for $165.

Note that in all cases, you’ll need a Tablo subscription to enable most DVR features.

Plex Pass for $90: For advanced cord-cutters who want to set up an over-the-air DVR on a Plex media server, lifetime Plex Passes are currently 25 percent off with the code LIFETIMEOFCOMFORT at checkout.

As always, I recommend steering clear of streaming devices that don’t have TV volume and power controls built into their remotes. That rules out the Walmart-exclusive Roku LE, the previously-discontinued Roku Premiere, and Amazon’s Fire TV Stick Lite.

There are a couple of exceptions to this rule: If you’re using a separate universal remote to control your streaming players, the lack of volume and power controls on your streaming remote won’t matter. Same goes if you’re pairing a Roku with a soundbar or receiver that uses an optical audio connection, as Roku devices can only control external sound systems over HDMI-CEC. Otherwise, having TV controls built into your streaming remote is well worth the extra expense.

The newer Streaming Stick 4K gets better Wi-Fi reception, has faster performance, and supports Dolby Vision HDR, yet it seems that retailers are looking to dump their old inventory on shoppers who don’t know the difference. Don’t be one of them.

Sign up for Jared’s Cord Cutter Weekly newsletter to get this column and more news, tips, and deals in your inbox Friday.