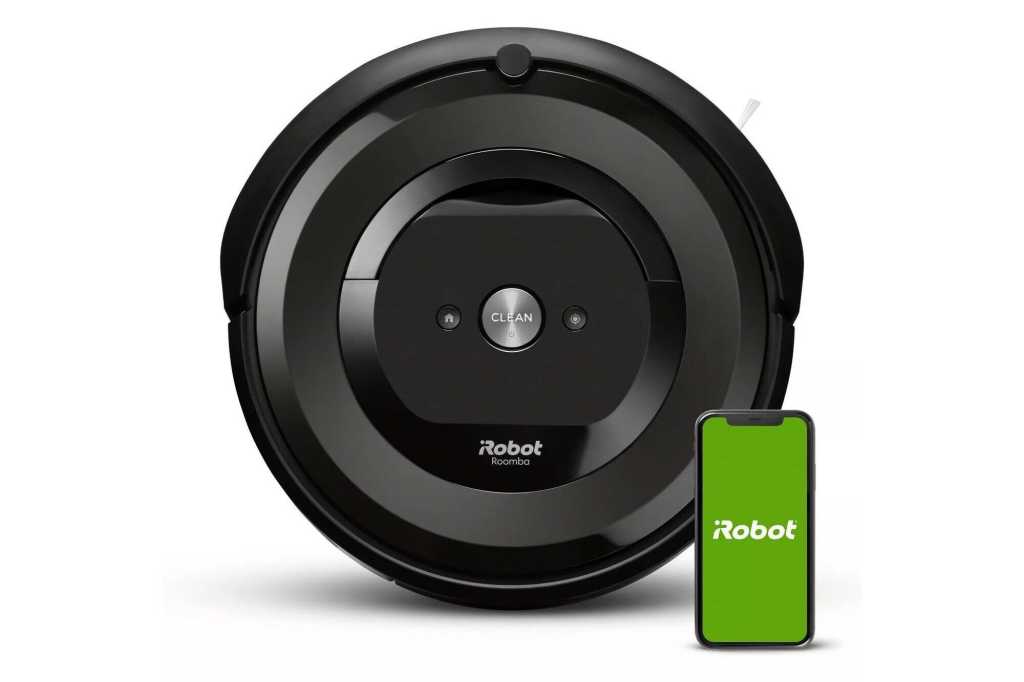 Vacuuming is a thankless chore, why deal with it when you can program a robot to handle the job? Fierce competition is steadily driving prices down, but there’s no better time of year to buy—or to upgrade to a higher-end model—than Black Friday.

All the major brands—Eufy, iRobot, Neato, Roborock, and more—have ruthlessly slashed prices for the holiday shopping season, but no manufacturer has unlimited inventory. If you see a good deal on the model you’re looking for, snap it up before it goes out of stock.

This upper mid-range robot vac/mop hybrid boasts strong suction power of 2700Pa, and when you use it in Auto mode, it will automatically adjust its suction power in accordance with the type of floor its on. Being a hybrid, this bot can also mop your hard-surface flooring. The icing on the cake is the optional charging station that will automatically empty the vacuum’s dustbin. The Proscenic Automatic Dust & DirtRemove non-product link accessory usually sells for $100, but you can pick it up during Black Friday for $50.

The D-shaped design of Neato robot vacuums allow them to get into corners that stymie round robots. The model D8 uses LIDAR navigation technology to map your home’s floorplan, so it can clean more efficiently. It’s outfitted with a battery that can clean up to 750 square feet on a single charge, automatically returning to its base to recharge.

iRobot pioneered the idea of a robot vacuum that can empty its own dustbin, but early on, you could only get the feature in its most expensive models. The company has now brought the concept down to its mid-range vacs, including the Roomba i3+.

See the iRobot Roomba i3+ on AmazonRemove non-product link

What’s better than not vacuuming your floors? Not mopping your floors, either. Robot mop/vac hybrids are getting more and more sophisticated, and the Roborock S7+ is one of the best. It’s a great vacuum with a self-emptying dustbin, and it uses sonic vibration technology to active scrub your hard-surface floors. Note: Be sure to click the coupon checkbox to get this deal.

If you have more room in your robot-vac budget, iRobot’s Roomba i6+ adds the convenience of room-by-room cleaning and even more sophisticated navigation and mapping thanks to vSLAM technology. And that’s on top of its self-emptying dustbin.

See the iRobot Roomba i6+ on AmazonRemove non-product link

The larger battery in the Neato D9 is just the ticket for larger homes. This bot can vacuum 1,600 square feet on a single charge. LIDAR navigation and a mobile app that lets you divide your home into zones, so that rooms that tend to accumulate more dirt—such as your dining room or hallway—get extra attention.

About the only compromise you’ll need to make with this budget-priced robot vac is that you’ll need to place magnetic boundary strips in areas you don’t want it to go. Apart from that, it can be controlled with an app and it delivers 2000Pa of suction power.

The Roomba e5 uses rubber brushes that are less likely to get tangled with pet hair, and its Dirt Detect feature senses areas of your floors that have accumulated more dirt. When it does, it will clean that area more robustly.

Shark’s robot vacuum not only empties its own bin when it returns to its base for charging, it’s also equipped with a self-cleaning brushroller. And like most upscale robot vacs, you can control it with voice commands via Amazon Alexa or Google Assistant.

The iLife A4s Pro is our top pick in budget robot vaccums, and this deal at Amazon makes it an even better value. You won’t find a lot of bells and whistles on this model, but you will get suction power of 1500Pa, which boosts to 2000Pa in spot-cleaning mode. And iLife’s ElectroWall device creates a virtual barrier for any area you don’t want the robot wandering into.

Wyze Labs is known for delivering products with advanced features at phenomenally low prices and its Wyze Robot Vacuum is certainly no exception. It’s unusual to find LIDAR navigation tech in a $250 robot vac, and that alone makes this deal even more compelling. You can buy it directly from Wyze for $200 plus shipping, or at Amazon for $220Remove non-product link, where Prime members get free shipping.

The Yeedi K60 is a no-frills robot vac to be sure. You’ll use a handheld remote to control it, and because it doesn’t come with any type of boundary blocking, you’ll need to make sure your floors are clear of the kind of clutter than can jam it up. But it’s great for small spaces and the price—especially this deal—is oh so right.

Black Friday traditionally comes the day after Thanksgiving, marking the beginning of the holiday shopping season. This year, Black Friday falls on Friday, November 26. But retailers have been launching Black Friday deals even weeks earlier in recent years, trying to beat the competition to the punch.

The price of a robot vacuum is proportional to the sophistication of the technology that makes it operate. Robots that use LIDAR (Light Detection and Ranging), SLAM (Simultaneous localization and mapping), and similar technologies can navigate your home better than models with simpler technology, such as cameras.

Sensors for detecting the amount of dirt on the floor allow the vacuum (or mop, in the case of hybrids) to increase its suction and/or scrubbing power and to determine the difference between carpeting, rugs, and hard-surface floors. Robots that have smartphone apps are easier to program and control than models with handheld remote controls. Features like self-emptying dustbins will also goose the cost of the vacuum. The more features you can live without, the less you’ll need to spend.