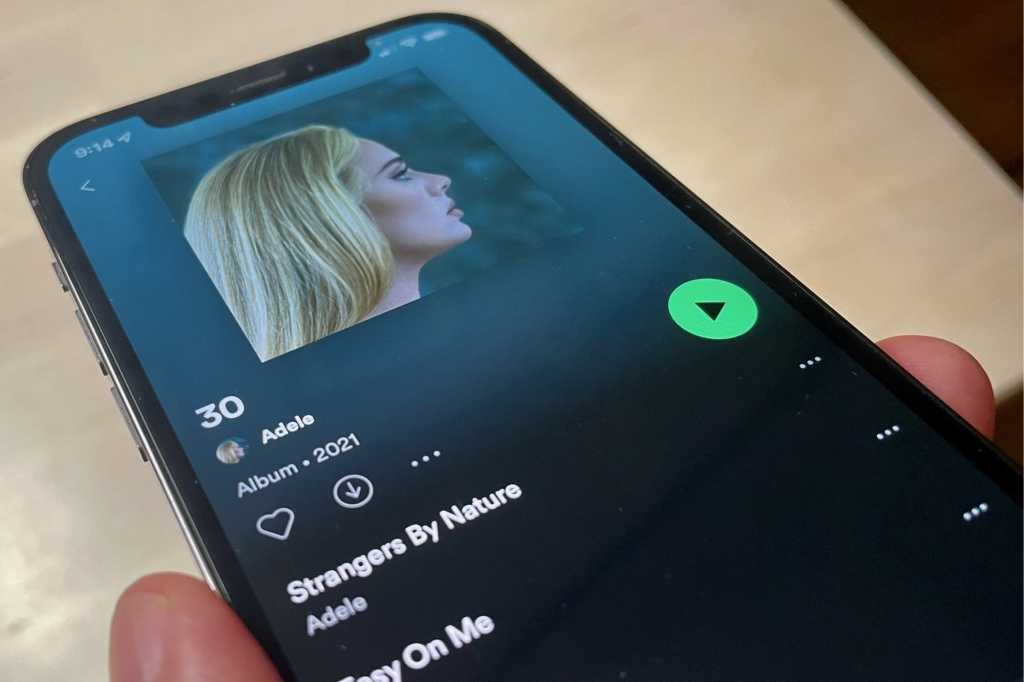 Annoyed by the prominent shuffle button that appeared in Spotify’s album view? Adele was too, and now the streaming giant is disabling auto-shuffling when Premium subscribers stream entire albums, including Adele’s 30.

In a tweet over the weekend, Adele said that removing the default shuffle button from Spotify’s album view was “the only request I had in our ever changing industry.”

“We don’t create albums with so much care and thought into our track listing for no reason,” Adele continued. “Our art tells a story and our stories should be listened to as we intended. Thank you Spotify for listening.”

In an email to Mashable, a Spotify rep confirmed that the company had replaced the default shuffle button in its album view with a standard play button, but only for paid Premium users; Spotify Free users are still stuck with the shuffle button.

If you insist on shuffling songs from Spotify’s album view, you can always go to the Now Playing screen and tap the shuffle button.

Spotify’s “Shuffle Play” button has gradually grown more prominent over the years, to the point where the button was essentially the streamer’s second logo.

Back in February 2020, the button lost its “Shuffle Play” text in the Spotify app and got its current look, with the telltale triangular “play” icon and a smaller inset “shuffle” icon featuring the familiar criss-crossing arrows.

But while the Shuffle Play button makes sense when teeing up a Spotify radio station or a playlist, it’s front-and-center presence on the album view annoyed artists and listeners alike.

Whether it’s Adele’s 30 or Sgt. Pepper’s Lonely Hearts Club Band, most albums (and arguably even compilations and “best of” records) are meant to be played in track order, not randomly jumbled, but Spotify seemed to be actively encouraging the practice by making Shuffle Play the default.

Spotify’s swapping out of the Shuffle Play button from its album view comes just days after the streamer finally rolled out live lyrics to its app, making it easier for users to sing along to the favorite playlists.