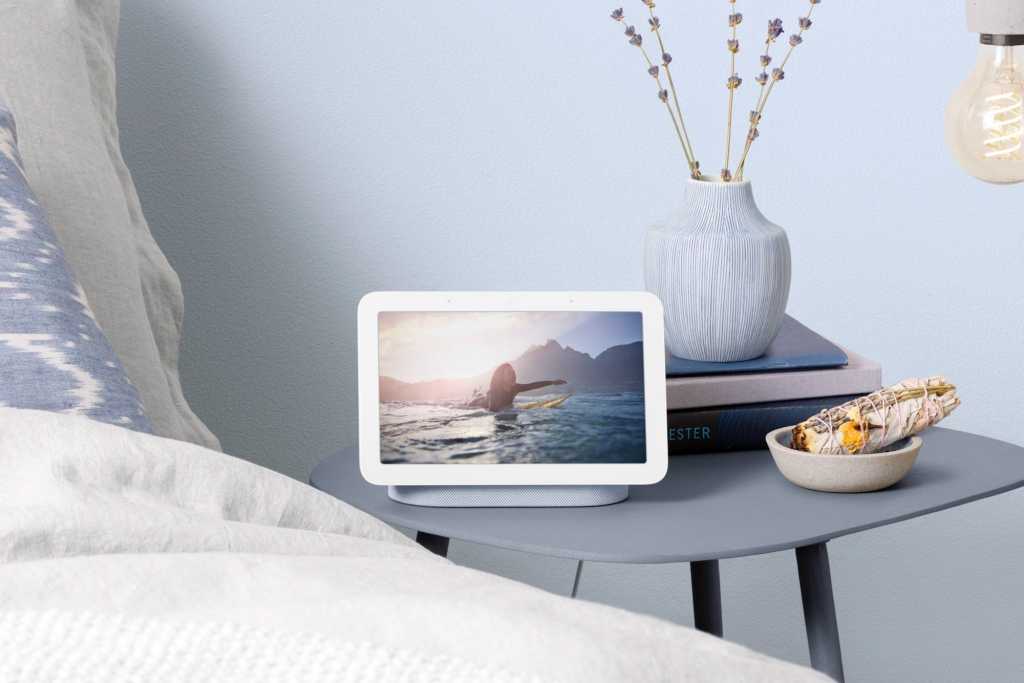 Black Friday may be over, but the deals aren’t quite done yet. With Cyber Monday upon us, there’s still time to snag great prices on a new Alexa-, Google Assistant-, or Siri-enabled speaker.

We’ve found Cyber Monday deals for both Amazon Echo and Google Nest speakers and displays, and there are even some discounts to be had on Apple’s HomePod Mini speaker.

Just be sure to strike while the iron is hot, because the best smart speaker deals tend to sell out fast.

Looking for the most affordable smart speaker on Cyber Monday? Here you go. This isn’t the most recent Echo Dot model (although there’s a sale on that one too—see below), but the third-gen Echo Dot boasts virtually every feature that’s in the fourth-gen version, including Bluetooth, an audio-out jack, and most importantly, Alexa herself. At just a hair below $20, the discounted third-generation Dot is perfect for those who want Alexa in every room. And if you grab this alternate bundleRemove non-product link, Amazon will throw in a Sengled color smart bulb for free.

The latest Echo Dot boasts a new, spherical design and slightly upgraded sound. Functionally speaking, however, it’s the same Echo Dot as the previous version, complete with onboard Alexa, top-notch smart home capabilities, plenty of communication skills, Bluetooth, and an audio-out jack. Even on sale, you’ll be paying a premium over the third-gen Dot, but the pricier fourth-gen version is still a great deal considering what you get.

Yes, this is pretty much the same smart speaker as the latest Echo Dot, but you’d be surprised how handy that built-in clock display is, and it even switches to the temperature (pictured above) when you ask Alexa for a weather report. The Echo Dot with Clock also comes with a “tap to snooze” feature (now on the standard 4th-gen Dot too) that rounds out its alarm clock skills.

One of our favorite smart speakers, the fourth-generation Echo has a spherical design similar to the new Echo Dot, Dolby audio (including lossless support for Amazon Music), a built-in Zigbee smart hub, and the ability to sense when people are in the room, perfect for triggering Alexa routines. The Echo also supports Sidekick, Amazon’s new low-power neighborhood network for smart devices.

While it lacks the sharper 13-megapixel camera in the second-gen Echo Show 8, the original version is still a heck of a smart display, complete with an 8-inch screen, impressive audio quality, support for Zoom video chats, and plenty of streaming video options, from Amazon Prime Video and Netflix to Hulu + Live TV and YouTube. Best of all, it’s a whopping $50 off for Cyber Monday.

The refreshed Echo Show 5 arrives with a 2MP camera, twice the resolution of the original, while a new proximity sensor lets the display trigger Alexa routines when people enter the room. There’s also a physical camera shutter for privacy, a 1.65-inch speaker for listening to Spotify or Amazon Music, and (as with the larger Echo Show 8) more streaming video options than you can shake a stick at. This is the first major discount we’ve seen on the new Show 5, so now’s the time to grab it.

We rarely see any discounts at all on Apple’s latest HomePod, so a $10 price drop on the Siri-enabled HomePod mini is worth writing about. Roughly the same size as Amazon’s fourth-gen Echo Dot, the HomePod mini serves as a HomeKit home hub, and it also boasts better audio quality than Amazon’s smallest smart speaker. Even better, it comes with an integrated Thread border router, meaning you’ll be Matter-ready when the new smart home standard arrives next year.

Google’s diminutive Nest Mini smart speaker is getting a massive discount for Cyber Monday, so there’s never been a better time to stock up. The revamped Nest Mini has improved audio quality compared to the older Home Mini, along with a mounting hole in its base, an additional microphone, and a machine-learning chip that speeds up Google Assistant’s answers. For this price, you might as well get two.

We’ve called the Google Nest Audio the best-sounding smart speaker you can buy for $100, so with its $40 Black Friday discount, the Nest Audio is an even sweeter deal. Equipped with a 75mm mid-woofer and a 19mm tweeter, the Nest Audio sounds sensational for the price, and you also get Google Assistant aided by an on-device AI chip. If you spring for two Nest Audio speakers (why not?), you can pair them for stereo sound.

Now that it can track your sleep with a radar-like Soli chip, the second-gen Nest Hub makes for an even better fit on your bedside table. With its 7-inch screen, slim design, solid audio quality, and intuitive touch interface, the Nest Hub is one of the best smart displays we’ve tested, and it’s even tougher to resist now that it’s half-off for Cyber Monday.

Google’s largest smart display doubles as a superb digital photo frame, thanks to Google Assistant’s intelligent photo pairings and Ambient EQ, a feature that automatically adjusts the screen’s color and brightness to match the ambient light. Of course, there’s also the Assistant’s smart home capabilities, as well as native support for Netflix, Disney+, YouTube, and other streaming video apps.

At first glance, Lenovo’s compact Smart Clock Essential looks like a typical alarm clock, complete with a monochrome digital display and a small readout for the weather. However, the Smart Clock Essential also answers to “Hey Google,” and you can ask it to set alarms and timers, read the latest headlines, and even control your smart home devices. Now just $30 for Black Friday, we’d wager the Lenovo Smart Clock essential is currently cheaper than many dumb alarm clocks.

When is Black Friday/Cyber Monday?

Traditionally, Black Friday is the day after Thanksgiving, and for 2021, that means Friday, November 26. But retailers have been serving up Black Friday deals much earlier in recent years. You might see some eye-popping deals on Thanksgiving day, for example, and some early Black Friday sales kicked off as early as late October this year. Meanwhile, Cyber Monday is the first Monday following Black Friday, and this year it falls on November 29.

With Amazon and Google releasing revisions to their top smart speakers and displays every couple of years, you’ll often find older generations of Echo and Nest devices selling for deep discounts, and these earlier-gen versions often aren’t that much different than their newer counterparts. In other words, you can save big on Black Friday if you skip the latest and greatest.

Smart speakers manufactured by Amazon, Apple, and Google appear to be readily available so far, although it’s safe to say that steep Black Friday discounts will disappear shortly after Cyber Monday. Meanwhile, smart speaker inventory from other companies, particularly Sonos, have been scarce due to ongoing supply chain shortages, so discounts might be tough to come by aside from the big three.

From Amazon to Walmart, all the major online retailers and big-box stores will have plenty of Black Friday and Cyber Monday smart speaker deals on hand. Here’s where to start looking once the big day hits: