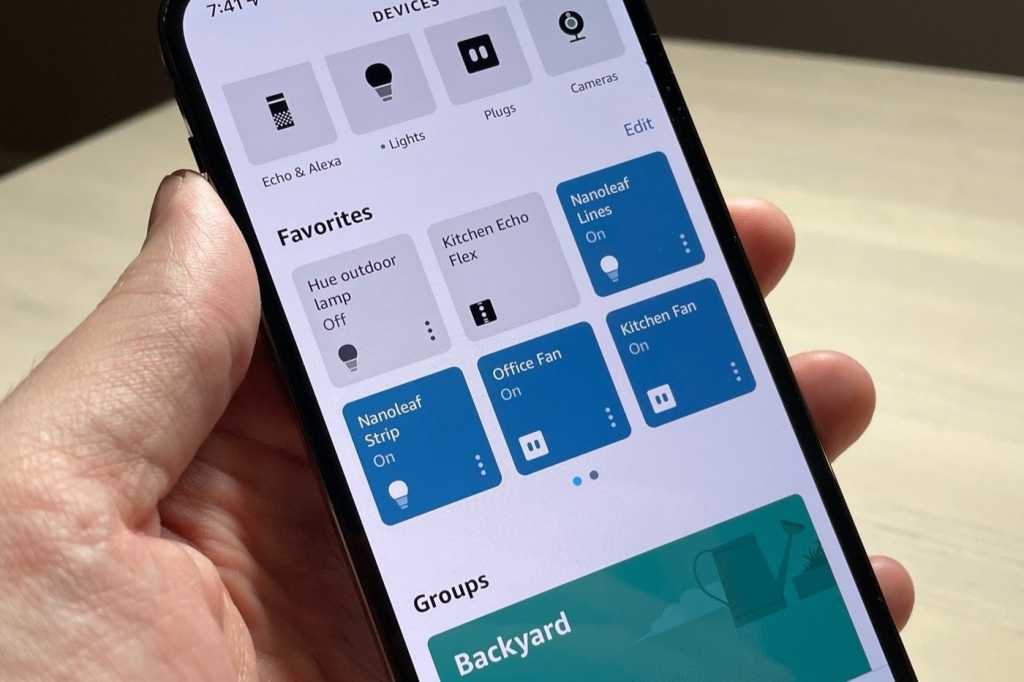 Amazon has rolled out an update to the Alexa app that lets you add your most-used smart devices as Favorites, a handy new feature that comes saddled with some quirks.

An announcement for the new Favorites feature popped up in my Alexa app this morning, with Amazon calling Favorites a way to “quickly turn on or off lights and more.”

The Alexa app will auto-add some of your smart devices to your Favorites, which appears on the Devices tab just above your Groups.

You can see six Favorites at a time, and you can swipe the screen to see more. The buttons look similar to the ones you’ll see in the Apple Home app, and you can tap them to toggle specific devices on and off.

An Edit button lets you quickly add or remove Favorites, but annoyingly, you can’t drag the buttons to rearrange them. That means if there’s a specific smart device that you want to appear on the first Favorites page, you’ll have to delete existing Favorites until there’s room on the first page to add a new one.

Tapping a three-dot “overflow” icon on one of the Favorites buttons takes you to the settings screen for the device. In the case of a smart light, that’s the screen where you can adjust its brightness or change its color temperature.

While it’s great that the Alexa app now lets you add smart devices as Favorites, it would be even better if you could add a scene as a Favorite, too. For example, I’d like a Favorite that would activate the scene that turns all my downstairs lights on, as opposed to just a single downstairs bulb.

Also, while I get the logic that smart home Favorites appear on the Devices tab, I’d prefer if they appeared on the Home tab, which is the first thing you see when you open the Alexa app. That would save us the trouble of having to switch to the Devices tab to access our one-tap Favorites buttons.

Or, how about this: Keep the Favorites buttons on the Devices tab and allow us to set Devices rather than Home as the default when opening the Alexa app? Even better, let’s just ditch the Home tab entirely, given that it offers little more than useless suggestions and promos for Amazon services. Seriously, would you miss it?

In any case, you should be able to try smart home Favorites now in the Alexa app, so give it a try.