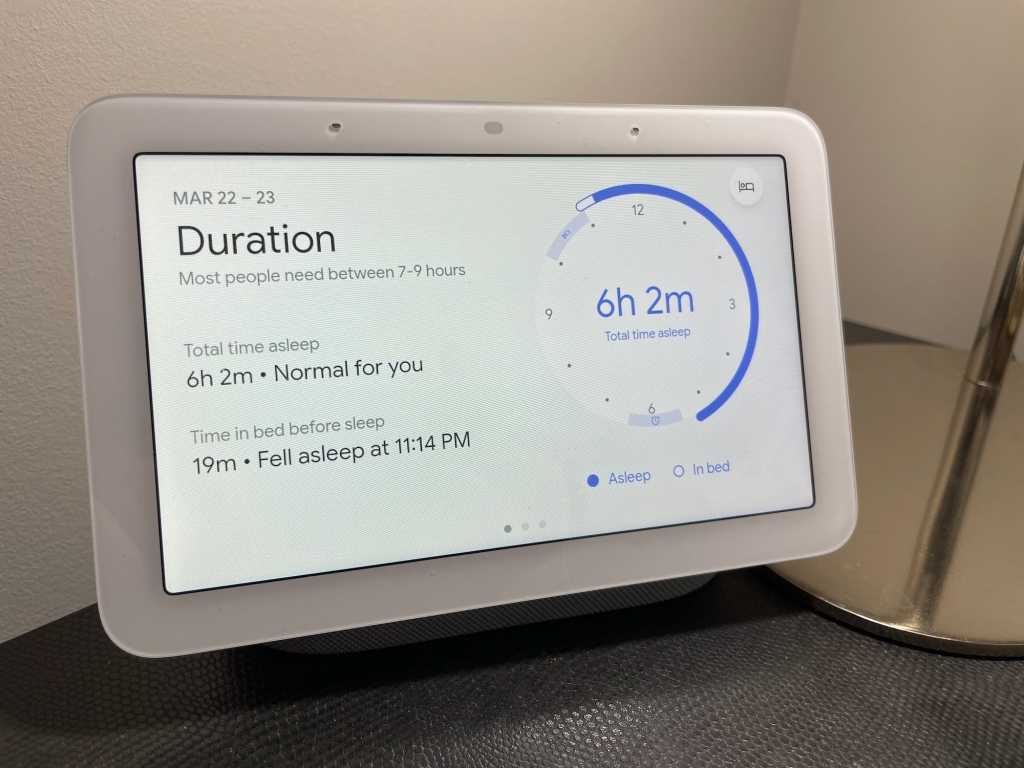 When Google first unveiled the revamped Nest Hub back in March, the tech giant said the display’s new sleep-tracking features would be free through the end of the year, but it was vague about what would happen after that. Would Google start charging Nest Hub users extra for Sleep Sensing? Well, now we know.

Google just revealed that yes, the Nest Hub’s Sleep Sensing functionality will eventually cost you, but the good news is that you won’t have to pay up for more than a year.

Here’s the deal: Eventually, Google will roll Sleep Sensing into Fitbit Premium, the subscription plan for Fitbit users that costs $10 a month, or $80 a year. So if you’re planning on having your Nest Hub track your sleep indefinitely, you might as well get a Fitbit (which is, of course, now owned by Google) while you’re at it.

But Google also said that Sleep Sensing will remain free through the end of 2022, which means that if you want to keep using the feature, you won’t have to pony up for Fitbit Premium (which offers benefits such as “premium” Fitbit challenges, detailed health and fitness stats, wellness reports, and hundreds of workouts and “mindfulness” sessions) until the end of next year, at the earliest.

Currently exclusive to the second-generation Nest Hub, Sleep Sensing is an opt-in feature that lets the display monitor your sleep without a wristband. Powered by a Soli chip (a tiny, built-in radar), the Nest Hub can sense your breathing as you slumber, and it’ll give you detailed reports about your sleep history and quality.

Besides revealing that Sleep Sensing will eventually become a paid feature, Google also served up some details on new sleep tracking abilities that are slated to arrive beginning today.

First up, “sleep staging” will allow the Nest Hub to give you more details about the various stages of your sleep, including how long you were in light, deep, and REM sleep, as well as how long you were awake.

Google says it’s also improved the Nest Hub’s sound detection functionality, which means it can now differentiate your snores and coughs from those of a sleeping partner. Following the update, the Nest Hub will lump sleeping sounds from a partner into an “other sounds” category, along with any loud sounds it might detect.

Finally, the Nest Cam will add Calm, an app designed to boost sleep meditation and relaxation. The Calm app boasts a library of sleep stories, meditation exercises, music, and more, according to Google.