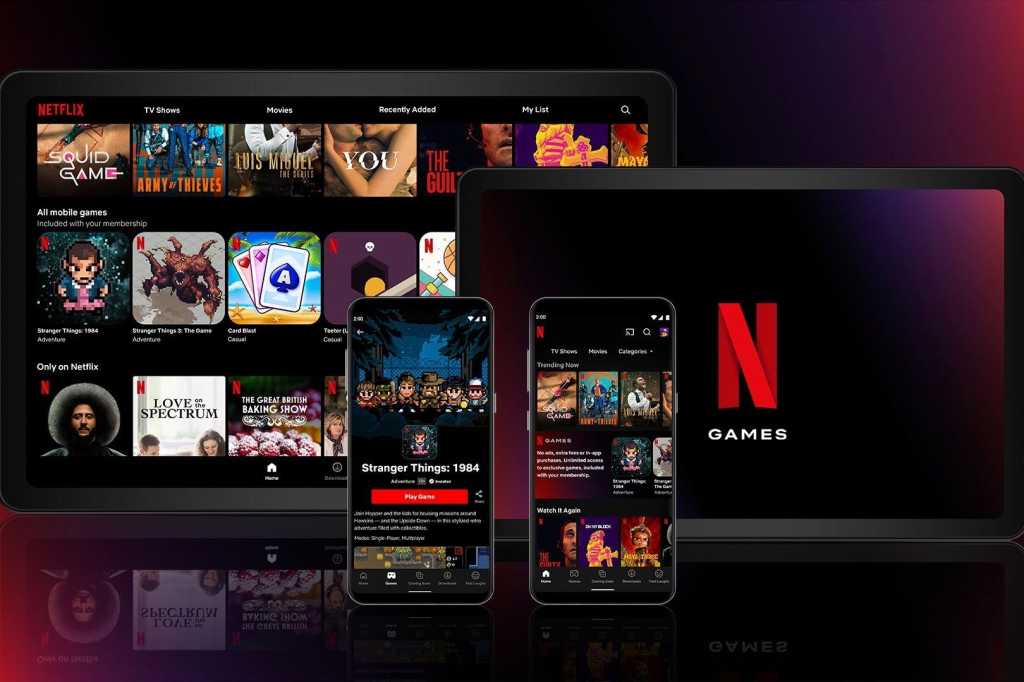 As promised, the games will be free for Netflix subscribers, with no ads or in-app purchases, and they’ll be available for Android devices worldwide. In a tweet, Netflix said that games for iOS users are “on the way.”

Android phone users will see the games in a dedicated row and on a games tab, while tablet users will be able to select “Games” from the category drop-down.

Multiple devices on the same Netflix account will be able to play the mobile games, Netflix said, adding that some of the new games will be playable offline, while others will require an internet connection.

However, the titles won’t be available for kid profiles due to “child safety” concerns, according to the streamer.

Word of Netflix’s gaming ambitions first began trickling out over the summer as the company hired Mike Verdu, a gaming exec known for his mobile expertise.

In August, Netflix rolled out Stranger Things: 1984 and Stranger Things 3 for Android, but only in Poland. At the time, Netflix said that its gaming efforts were in “it’s very, very early days.”

Netflix has dabbled in games before, most conspicuously with Black Mirror Bandersnatch, an interactive episode of Netflix’s Black Mirror series.

But Netflix is clearly getting serious about gaming, with Verdu, now Netflix’s VP of gaming development, saying in a press release that “we’re just getting started.”

Updated on November 11, 2021 with the news that Netflix has now rolled out games for iOS as well as Android.