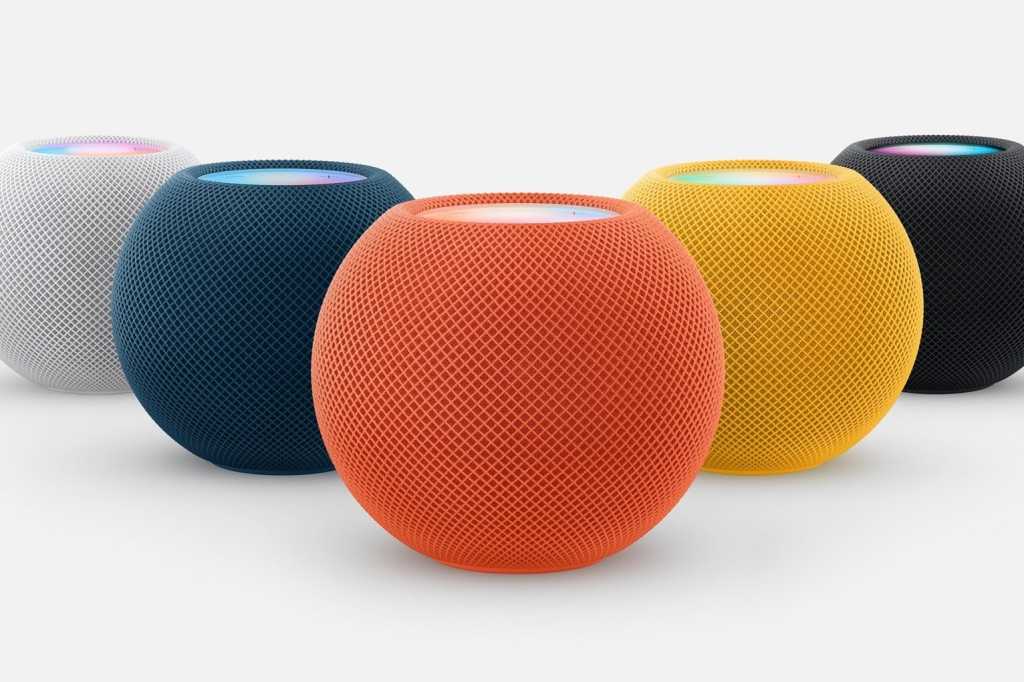 If you were waiting for big news about the HomePod mini at Apple’s “Unleashed” event on Monday, what you got were…new colors. Three of them, to be exact.

Starting in November, you’ll be able to pick up the new HomePod mini (well, it’s actually not that new anymore) in three more flavors: yellow, orange, and blue. The HomePod mini is currently available in white and space gray.

As far as new functionality for the HomePod mini goes, that was pretty much restricted to Apple Music Voice Plan, the Siri-only tier of Apple Music that will cost just $4.99 a month. The new, cheaper Siri plan will be accessible on any Siri-enabled device, including the HomePod mini and the new, third-gen AirPods.

Unveiled almost exactly a year ago, the $99 HomePod mini has seen only a smattering of new features since its debut. You can now select a HomePod mini as the default speaker for your Apple TV 4K, and coming soon—hopefully—the HomePod mini will support Apple Music Lossless and spatial audio.

But other than that, the HomePod mini hasn’t been making a lot of news lately, although there have been some behind-the-scenes HomePod headlines.

For example, there’s word that Apple recently rehired one of the original HomePod engineers, which could bode well (maybe?) for the HomePod mini’s future.

In more downbeat news, we also just learned that Apple has wiped all mention of the full-sized, ill-fated HomePod from its website, more than seven months after the speaker was officially discontinued.

So, what would be big news on the HomePod front? Perhaps a HomePod with a display, which would compete with Amazon’s Echo Show line and the Google Nest Hub and Hub Max. A full-on HomePod display would be an exciting development, and indeed, there have been plenty of rumors about such a device being in the works.

Or, try this on for size: a cheaper HomePod (a mini mini?) or, even better, a price cut for the existing HomePod mini. At $99, the HomePod mini doesn’t qualify as an impulse buy as the $50 (and frequently discounted) Amazon Echo Dot and Google Nest Mini do. By chopping its price tag, the HomePod mini would stand a better chance of being the kind of smart speaker you’d put in every room.

For now, though, it appears we’ll have to make do with new HomePod mini colors, as well as that Siri-only Apple Music plan.