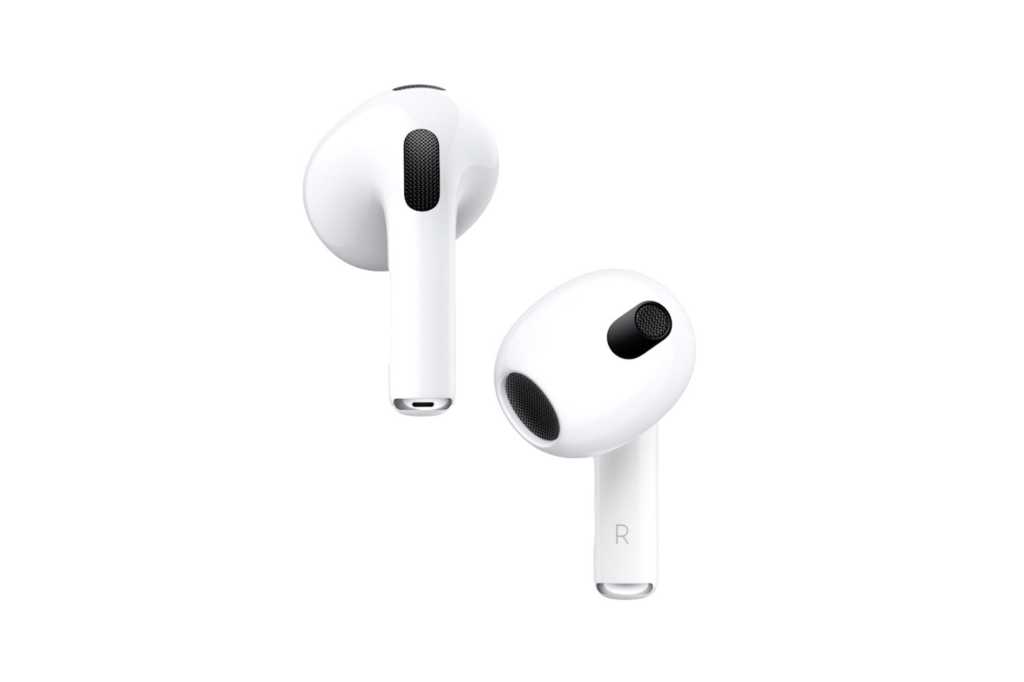 Apple unveiled its redesigned, third-generation AirPods on Monday, adding key features such as spatial audio with head tracking as well as—finally—sweat and water resistance. Active noise cancellation is still missing from the AirPod’s bag of tricks, however.

Available starting October 26 for $179 (the second-gen AirPods are getting a $30 price drop to $129), the new AirPods have a new, more contoured design, a shorter stem, and squeezable “force sensors” for controlling your music.

A new, low-distortion driver promises to deliver “powerful” bass and “crisp” high frequencies, Apple says, while the microphone has an acoustic mesh covering that should help reduce wind noise.

Even better, the revamped AirPods now have an IPX4 rating for resistance to water splashes from any direction, meaning they should be safe for a jog in the rain. That’s the same IP rating as the AirPods Pro; the first- and second-gen AirPods didn’t have official IP ratings.

While the third-gen AirPods look slightly different than its predecessors, the buds themselves still have an open-ear design, and there’s no active noise cancellation. For noise-cancelling AirPods with a tight seal, you’ll need to pony up for the AirPods Pro (or AirPods Max, if you want cans rather than earbuds). Meanwhile, Samsung’s competing Galaxy Buds2 do offer active noise cancellation for just $150.

That said, Apple will bring spatial audio with head-tracking support over to the new AirPods, a feature that was formerly exclusive to the AirPods Pro and Max. Spatial audio allows for a three-dimensional soundstage, ideal for Dolby Atmos-enabled music tracks.

Also coming to the third-gen AirPods is Adaptive EQ, a feature that’s designed to tune the audio in real time based on the fit of the earbuds. Again, that’s a feature that was only available on the AirPods Pro and Max up until now.

Apple is promising six hours of battery life for the new AirPods, an hour more than the previous generation, while a five-minute charge should yield about an hour of use. The charging case, which is now MagSafe-compatible, can fully charge the AirPods four times, for up to 30 hours of total battery life.

Updated shortly after publication to correct the amount of the price drop for the second-gen AirPods; they are getting a $30 discount, not $50.