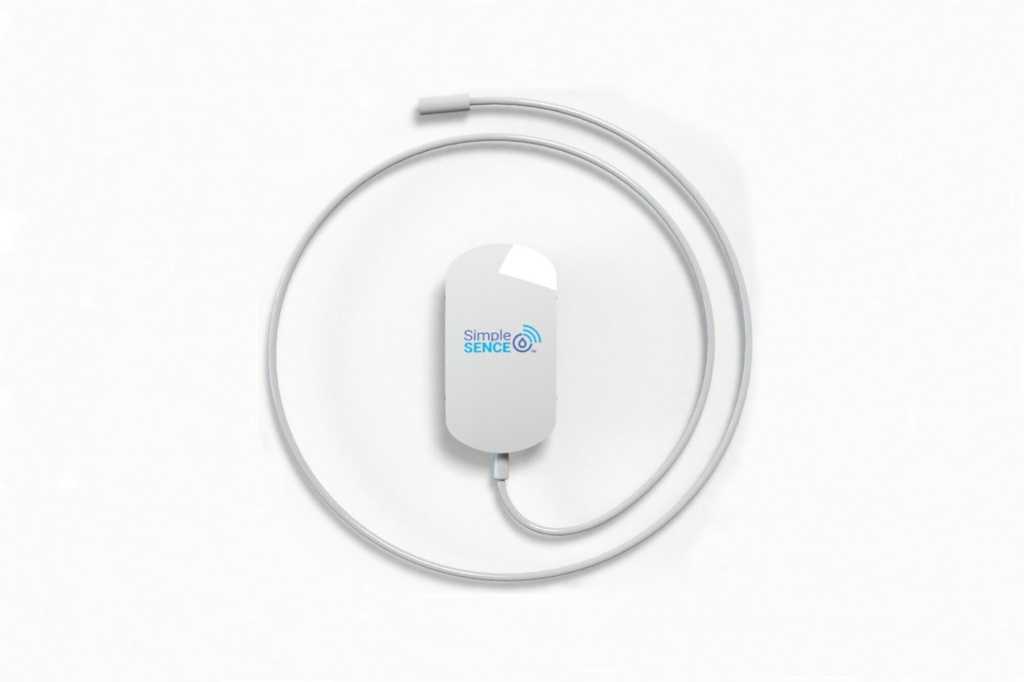 Image: Sencentric
At a Glance

The SimpleSence leak sensor comes with an extension tail that expands its utility.

Of all the things that can go wrong in a house, a water leak is close to the worst. It’s especially nefarious because it can begin without warning, slowly doing damage for days or weeks until it’s much too late, introducing substructure flooding and causing the growth of toxic mold.

The good news is that it is increasingly easy to detect when water leaks occur, and when we last reviewed Sencentric’s SimpleSence in 2019, we declared it an effective if simplistic way to detect both water leaks and freezes. Now that the product has been modestly updated for 2021—and given an extension to its name, Capteur—we’re taking a fresh look at the device.

This review is part of TechHive’s coverage of the best water leak sensors, where you’ll find reviews of the competition’s offerings, plus a buyer’s guide to the features you should consider when shopping for this type of product.

The biggest change with the SimpleCence Capteur is the inclusion of a “tail” in the box, a braided 3-foot-long cable that significantly enhances the device’s usefulness. Instead of water needing to come in contact with the SimpleSence device itself, the conductive tail provides three extra feet of surface along which it can detect a water leak. If water touches the tail at any point (or hits the leads on the end probe), it will sound its alert.

This lets you snake the tail around a water heater or washing machine, or make a loop beneath the kitchen sink – giving you insurance against water running in a different direction than you expected (or being blocked from hitting the device itself by something in the way). If three feet isn’t enough, up to five total tails ($25 each) can be daisy-chained together, for a maximum of 15 feet of coverage. If you need to detect water leaks along the entire length of a room’s wall, say, the Capteur has you covered.

One additional design change has been made to the device, including the removal of speaker holes present on the original. Sencentric says this solves two issues: making the unit watertight, and reducing the possibility of false alerts in highly humid environments. On the other hand, that obviously slightly reduces the volume of the unit’s internal alarm; though that’s hard to judge accurately, in my testing alarms weren’t easily audible from even one room away.

Other than these tweaks, the device seems largely the same. It’s still powered by two AAA batteries (two years of life is specified), and it sets up quickly with its bare-bones mobile app, connecting to Wi-Fi (2.4GHz only) expeditiously. The app does not appear to have changed significantly, offering measures of battery life, wireless strength, and the time/date of the most recent water and freeze events. There’s still no running history of alerts, but as our prior review noted, since email and/or text messages are sent when the sensor is tripped, those can work as fallbacks.

As with our 2019 review, I found the device to be responsive during live testing, although not instantaneous, taking about 10 seconds of sustained contact with water (and about 15 minutes in the freezer) to trip the alarm—on either the device itself or a segment of the tail. Text and email alerts invariably arrived soon after, giving the user plenty of time to react to a water leak.

The biggest issue, however, is the same as it was in 2019: This is a standalone device that doesn’t fit in with other smart home ecosystems or work with smart speakers like Amazon’s Echo, which could helpfully announce a water leak in the basement that would otherwise go unnoticed if you didn’t have your phone in hand. If you have any type of smart home or security hub already, it probably makes more sense to install a leak/freeze sensor that’s designed to work with that unit. You’ll miss out on the tailpiece, but the interconnected features of a purpose-built sensor should more than make up for that loss.