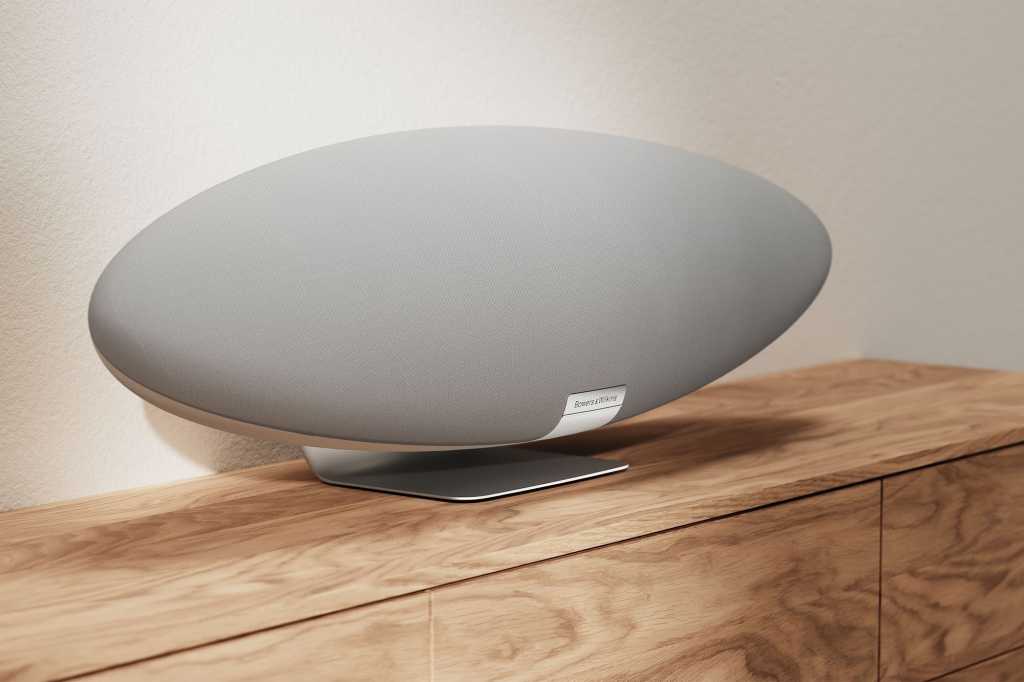 Bowers & Wilkins turned heads when it brought the highly unconventional Zeppelin to market 15 years ago. The all-in-one speaker shaped like the German dirigible sounded better than anything in its class, and it could stream music from your iPod—remember those?—while charging it. The 2015 model dropped the iPod dock—and the Apple exclusivity—while also adding support for the aptX codec. B&W’s engineers have gone back to the drawing board one more time to reimagine the Zeppelin for today’s streaming age.

The speaker’s shape is no gimmick, so B&W had no intention of messing with a winning formula, even if they have upgraded all the components inside it. The design places the speaker’s decoupled double-dome tweeters—the same high-frequency drivers used in the 600 Anniversary Series loudspeakers—at the far ends of enclosure, where they’re fully isolated from vibrations produced by the other larger drivers.

Two 90mm midrange drivers, featuring the company’s Fixed Suspension Transducer (FST) technology, have been brought over from B&W’s 800 Series Diamond floor-standing loudspeakers. Finally, a 150mm bass cone fabricated from a woven composite material, although it is not B&W’s famous Continuum material—takes up residence in the very center of the cabinet. Class D amplifiers direct 40 watts to each tweeter, 40 watts to each mid-range, and 80 watts to the woofer.

As it did with its driver designs, Bowers & Wilkins also brought over some of the wireless networking technology from its higher-end Formation series of powered speakers. Zeppelins operate on a proprietary wireless network using spectrum in the 5GHz frequency range, and B&W says networked speakers will have less than 1ms of latency. A firmware update promised for early 2022 will enable multi-room scenarios. The new Zeppelin app is also essentially the same as what comes with Formation products. The key difference, however, is that you can’t set up two Zeppelins as a stereo pair—there is no in-room radio onboard to support such a configuration. Zeppelin’s will, however, be able to operate as zones in a network of Formation speakers once that new firmware is available.

It should come as no surprise that the Zeppelin supports AirPlay 2 and all the latest music-streaming services, including Qobuz, Deezer, Last.FM, Soundcloud, and Tidal (although there is no support for MQA streaming from that last service). Spotify Connect support is also onboard, and B&W says Spotify’s high-res streaming tier—Spotify HiFi—will be supported as soon as it becomes available. You can also stream music directly from your phone via Bluetooth, with support for the aptX Adaptive codec. When streaming over Wi-Fi, streams with up to 24-bit resolution and sampling rates up to 48kHz are supported.

Finally, the new Zeppelin will be a true smart speaker for the first time in the product line’s history: An onboard microphone array will support Amazon’s Alexa digital assistant, but the company says it has no plans to also support Google Assistant.

The all-new Zeppelin is expected to be available for order in Midnight Grey (dark) or Pearl Grey (light) now, at a retail price of $799.