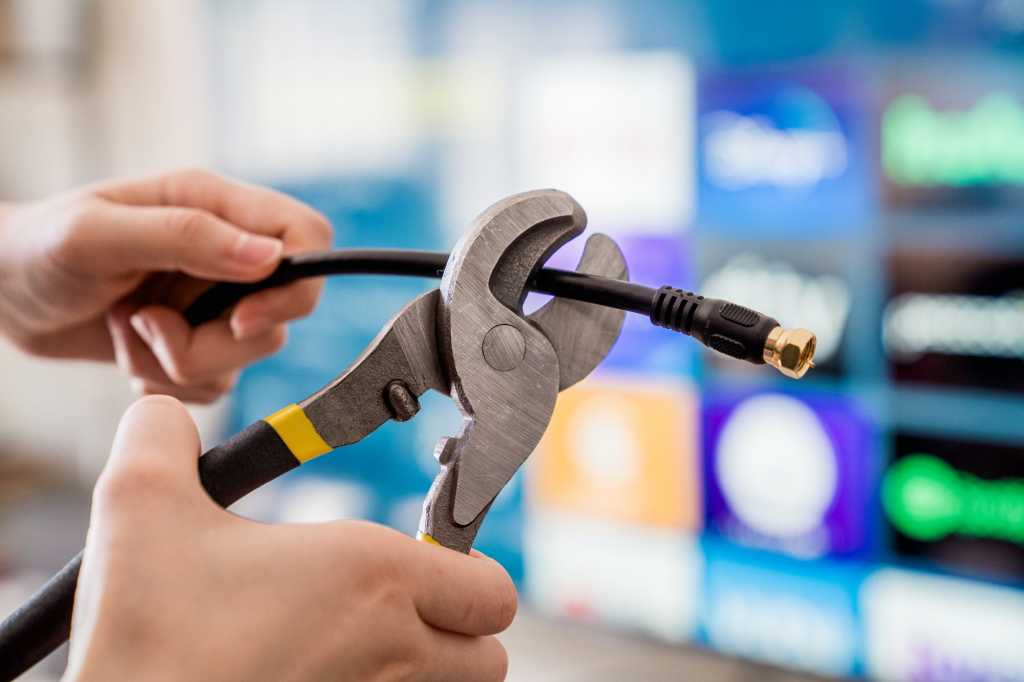 Update: Late Thursday night, YouTube TV and NBC agreed to a short extension of their current contract while they continue to negotiate their carriage dispute. As of now YouTube TV has not dropped any NBC channels. The original story continues below.

As I write this, YouTube TV’s NBC channels are in limbo.

On Sunday, both YouTube TV and NBCUniversal started warning users that their carriage agreement will expire on September 30. If the two companies can’t make a deal by then, YouTube TV will drop more than a dozen NBC-owned channels from its lineup—including local NBC stations—while also dropping its price by $10 per month.

The two companies could always make amends by the time you read this. (I’ll update the story if they do.) But regardless of what happens, the dispute feels like more than just another carriage dispute. Instead, it marks a new chapter in the streaming wars, one in which TV networks fight even harder to fleece TV bundle subscribers, and providers like YouTube TV push back harder to stop them.

In terms of what’s at stake, NBCUniversal (which is owned by Comcast) operates NBC, Bravo, CNBC, E!, Golf Channel, MSNBC, the Olympic Channel, Oxygen, Syfy, Telemundo, Universal Kids, Universo, and USA Network. It also operates six regional NBC Sports Networks and has a stake in SNY, which could also be dropped in the carriage dispute.

As Variety’s Todd Spangler reported on Sunday, NBCUniversal was not merely trying to extract higher prices for these channels from YouTube (which is owned by Google). The network was also pushing Peacock Premium—normally a $5-per-month standalone service—as a mandatory add-on for YouTube TV subscribers. (A report by industry analysts at Lightshed Partners later corroborated this aspect of the carriage dispute.)

Peacock is NBCUniversal’s attempt to build a streaming business that doesn’t cannibalize cable, so it has little overlap with NBC’s cable channels. While Peacock’s Premium version does offer primetime NBC shows the day after they air and live access to Sunday Night Football, it doesn’t include live local NBC stations or NBC-owned cable channels such as MSNBC, CNBC, or Bravo.

Until now, NBCUniversal and other TV networks have been content to build up their streaming services without forcing them on pay TV subscribers, merely funding the former with profits from the latter. You don’t have to pay for Disney+, Paramount+, Discovery+, or HBO Max as part of your bundle, nor should you.

But after a weak launch and an Olympics in which everything seemed to go wrong, NBCUniversal is casting about for new sources of growth. Hence the desire to push Peacock the old-fashioned way, through mandatory bundling. (Already, Comcast bundles Peacock Premium with its Xfinity TV and internet services, and Cox provides Peacock Premium to its TV subscribers.)

The good news is that YouTube seems to have held its ground. Citing an NBC source, Ars Technica reported on Tuesday that bundling Peacock is off the bargaining table. And Lightshed’s report notes that NBC has been stuffed before, with Charter declining to bundle Peacock with its Spectrum TV and internet services.

Still, I don’t expect the strategy to go away. As TV networks fixate on building Netflix-sized streaming businesses, it’s only natural that they’ll lean even harder on cable, satellite, and streaming bundles to fund those efforts.

Meanwhile, YouTube’s offer—or threat, depending on your view—to reduce YouTube TV’s price from $65 per month to $55 per month in case of a blackout came as a breath of fresh air.

In the cable and satellite TV era, the networks made a fine art out of seeking more money for their channels and demonizing TV providers for protesting. They’d instigate blackouts, then encourage their customers to complain to the likes of DirecTV or Charter, which for all their faults would rather not drive customers away with higher prices.

As I wrote a couple years ago, TV providers were historically terrible at countering these PR efforts. They’d seldom spell out that customers who complained were essentially advocating for their own price hikes, and they’d never go so far as to compensate for lost channels with discounts. (At best, they might give you a free antenna and wish you luck in picking up a signal.)

But when NBC started warning YouTube TV viewers that their channels were in jeopardy, YouTube immediately responded in force, promising a $10-per-month discount if the two companies couldn’t reach an agreement. While that offer won’t satisfy everyone, at least it signals that YouTube isn’t afraid to lose those channels and compensate customers for the inconvenience.

That brings us to the other reported sticking point in YouTube’s dispute with NBC. As Lightshed’s analysts reported this week, YouTube TV may be seeking “most-favored-nation” status as a TV provider, meaning that it if other providers manage to negotiate lower rates for NBC channels, YouTube would automatically pay those lower prices as well.

It sounds like inside baseball, but the demand is ultimately a way for YouTube TV to keep prices under control. It also shows YouTube in a position of strength as one of the lone sources of growth for TV bundles, which overall lost more than 1 million subscribers last quarter. (YouTube TV just hit 4 million subscribers, having added 200,000 customers last quarter according to MoffettNathanson.)

None of which is to say that the price of pay TV bundles won’t keep rising. But if networks like NBCUniversal are going to push for more bundling and higher prices, cord-cutters should be pleased when their TV providers fight back.

Sign up for Jared’s Cord Cutter Weekly newsletter to get this columns like this every week and keep up with the ever-changing world of streaming video.