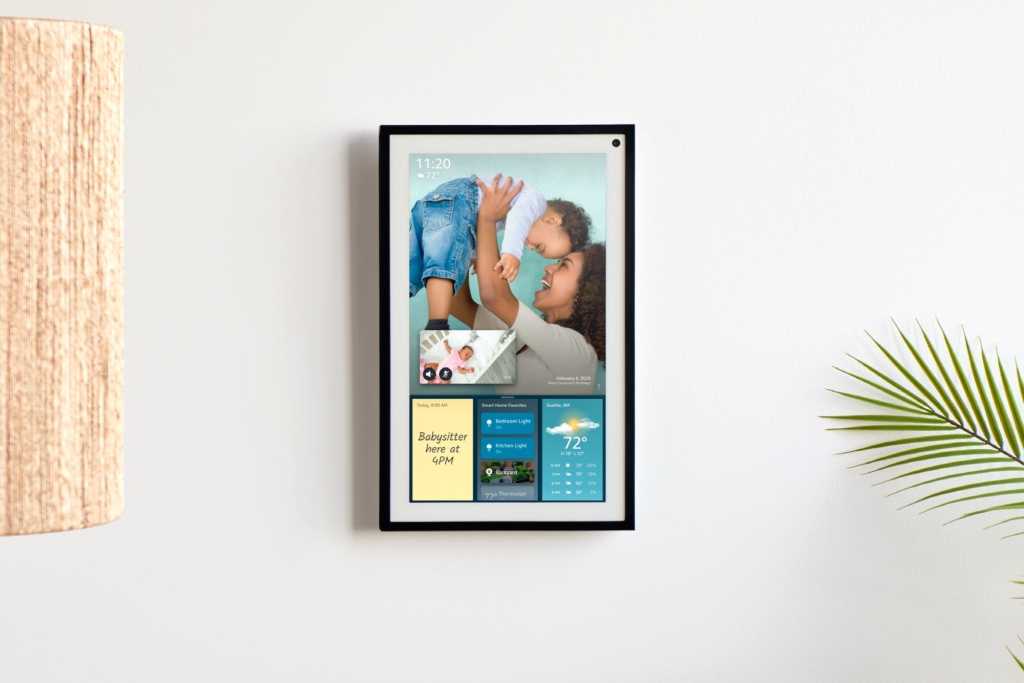 Slated to arrive later this year, the $250 Amazon Echo Show 15Remove non-product link has a flat design, a 15.6-inch 1080p display, and a redesigned home screen, complete with new Alexa widgets and the ability to recognize your face and display customized content depending on who’s in the room.

Powered by Amazon’s next-generation AZ2 Neural Edge processor, a quad-core chip that’s capable of processing voice commands directly on the device, the Echo Show 15 can either be mounted on a wall or placed on a counter, and it can be positioned in either landscape or portrait orientations.

The redesigned home screen of the Echo Show 15 features customizable Alexa widgets, which can display information such as calendars, to-do lists, reminders, and notifications of incoming packages. Other widgets will display smart home favorites and maps that show you the location of an approaching delivery. You can also set the Show 15 to display full-screen images from Amazon Photos or art.

Matching a similar feature in the Google Nest Hub Max, the Echo Show 15 arrives with Visual ID, which allows Alexa to recognize you when you approach the display.

Once Alexa recognizes you, she’ll give you a customized greeting and show personalized content, including your own reminders, calendar events, sticky notes that others in your household sent you, and the music you were recently playing. If Alexa recognizes a child, she’ll display only kid-appropriate content. Don’t want Alexa recognizing you? If so, you can always disable the feature.

The Echo Show 15 also boasts a 5-megapixel camera for video calls, while the 1080p display lets you watch streaming movies and TV shows from such services as Amazon Prime Video, Netflix, and Hulu, with Sling TV set to arrive soon.

At $250, the Echo Show 15 won’t just be the largest Echo Show display, it’ll be the priciest, too. We’ll have a full review once we get a change to spend time with a sample unit.