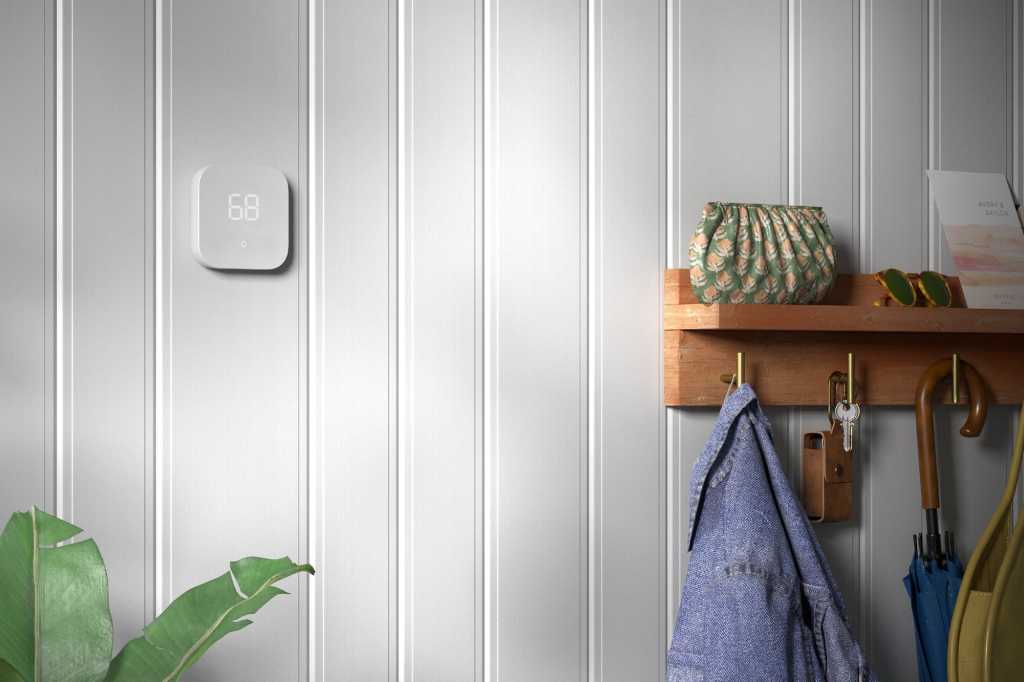 Amazon kicked off its annual devices event today by revealing its first smart thermostat. Amazon’s senior VP of devices and services David Limp presented the Energy Star-certified device as part of Amazon’s effort to use artificial intelligence to enhance sustainability.

Emphasizing the thermostat’s low cost, Limp pointed out that utility rebates should reduce the final cost to the consumer to just $10—or even zero, in some cases. That, of course, assumes you haven’t already taken advantage of such rebates to buy another company’s smart thermostat.

Developed in conjunction with Honeywell Home (a Resideo brand), Limp said the new thermostat should be compatible with the vast majority of HVAC systems on the market. While there was no mention of Alexa being onboard the thermostat itself, Limp said the thermostat would respond to an Alexa command such as “Alexa, goodnight,” by turning down its target temperature.

The device looks relatively basic compared to smart thermostats such as the Ecobee, and there was no mention of support for remote sensors.