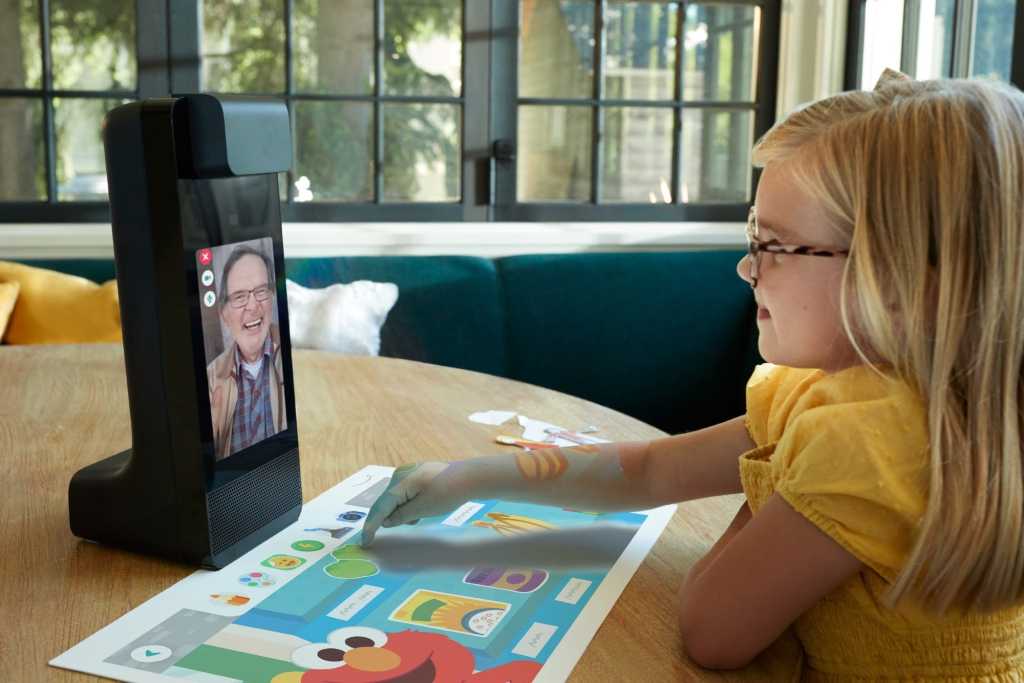 More than just a video-calling gadget, Amazon Glow combines a display, a projector, and an object scanner to let you read, draw, play, and interact with distant family members. Kids are gonna love it.

An early-access “Day 1” product from Amazon with a lofty $250 price tag, Amazon GlowRemove non-product link (not to be confused with the Amazon Echo Glow) lacks the sleek curves of its Echo devices and the slim lines of its Fire tablets. Instead, the Glow is a chunky, L-shaped gadget with an 8-inch display and a protrusion near the top that houses a projector. That projector can display a 19-inch “virtual space” in front of the Glow, while the Glow’s object-scanning feature tracks fingers, toys, and other items.

The idea behind the Glow is that in addition to chatting with far-flung tykes, you can also play with them. For example, while reading along with a kid, your little one can point out or circle items on the page. Children can also draw using virtual pencils, crayons, paint brushes, and spray paint; turn toys into stickers; solve puzzles using physical Tangram Bits; or play games like chess, checkers, and Go Fish.

Amazon says it has partnered with the likes of Disney, Mattel, Nickelodeon, and Sesame Workshop to create games and content for the Glow, such as drawing activities with Elmo, puzzles with SpongeBob SquarePants, games with Mattel’s Barbie, and more. A software development kit (SDK) for a “limited set” of partners who want to offer their own content on the Glow will be available next year, Amazon said.

While Amazon Glow is pricey at $250, the good news is that you don’t need a Glow on both ends of the call. Grown-up parents, relatives, and loved ones can play along using the free Amazon Glow app for iOS, Android, and (eventually) Fire tablets.

Amazon Glow will come with a year’s worth of Amazon Kids+, an Amazon subscription service that offers thousands of kid-oriented games, books, videos, and digital activities. After the first year, Amazon Kids+ will cost Prime members $3 a month for a single child or $7 a month for up to four kids. An annual Kids+ family plan goes for $69/year.

Also included with the Glow are parental controls, including the ability to designate which adults your kids can call, as well as a two-year warranty.

Because the Glow is a “Day 1” product, you can’t simply order one. Instead, you’ll need to request an invitation. Amazon says the first Glow units should begin shipping in the coming weeks.

We’ll have a full review of the Amazon Glow once we—and our kids—spend some time with a review unit.