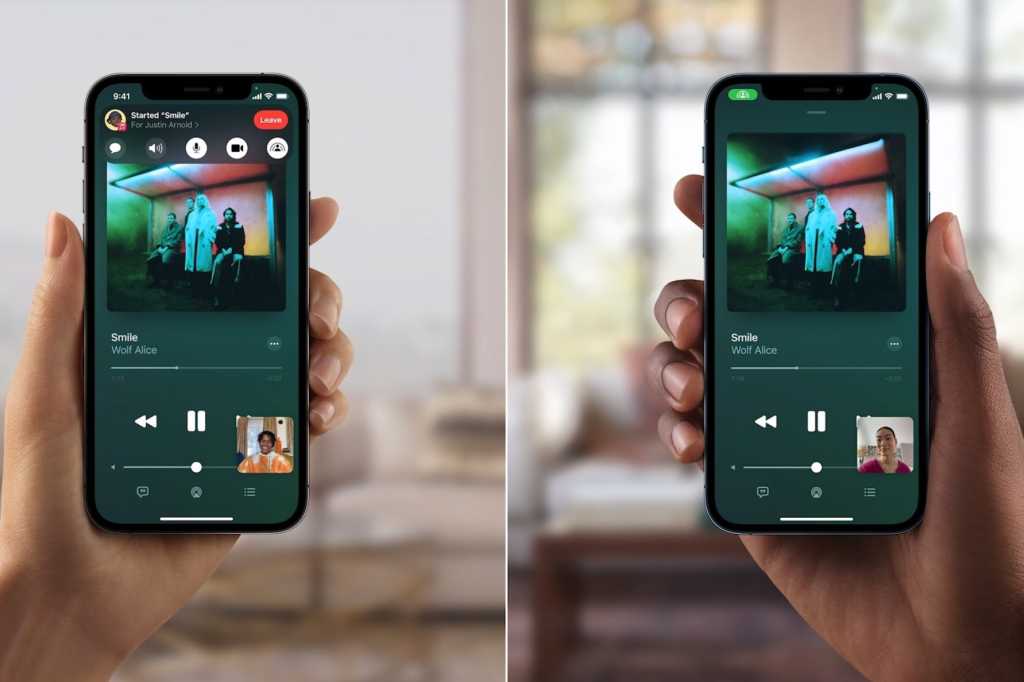 Cord-cutting iOS users have been anxiously awaiting the arrival of SharePlay, an Apple feature that lets you and your friends watch videos and music together using FaceTime. Initially, SharePlay was supposed to land with the launch of iOS 15, but Apple unceremoniously delayed it last month. Now what?

Update: SharePlay will now arrive on October 25 with the release of iOS 15.1, following a roughly one-month delay.

First unveiled back in June, SharePlay lets you bring both music and videos into FaceTime calls, similar to how Spotify’s Group Sessions work and (to one degree or another) comparable to the watch party functionality on streaming video services such as Amazon Prime Video, Disney+, and Hulu.

Not only will SharePlay work with music and videos on Apple Music and Apple’s TV app, it will also support third-party services thanks to an API. That means you’ll be able to launch a supported streaming service (such as Disney+, Hulu, HBO Max, Paramount+, Pluto TV, and Twitch) while in a FaceTime call and share the video and/or tunes with your friends.

Besides being compatible with iPhones, iPads, and Macs, SharePlay will extend to Apple TV, and it will even work on Android and Windows devices thanks to a new web-based version of FaceTime.

SharePlay is certainly a nifty looking feature, and perfect fit for the pandemic-inspired “watch party” trend. That’s why many users—myself included—were bummed when Apple yanked SharePlay from the iOS 15 beta in August, and there was no sign of the feature when iOS 15 made its public debut earlier this week.

Apple didn’t give a reason for the delay, although it did allow third-party developers to continue accessing the feature so they could build it into their apps. The new release date? “Later this fall,” which could mean anytime between now and late December.

That said, Apple may have just tipped its hand. As MacRumors reports, SharePlay has reappeared in the latest betas for iOS 15.1, and it’s present and accounted for in the public iOS 15.1 beta that Apple seeded just today.

That’s not a guarantee that the release of SharePlay is imminent, mind you. But it’s certainly a good sign. If SharePlay is back in the OS 15.1 beta, it could mean that the feature’s brief disappearance represents more of a hiccup than a show-stopping roadblock.

For a little perspective on timing, Apple released iOS 14.1 on October 20 of last year, a little more than a month after the initial launch of iOS 14. If Apple follows the same pattern this year, we could be looking at the arrival of iOS 15.1—and potentially SharePlay—in mid to late October.

But those are just guesses, of course. We won’t know when iOS 15.1 will actually land until Apple announces a date, and even then, Apple could still decide to push SharePlay to iOS 15.2 or beyond.

Still, with any luck, we won’t have to wait for SharePlay watch parties on our Apple devices for too much longer.