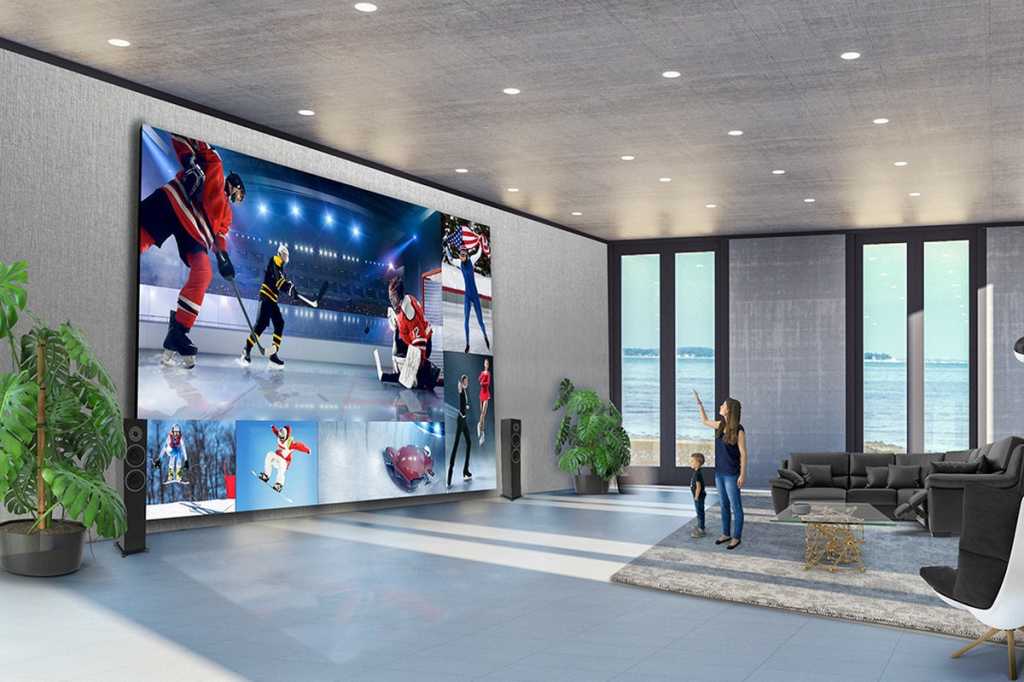 LG announced earlier this week that its new line of Extreme Home Cinema Displays will be available in sizes ranging from 81 to 325 inches, with a 16:9 aspect ratio. But if you have to ask the price, you probably can’t afford one: A 325-inch 8K display will reportedly cost $1.7 million.

These gargantuan displays aren’t built using the OLED technology LG is justifiably famous for. They’re based instead on the direct-view LED technology that LG has used for years to manufacture commercial indoor and outdoor signage.

LG is also offering video wall-style displays consisting of several discrete modules mounted side by side. Dubbed Ultra Stretch, these seamless arrangements will display multiple video sources in a mega-wide 32:9 aspect ratio. This should be fantastic for watching multiple sporting events at the same time.

Needless to say, you won’t be able to purchase an Extreme Home Cinema Display in stores. The product will only be available from custom installers, and an LG field engineer will be dispatched to your home to supervise the initial installation. For the next three years, someone will visit your home every six months to perform a “health check” on the system, and your installer will remotely monitor the system’s performance, presumably via the internet. Each display will carry a five-year warranty from the factory.

“This truly is the supercar of home display technologies,” said Dan Smith, LG Electronics USA’s vice president in charge of DVLED displays, “offering hand-constructed quality and performance that appeals to those with luxury lifestyles who want something that is not only immersive, but also highly exclusive.”

LG isn’t the only manufacturer going after those deep-pocketed consumers. Samsung has its The Wall series of monster displays, while Sony hopes to lure them to its Crystal LED product lines. And just last week, Planar announced its attention to expand from commercial wall-sized displays to the high-end consumer market.