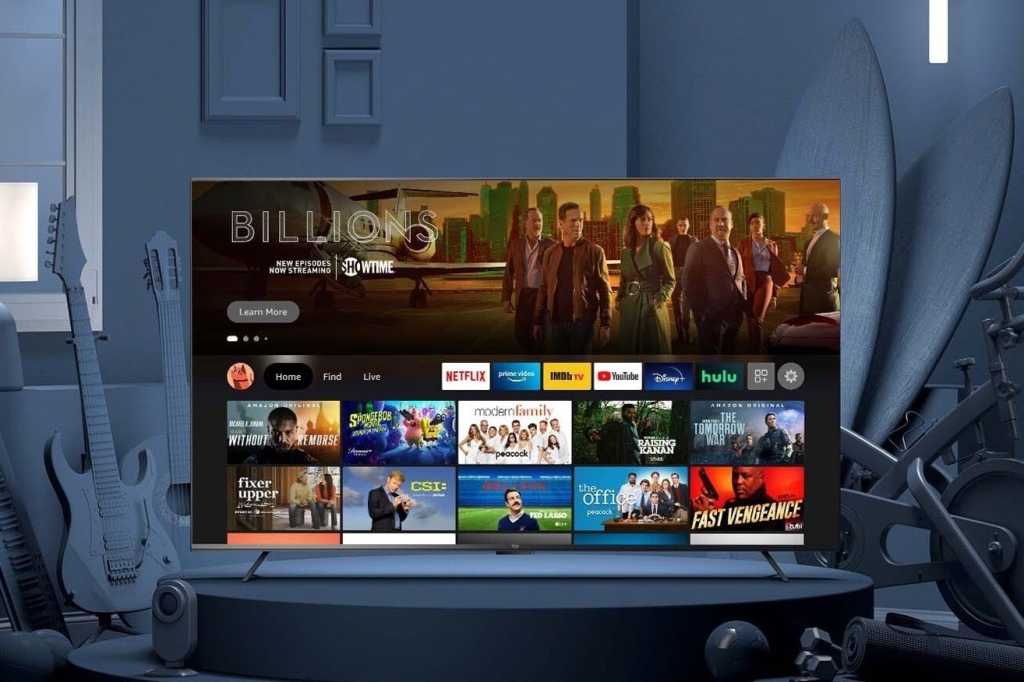 Amazon is no stranger to the TV market, with the e-commerce giant partnering with such manufacturers as Toshiba for its bargain-priced Fire TV Edition sets. But while Amazon will continue to work with third parties on Fire TV sets, it’s now churning out its own lines of Alexa-enabled 4K TVs, including higher-end models with hands-free Alexa support, Dolby Vision, tight Ring integration, and Zoom calling.

Besides its new Omni and 4-Series TVs, Amazon is unveiling a long-awaited successor to the aging Fire TV Stick 4K, which packs a new, more powerful processor and Wi-Fi 6 support.

As with Amazon’s previous Fire TV sets, you’ll be able to ask Alexa to tee up videos, adjust the volume, and perform smart home duties. Omni Series sets add far-field microphones for hands-free Alexa, and they’ll also add some new Alexa features, such as the ability to get recommendations by asking “Alexa, what should I watch?”

The Omni Series will also be getting some handy smart home integrations. For example, Live View Picture-in-Picture will let you check your security cam feeds or see who’s ringing your Ring video doorbell without interrupting your videos. An upcoming and revamped smart home dashboard will let you control and view the status of your smart devices, while a new Fire TV row will be dedicated to your security cameras.

Amazon boasts that its Omni Series sets will be the first smart TVs with integrated Zoom calling (with the help of a webcam, of course), and you’ll also be able to initiate Alexa video calls via voice.

Besides the Omni Series, Amazon is also bowing a step-down 4-SeriesRemove non-product link, arriving in 43-, 50-, and 55-inch sizes.

The 4-Series will have onboard Alexa, of course, but unlike the Omni Series, you’ll need to push a button to summon the voice assistant. Fire TV 4-Series users will also have to do without Dolby Vision and Zoom calling.

With its new quad-core 1.8GHz processor and 2GB of RAM, Amazon says the new Fire TV Stick 4K Max is up to 40 percent more powerful than the original, which should make for smoother scrolling through the (sometimes sluggish) Fire TV interface.

The new streamer will support HDR10, HDR10+, and Dolby Vision, along with immersive Dolby Atmos audio, and it will also share the new Live View Picture-in-Picture mode with Amazon’s Omni Series TVs.

We’ll have full reviews of Amazon’s new TVs and the Fire TV Stick 4K Max once we try out some sample units.