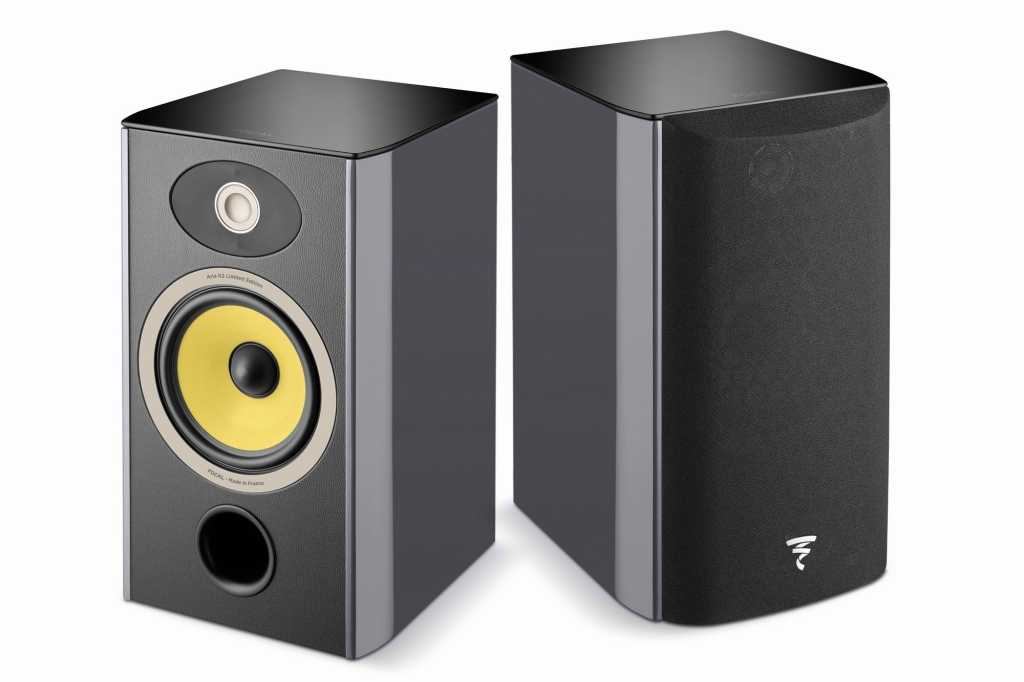 Yesterday brought news that Focal was introducing super-low-profile speakers that mount to a wall (the Focal On Wall 300 series). Today, the French speaker builder is showing off new companions for its more traditional Aria K2 936 floorstanding loudspeaker: the Aria K2 906 bookshelf speaker and the Aria K2 Center.

If you’ve been waiting to expand your Aria K2 936-based home stereo system into a cinematic surround sound system, Focal has you covered with the Aria K2 906, a two-way bookshelf speaker that can be deployed as the surround companions to the Aria K2 936 or enjoyed on their own as a stereo pair.

The speaker consists of a 6.5-inch midrange fabricated from a light foam layer sandwiched between a layer of Aramid fibers on one side and a layer of fiberglass on the other. A 1-inch aluminum/magnesium inverted dome tweeter is mounted above the mid-range.

Focal says the Aria K2 906 delivers frequency response of 55Hz – 28kHz (+/- 3dB), with crossover occurring at 2,800Hz. The company recommends driving the 8-ohm (nominal) impedance speaker with amplifiers that can deliver 30 to 120 watts of power (minimum impedance is 4.6 ohms).

The drivers are mounted in an ultra-rigid MDF bass-reflex enclosure to reduce vibration and coloration. The cabinets, which measure 15.375 x 8.875 x 11 inches (HxWxD), have an ash-gray finish with a leather-like front panel, a designed aesthetic carried over from Focal’s flagship Utopia line of loudspeakers. The photos that Focal provided of the 18.7-pound speakers don’t reveal integrated mount points on the backs of the speakers, but some shots do show them on stands. The company did not provide the price for that accessory.