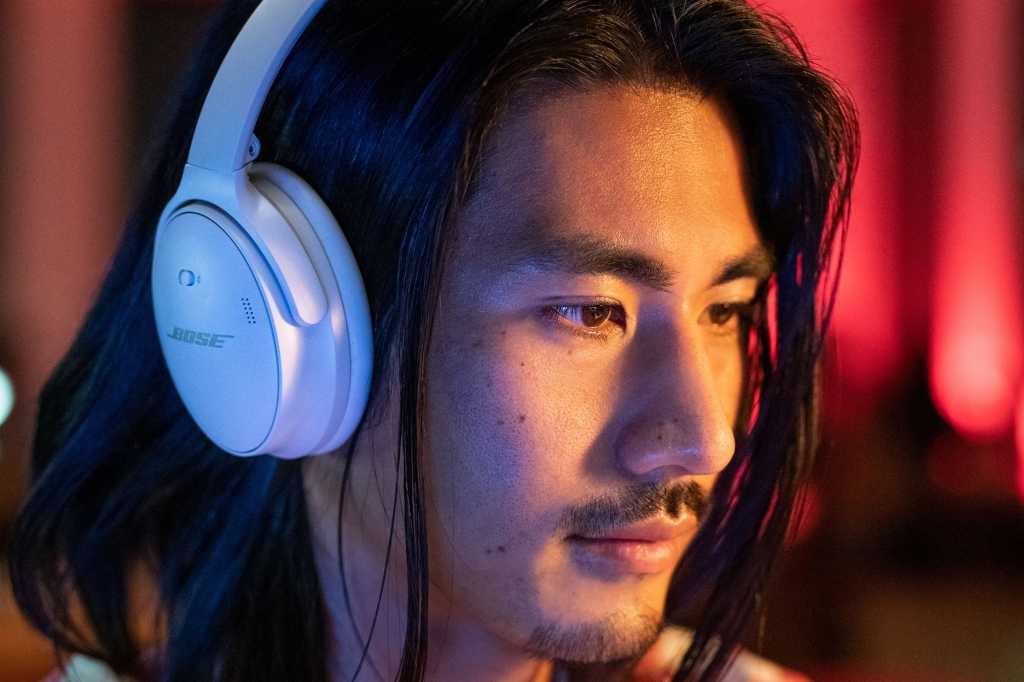 Bose has taken the wraps off its QuietComfort 45 noise-cancelling headphone.  While close in looks to the QC35 II it replaces, Bose says the updated model packs numerous updates, including improved noise cancellation, a new ambient/transparency mode, better voice isolation for phone calls, and an upgraded 24-hour battery run time. The new cans are expected to be available on September 23 for $329.95.

While originally designed and always top-rated for suppressing noise during air and train travel, Bose’s noise-cancelling headphones have not always performed as well as rivals such as Sony’s WH-1000XM4 or Apple’s AirPods Max when it comes “shushing” extraneous noise in locations like cafes and office spaces.

A late 2020 firmware update (1.8.2), applicable to the top-of-the-line Bose Headphone 700, addressed those concerns with better cancelling of sub-bass and low midrange frequencies. Similar tweaks in the QC45 could bring this new, less pricey model back to the front of the class.

Keeping operations simple, a single hard button push on an earcup allows the user to shift between the improved noise reduction operation (“Quiet”) and a transparency mode (“Aware”) that fully opens microphones mounted on the earcups.

Bose says an updated noise-cancellation system and electronics package will better isolate your voice when you use the QC45 as a smartphone headset. Microphones inside and outside the earcups and a proprietary processor operate as a beam-forming array to isolate your voice, while a rejection array dampens and blocks the otherwise audible distractions happening around you.

The QC45 ups the battery run time of its predecessor to 24 hours—a four-hour improvement—with both active noise reduction and Bluetooth 5.1 wireless connectivity engaged.  Recharging gets easier, too, as the newbie features a USB-C connector for that purpose. (The QC35 II, now being closed out at $299 or less, uses an old-school micro-USB port.)

The new cans support the AAC and SBC codecs, but not aptX or aptX HD. There’s also support for multipoint Bluetooth connections, so you can listen to music on one source and receive audio notifications from another, such as your smartphone. What’s more, the QC45 support Bose’s SimpleSynch technology, so you can more easily pair them with compatible Bose soundbars and smart speakers for private listening sessions.

Bose-aholics will notice some subtle differences in the QC45’s design: Pleats and puckers have been removed from the earcups, and gaps between components have been replaced with what Bose describes as “smooth transitions.” And while the QC 35 II were later offered in custom color combinations, the QC45 will be launched in just the essential matte-finished colors: “triple black” and “white smoke.”