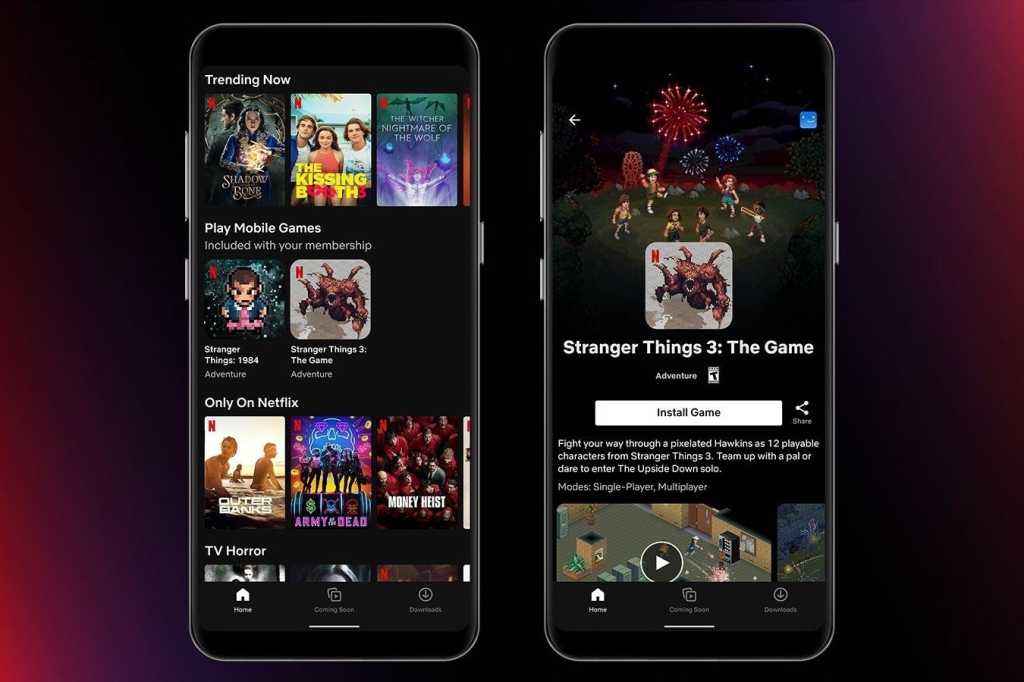 About a month after declaring “the time is right” to expand into gaming, Netflix has revealed its first two in-app games, but don’t dive for your controller just yet.

Oh, and one more thing: The games are only available in Poland.

In a tweet, Netflix said the two games contain neither ads nor in-app purchases, and that they’re included with a subscriber’s Netflix subscription.

In an English-language screenshot of the title screen for Stranger Things 3: The Game, the description reads: “Fight your way through a pixelated Hawkins as 12 playable characters from Stranger Things 3. Team up with a pal or dare to enter The Upside Down solo.”

It’s not clear when the two games will be available in other territories.

Netflix admitted that “it’s very, very early days” as far as its gaming efforts are concerned, and that “we’ve got a lot of work to do in the months ahead, but this is the first step.”

The two in-app mobile games arrived about a month after Netflix hired Mike Verdu, a gaming exec who previously worked at Electronic Arts and Facebook’s Oculus division. Verdu is known for his work on such mobile titles as SimCity BuiltIt, Plants vs. Zombies 2, Real Racing 3, and The Simpsons: Tapped Out.

Netflix has been vague about its gaming plans so far, saying in July that it was only in the “early stages of further expanding into games” following the interactive Black Mirror Bandersnatch and a handful of Stranger Things gaming tie-ins.

But while Netflix’s first steps in gaming feel like baby steps, fortunes have been lost betting against the streaming behemoth. After all, Netflix’s first experiments in streaming looked like a lark back in 2007, and look what happened.