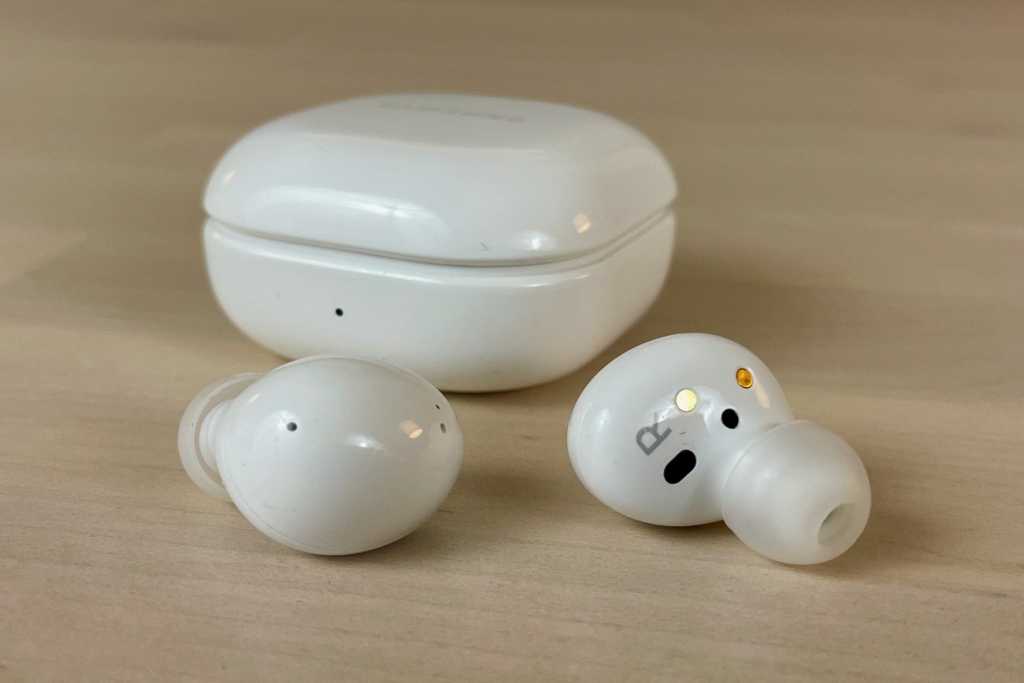 Sleek, light, tough, and (most importantly) fun to listen to, the ANC-packing Samsung Galaxy Buds2 have upped the ante in sub-$200 true wireless earbuds.

Samsung just changed the game for budget-priced true wireless earbuds with its $150 Galaxy Buds2. Now equipped with active noise cancellation, the Buds2 are sleek, light, tough, and comfortable, and they pack a delightful (if somewhat juiced) sonic punch. Samsung’s ambient noise mode allows the outside world in when you need it, while a new fit test ensures you’re using the right set of eartips. Even better, Samsung phone users can tee up losslessly encoded tunes thanks to Samsung’s proprietary Bluetooth codec.

Feature-packed though they are, the Galaxy Buds2 cut a few key corners compared to the pricier Galaxy Buds Pro, nixing spatial audio and two-step ANC, while some of the Galaxy Buds2’s best features require a complementary Samsung Galaxy device. And while iPhone users can still enjoy the Buds2’s audio and noise cancellation, they’ll have to do so without the Samsung mobile app that controls the earphone’s settings and functions. 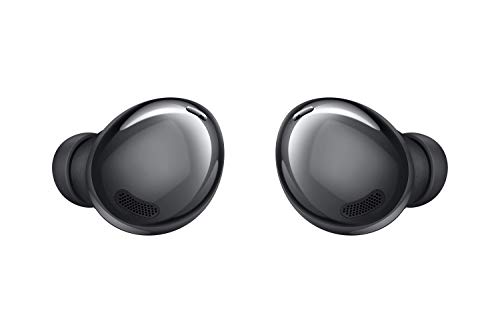 Available in graphite, white, olive, and lavender flavors, the Galaxy Buds2 eschew the two-tone design of the original Galaxy Buds for a smoother, unibody look, while the charging case is now more of a square pill box than its predecessor’s rounded, rectangular shape. Weighing in at 0.2 ounces each, the Buds2 feel pleasingly light (Samsung says they’re the lightest earbuds it’s ever made) but not insubstantial. The Buds2 made for a comfy fit, with the rounded, elongated ends tucking securely into the fold of my ears.

Three sets of eartips come in the box: large, medium, and small. In a first for Samsung, you can now test the fit for the various earbuds using the aptly named earbud fit test in the Galaxy Wearable app.

Like Apple’s similar test for its AirPods Pro, the earbud fit test plays a brief series of tones and scores you on how snugly the buds are fitting into your ear canals. I took the test with the medium eartips and got a passing grade, but when I purposely put the earbuds in my ears too loosely, I got a “Poor Fit” warning.

There are three microphones in each bud: two that detect ambient noise to bolster the active noise cancellation, and a third mic for voice pickup. The buds also pack in a tweeter and a woofer (I’ve asked Samsung for more details on the size and configuration of the drivers). I’ll describe the real-world performance of the Buds2’s ANC and sound quality in a bit.

As with Samsung’s pricier Galaxy Buds Pro, the Galaxy Buds2 are designed to meet IPX7 standards for water resistance, which means the earphones can be submerged in a meter of water for up to 30 minutes (you can read all about IP codes at this link). That’s a major upgrade from the original Galaxy Buds, which were designed for IPX2 standards and thus can only resist water hitting them at an angle of 15 degrees or less.

You can play and pause tunes or answer or reject calls by tapping on one of the earbuds. To skip to the next track, you double-tap a bud, or you can triple-tap to go back to the previous track.

While single-, double-, and triple-tap commands aren’t customizable, you can choose what happens when you tap and hold one of the earbuds. You can assign one of four tap-and-hold options for each earbud independently: switch noise controls (allowing you to toggle between active noise cancelling and ambient sound modes), volume adjust (down on the left bud and up on the right), voice command (for summoning Bixby, Samsung’s voice assistant), or Spotify (which begins playing tunes from one of your curated playlists). If you choose the volume adjust option for one of the earbuds, the other will automatically switch to volume adjust, too.

As with Samsung’s other Galaxy earbuds (not to mention Apple’s AirPods), the Buds2 can detect whether they’re in your ears or not, and they’ll automatically stop and restart playback when you take them out and put them back in.

While the Galaxy Buds Pro boast a two-step active noise cancellation mode that allows you to boost ANC in noisy environments or dial down where ambient sounds are less insistent, the Buds2 limit you to turning noise cancellation on or off.

That sounds disappointing on paper, but the reality is that the Buds2’s single step of ANC works just fine on most occasions, effectively damping down roaring fans, engine noise, howling winds, and other audible intrusions. You will still hear higher-pitched sounds like clicking keyboards and squeaking doors, but that’s par for the course when it comes to ANC earbuds.

Ambient sound mode on the Buds2, meanwhile, is also compromised compared to the Buds Pro, with only three steps of sensitivity versus four. Again, though, the loss of that fourth step isn’t much of a sacrifice, and the three steps you do get offer plenty of control when it comes to keeping an ear on your environment.

Bluetooth and other features

The Samsung Galaxy Buds2 support Bluetooth 5.2, the newest Bluetooth specification (which includes LE Audio), and it can also handle the SBS, AAC, and Samsung Scalable codecs. That final codec is lossless, but it’s only compatible with Samsung devices. If you’re using an iPhone or a non-Samsung Android phone, or you’re listening over a Mac or Windows PC, you’ll have to settle for either the lossy SBS or AAC codecs. Qualcomm’s aptX Adaptive and Sony’s LDAC lossless codecs aren’t supported, either, but that’s not too surprising considering both companies are Samsung competitors.

The Galaxy Wearable app doesn’t offer customizable equalizer sliders for the Buds2, but it does have six EQ presets, including Normal, Bass Boost, Soft, Dynamic, Clear, and Treble Boost. The various presets tweak the audio in mostly expected ways (Bass Boost delivers arguably too much boom, while Treble Boost is almost unbearably bright), but personally, I was happy with Normal mode.

While the Galaxy Buds2 shares SmartThings Find support with the Galaxy Buds Pro, they don’t have the same spatial audio support. That’s disappointing but not surprising; the $200 Buds Pro are, after all, Samsung’s premium wireless earbuds, and as such, they get premium features such as 360 Audio (which uses Dolby Head Tracking technology to make it sound like the audio is coming from the direction of your phone or tablet). If you want to pay $50 less for the Galaxy Buds2, 360 Audio (which, by the way, only works with Samsung’s Galaxy S21 and Note20 handsets) is one of the features you’ll have to live without.

Back on the plus side, the Buds2 do support Samsung’s Auto Switch feature, which lets the buds seamlessly switch between your various Samsung devices, including Galaxy phones, tablets, and the Galaxy Watch4. Nice, but as you might expect, Auto Switch only works within the Samsung ecosystem.

To control many of the features I’ve outlined above, you’ll need the Galaxy Wearableable app, which is currently only available for Android. That means if you want to adjust the sensitivity of ambient sound mode, change EQ presets, or customize how the tap-to-hold control works, you’ll need an Android device.

Now, you can still use the Galaxy Buds2 with an iPhone, a Mac, or a Windows PC; for example, I had no trouble connecting the earbuds to an iPad, and I was able to play, pause, and skip tracks, as well as toggle between ANC and ambient sound modes (which is the default tap-to-hold behavior). That said, you won’t be able to tinker with the settings I outlined above. In other words, the Galaxy Buds2 are best suited for an Android phone—or, ideally, a Samsung device.

I used the Galaxy Buds2 on and off over the course of a week for this review, and while I didn’t perform a formal battery-drain test, I indulged in lengthy listening sessions (as in several hours) with plenty of battery life to spare.

For its part, Samsung says the Galaxy Buds2 will last for up to five hours with noise cancellation enabled, or up to 7.5 hours with ANC turned off, and that sounds about right. The Qi-compatible wireless charging case (which can also be charged via an embedded USB-C port; a USB-C to USB-A cable is included in the box) can boost those figures to up to 20 hours (with noise cancelling on) or 29 hours (with ANC off).

Testing call quality at a breezy, noisy Brooklyn park, the Galaxy Buds2 mics—bolstered by machine learning that helps to screen out unwanted noise—worked just as advertised. My callers said my voice sounded loud and clear, and I had no trouble hearing what the other party was saying. Even the kids yelling in the background didn’t present much of a problem.

I was even more impressed with the Buds2’s performance when it came to music playback, although your mileage may vary when it comes to your personal audio preferences. I found the Buds2’s sound signature (tuned by Samsung-owned AKG) to be a tad bright and this side of boomy. That’s actually a fun combination when pulled off correctly, although audiophiles might find the Buds2’s big, brassy sound to be a bit much—and indeed, even the AirPods Pro sound flatter compared to the Buds2. If you are looking for a pair of true wireless earbuds that are aimed at audiophiles, consider our top pick, the (somewhat pricier) Bowers & Wilkins PI7. 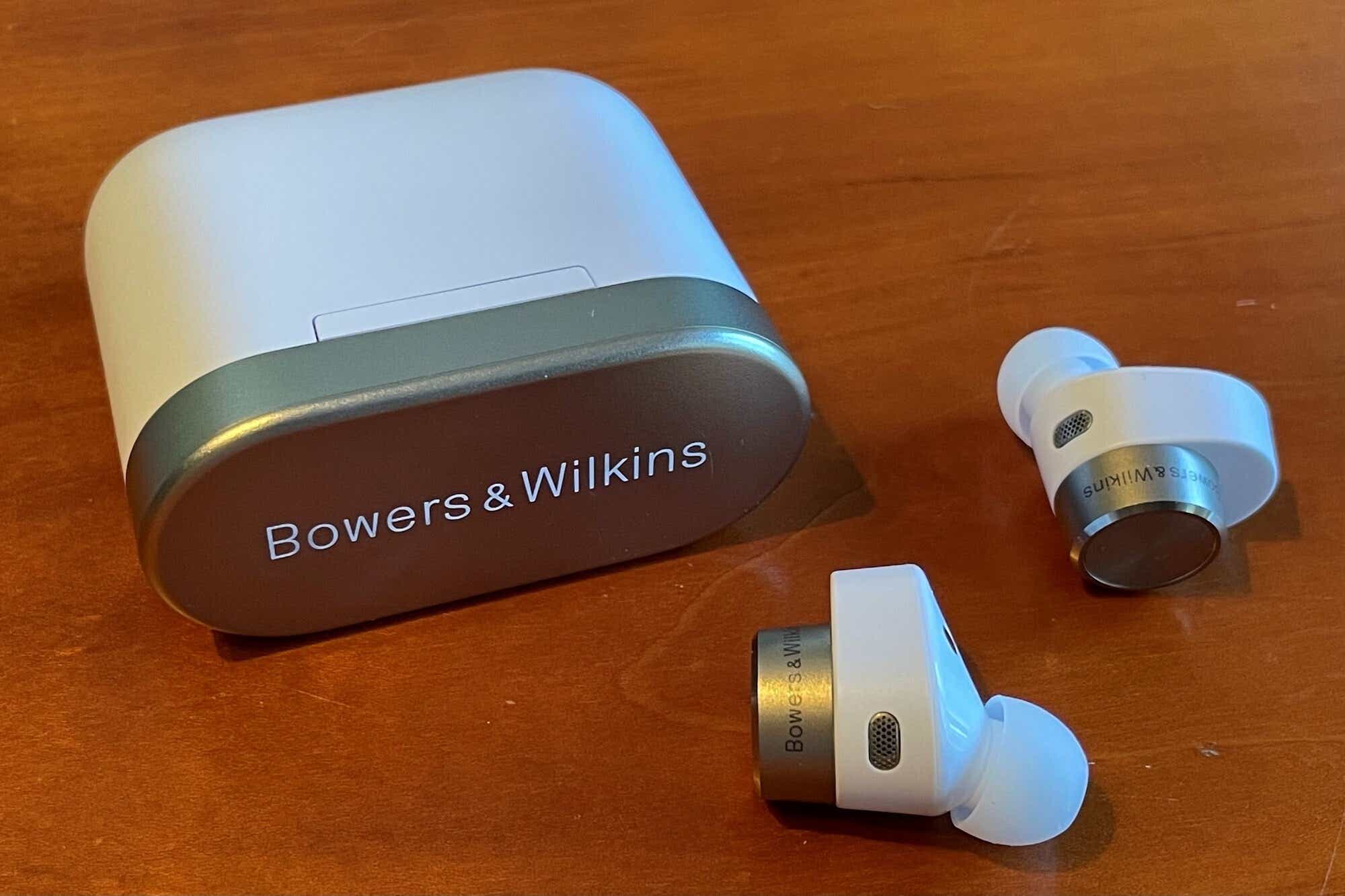 I started my Galaxy Buds2 testing with Led Zeppelin’s “Kashmir” from Physical Graffiti, and I got a kick out of the punchy, atmospheric, and crisp sound of Jimmy Page’s driving guitar chords, while John Bonham’s percussion had a tight, satisfying pop. Switching over to Taylor Swift’s “Ready for It?” on Reputation, the textured pulse of the deep opening synthesizers sounded jagged but precise, while the triumphant chorus (“In the middle of the night…”) was smooth and velvety.

Taking a left turn to classical, Vlado Perlemuter’s masterful performance of Ravel’s solo piano works for Nimbus Records sounded appropriately airy and resonant, with the frantic keystrokes in the Scarbo movement of Gaspard de la nuit sounding pure and distinct rather than blunted and muddy. Even better, the Galaxy Buds2 didn’t shrink from the big, deep (maybe too deep?) timpani that kick off Erich Kunzel’s rendition of George Gershwin’s An American in Paris for Telarc.

Sleek, light, tough, and—most importantly—fun to listen to, the ANC-packing Samsung Galaxy Buds2 have upped the ante in sub-$200 true wireless earbuds. True, Samsung phone users will get the most out of the Galaxy Buds2, and the sound—while accessible and entertaining—has been tweaked to tickle the greatest number of ears.

Still, these affordable earphones punch well above their weight given the sticker price, and with features such as active noise cancellation, an ambient sound mode, an earbud finder, and lossless audio codec support, the Buds2 are easy to recommend, particularly if you’re entrenched in the Samsung ecosystem.