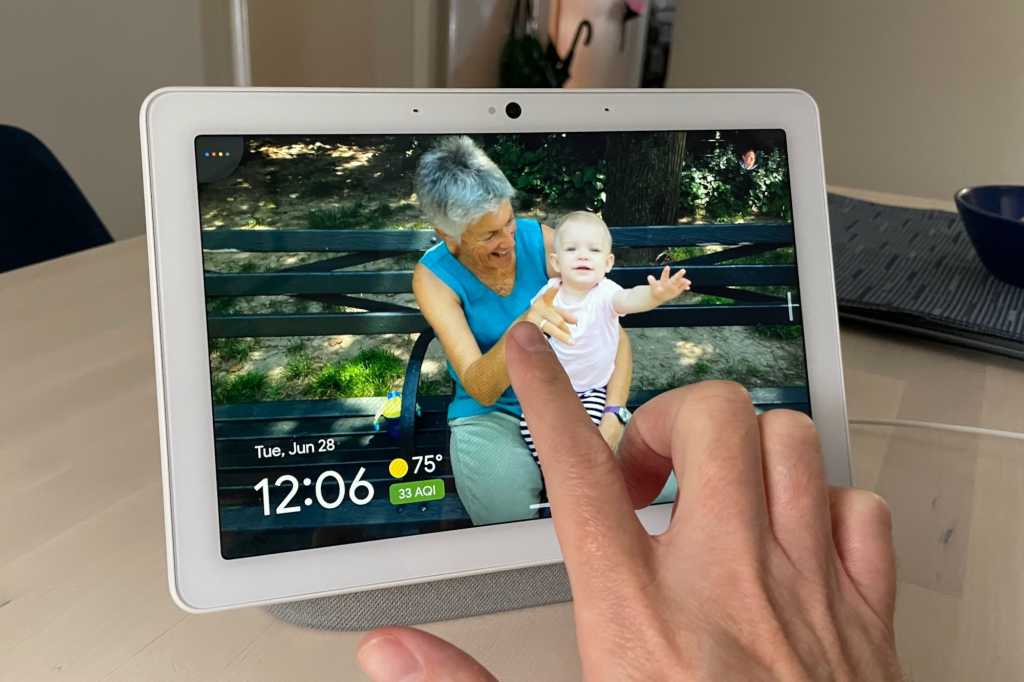 Fuchsia, Google’s mysterious new OS, is making its way to more and more Nest devices, and if you happen to own the original Nest Hub or Nest Hub Max, your display might already be running on Fuchsia, even if you don’t know it.

Back in May, 2021, we got word that Google was rolling out Fuchsia to Nest Hub displays enrolled in Google’s Preview Program, and within three months, the Fuchsia OS had begun to arrive on non-Preview Program Nest Hubs, too.

Most recently, we’re getting word that Fuchsia is rolling out to all Nest Hub Max displays, with 9to5Google reporting that the Fuchsia OS is widely available on the 10-inch Nest Hub display as of August, 2022.

There’s still no word on when Fuchsia will arrive on the second-gen Nest Hub, but it seems likely that the new OS will make its way to that display eventually.

So, can you tell that your Nest Hub is running on Fuchsia just by looking at it? Not really.

The Nest Hub interface looks the same when powered by Fuchsia as it does when running on the Nest Hub’s older, Linux-based OS (which, incidentally, is called Cast OS). 9to5Google even ran a series of tests on a Fuchsia-powered Nest Hub and found that the updated display performed more or less the same as the original.

That said, Fuchsia-enabled Nest Hubs do get their own Bluetooth menus, allowing users can pair external Bluetooth speakers with their displays without needing to firing up the Google Home app.

What’s so special about Fuchsia? It’s an open-source, long-in-development operating system that’s been percolating in Google’s development lab for years.

Crucially, Fuschia isn’t based on the Linux kernel, as are Google’s two other big OSes, Android and Chrome. Instead, it’s based on Zircon (formerly Magenta), which (as PCWorld detailed back in 2016) is a “combination microkernel” and “a set of user-space services and hardware drivers.” Magenta also packs Escher, a “physically based renderer” that allows the OS to generate graphical user interfaces.

Fuchsia has long been an object of fascination for Google watchers, namely because little is known about its purpose. There has been speculation that Google is teeing up Fuchsia as an eventual, unified, and non-Linux based replacement for Android and Chrome OS, although Google is staying mum on that point.

Also, the Fuchsia update won’t arrive with any flourishes, nor will you need to do anything to initiate the update. Instead, your first-gen Nest Hub will—at some point, if it hasn’t already—download the update silently, then reboot itself to install it.

All that said, there is an easy way to find out whether your Nest Hub is now running on Fuchsia: Just dig into its settings.

Swipe up from the bottom of the screen

Swipe up from the bottom of the screen, then tap the Settings button (it’s the one that looks like a gear).

Next, tap About device.

Look for the “Fuchsia Version” heading

Now, check the details on the About device screen. Is there a Fuchsia Version heading? If so, congrats–your Nest Hub is running Fuchsia.

If not, sit tight. The update should roll out to your display eventually, with no action needed on your part.

Updated on August 29, 2022 with revised instructions and the news that Fuchsia is rolling out to Nest Hub Max devices.