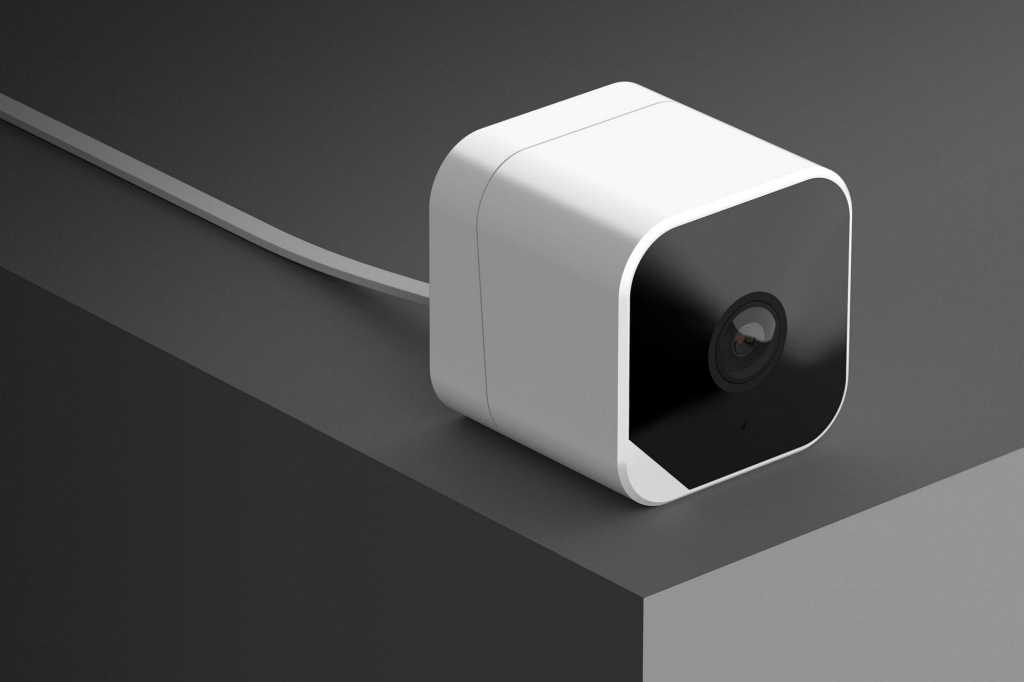 Image: Abode
At a Glance

This miniature camera fits in well with the Abode ecosystem, but it’s a non-starter as a standalone option.

The latest security camera to hit the market comes from Abode, best known for its sleek security system. The new Abode Cam 2 can work (sort of) as a standalone device, but Abode users will far more get more bang for their buck by tying it into the broader Abode ecosystem.

The camera is tiny, a cube just two inches on each side. The base features a telescoping and swiveling arm that allows you to position the camera in just about any direction. The overall size and appearance make it look distinctly similar to the Wyze Cam v3—and both are rated IP65 for either indoor or outdoor use—although Abode’s is arguably a touch more stylish. There’s no battery included, so you’ll need to arrange to keep the Abode Cam 2 plugged in at all times. A microUSB connection does the job here; a cable and A/C adapter are both included in the kit.

At $35 a pop, the specs are in keeping with the expectations of a camera at this price level. The lens has a 121-degree field of view, and it offers 1080p resolution and a Starlight night-vision sensor for low-light conditions. (The camera automatically shifts into infrared mode when things get very dark.) Connectivity is via Wi-Fi (2.4GHz only), and the camera supports two-way audio. If you have a video-compatible Alexa or Google Home device, the Abode Cam 2 will work with either.

I tested the Abode Cam 2 with Abode’s Iota smart home system and it set up quickly, connecting to my Wi-Fi network and Abode’s app in a matter of minutes. After a quick firmware update, I found managing the camera in the app to be rather straightforward, offering a reasonably clear but unremarkable live video stream along with a modest collection of features that include the ability to record a video clip, snap a still image, or scroll back in time to review previous recordings. (Note: Cloud-based recordings are only available with a subscription; details below.)

One of the camera’s main selling points is that it doesn’t just record clips when motion is detected, it offers the option of 24/7 video recording for 10 straight days. (This can be toggled on and off as desired.) All clips are stored to the cloud; there’s no onboard storage option. Whether or not you have the 24/7 option enabled, Abode populates a timeline with any clips captured where motion was detected, making it easier to find clips of particular interest. As an option, users can activate an option that overlays a blue box around any “areas of interest” in recorded clips.

Unfortunately, I found Abode’s motion-sensing to be fairly low in sensitivity, to the point where it missed out on some obvious activity in front of the lens. (There’s no way to adjust sensitivity in the app.) Low-light and no-light clips look fine, but as usual the black-and-white infrared clips were much clearer than the “full color” ones. Again, there’s no way to force the camera into IR mode; it’s all automatic.

As noted above, you’ll need one of Abode’s two paid subscription plans to do anything except view a live feed. Both provide for cloud storage (there is no local storage option) of motion-triggered video recordings from an unlimited number of Abode cameras on a 10-day timeline, but the most important differences between the two plans are related only to Abode’s broader smart-home/home-security ecosystem. The Abode Standard plan is self-monitored and costs $6 per month. The Abode Pro plan costs $20 per month, but most of its value is related to the addition of professional monitoring and cellular backup for an Abode hub. Those features wouldn’t be of interest to a camera-only user.

Subscribers can add 24/7 recording to either plan for an additional $9 per month. With this option, all Abode cameras on the network will continuously record video to the cloud, storing up to 10 days of history there.  Motion-detection events are marked on the 10-day timeline, making it easier to find recordings of interest, but you can see everything and scrub through the timeline in case motion detection missed anything of consequence.

Apart from the cost of recording video, my only real complaint with the Abode system is its tendency to lose its network connection frequently. My app’s timeline is littered with notices of when the camera disconnected and reconnected to my network, often within a few seconds of each other. This obviously wreaks some amount of havoc on the system as a whole, and I often came to the app to find it unable to access my camera feed or otherwise offline. That may be in part due to my crowded Wi-Fi network, but if the big selling point is 24/7 recording and the camera’s not cooperating on a 24/7 basis, some users will likely find that frustrating.

Updated August 11, 2021 to clarify our description of Abode’s 24/7 camera recording option and the differences between the company’s Standard and Pro subscription plans