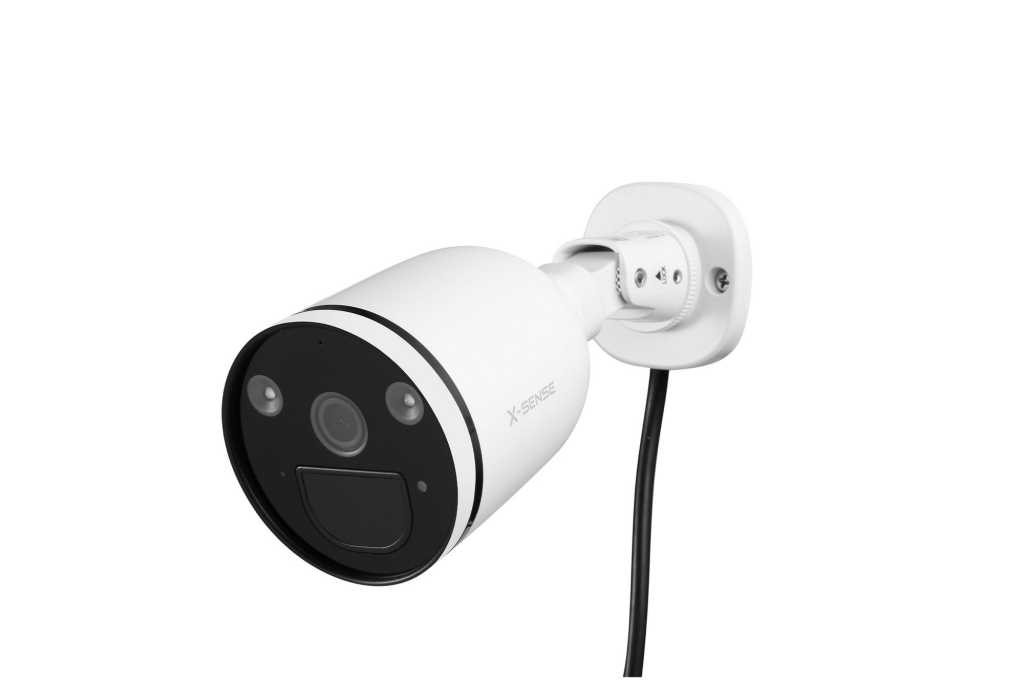 Image: X-Sense
At a Glance

X-Sense’s affordable outdoor camera is filled with surprising features and offers better stability than many cameras that are much more expensive. It is, however, the only security camera this manufacturer has to offer.

X-Sense isn’t a major name in smart home tech—we’ve really only seen the company’s smart smoke detectors here at TechHive—but the brand is expanding its wares, with its latest offering being an affordable and surprisingly capable outdoor security camera.

The hardware construction is relatively familiar: a hinged bullet design that’s made to be mounted semi-permanently. Adjustments can be made to both the swivel and the rotation of the lens, but those require a small hex wrench (which, bizarrely, is not included).

The casing gives the unit a weatherization rating of IP66, which means its dustproof and can withstand being sprayed with a pressure washer (from a reasonable distance. You can read all about IP codes and what they mean in this other story.)

The unit is powered by A/C only—there is no battery option—and its too-short cable ends in a split pigtail with a barrel connector for that purpose as well as an RJ45 jack for hardwired ethernet. Most buyers will avail themselves of its wireless networking capabilities, and it supports both 2.4- and 5GHz networks.

The camera specs aren’t shabby, including a 2560 x 1440-pixel sensor, a lens with a 156-degree field of view, and two-way audio support. Video is crisp and fluid at all quality settings. In addition to being able to speak to visitors through the unit’s speaker, the S21 also includes an optional siren that can be configured to alert if motion is detected. It’s moderately loud and decidedly alarming if you need to crudely scare someone or something away with its automated klaxon.

Clips can be saved locally to a microSD card (not included) or stored on X-Sense’s cloud service. Two cloud storage plans are available, offering 7 days of video history for $5/month or $50/year, or 30 days of history for $13/month or $130/year.

The X-Sense S21 is well-equipped for usage at night, with both IR and full color modes available. Two bright spotlights are built into the front of its housing to make the latter possible; when activated they are effective at illuminating a fairly decent area, though it fell short of the promised 33 feet in my testing. As is typical with consumer security cameras, I found the black-and-white infrared performance to be better, with noticeably longer range.

In testing, the X-Sense came out of the gate strong, setting up without complaint and, throughout nearly two weeks of testing, never once disconnecting from my Wi-Fi network, which must be a first. The Xsmartview app invariably connected quickly to the camera for live viewing, and it was speedy when retrieving recorded clips from the cloud. I especially liked the ability to view a short preview of each video within the Alerts tab, rather than seeing only a static image or needing to download the entire clip. This makes scrolling through lots of recordings much quicker and more intuitive. X-Sense’s motion detection was also spot on, and its push notifications arrived on my phone quickly.

What’s not intuitive is, well, the rest of the app, which is confusingly designed and often hard to navigate. Key features, such as motion sensitivity detection and detection area settings, are well hidden beneath multiple layers of menus. Some other settings like a “motion zone for lights” system that lets you set a range in which the camera’s spotlights activate are poorly executed. And while a lengthy manual is included, it still feels incomplete.

Despite having to invest a significant amount of trial and error in finding your way around the Xsmartview app, the S21 is otherwise an extremely solid camera on all fronts. Performance is great in all manner of situations, and the system is stable and responsive. Of all the cameras I’ve reviewed in the last year, the S21 gave me the least amount of trouble, and that’s saying something. For a list price of just $90—and currently selling for $10 less than that—it’s a decidedly solid buy.

The one consideration that might give you pause before pulling the trigger is knowing that this the X-Sense’s only camera at the moment. If you also want or need an indoor security camera, you’ll have to go with a different brand, which means using a different app.