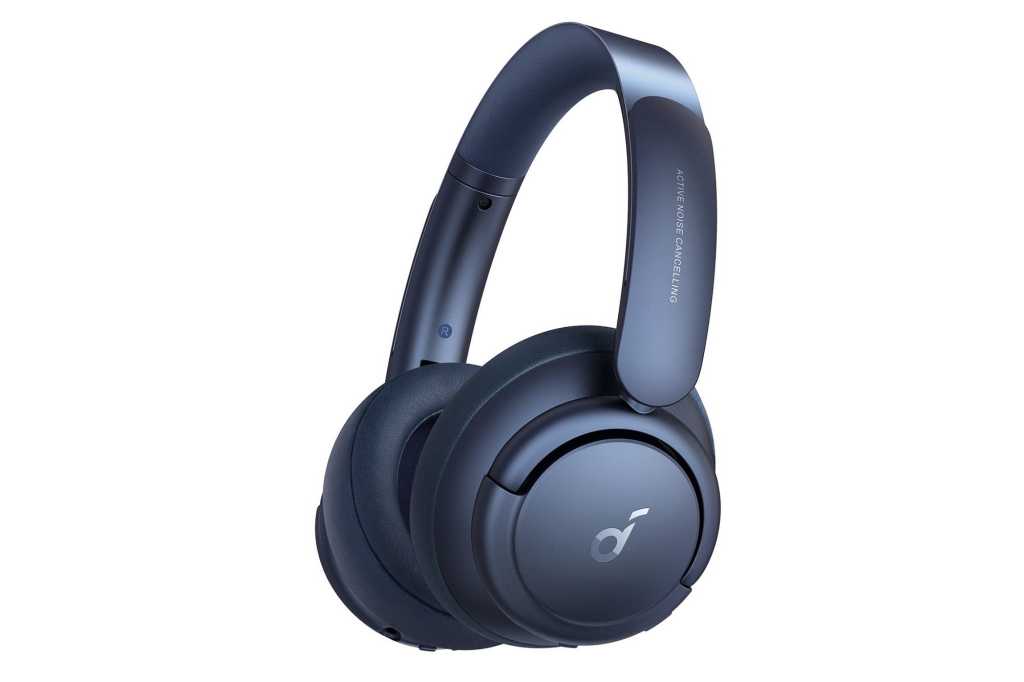 For the price, you’ll be hard-pressed to find better styling or active noise cancellation. The sound is also very good, but more in line with the price. But download the app and EQ them first thing.

Most of the audio equipment from Anker I’ve reviewed has been aimed at the low end of the market. The $130 Soundcore Q35 Life Bluetooth ANC headphones represent a different, swankier kind of experience, starting with some classier-than-typical packaging.

I was also impressed with the industrial design. In fact, I’d be tempted to call them the most attractive headphones I’ve tested. They’re vaguely reminiscent of Apple’s ridiculously overpriced AirPod Max’s, though not a direct cop. The logo was heavily “influenced” by the Beats emblem—that’s a bit closer call attribution-wise. As is the Q35 model number (very close to the Bose QC35.

Forgetting appearance for a second, I should probably mention that the Q35’s active noise reduction is fantastic, and the sound (after applying some EQ with the app) is quite good—on par with like-priced rivals, though not quite top-tier.

The Q35 are over-ear headphones with 40mm drivers housed in deep cups connected by a comfortable headband. They support Bluetooth 5 and Sony’s LDAC lossless audio codec. They arrive in a hardshell carry case with a USB-A to USB-C cable for charging, a 3.5mm stereo cable, and an airplane adapter bundled up in a handy silken bag.

You can purchase the Q35 in two colors: the midnight blue shown at the top of this article, and the pale lilac (Anker calls it pink) shown below. Someone at Anker understands aesthetics. Give ‘em a raise.

You’ll find the plus, minus, and play/pause buttons, as well as a 3.5mmm stereo audio jack for hardwired use, on the bottom of the right-hand cup. The touch-sensitive surface of the right cup also serves to toggle noise cancellation; they can also be used to pair to devices using NFC.

The power/pair button, power status indicator, USB-C charging port, and the noise cancellation mode button are on the left-hand cup. The latter invokes several modes, which are tailored for different types of ambient noise. Spoiler: they all work well.

The Q35 also feature an auto-pause function that pauses music/video when you take the headphones off and resumes it when you put them back on. Dual microphones are used phone calls and for noise cancellation (capturing ambient noise for a phase-negative copy).

Contrary to Anker’s advertising, there is no artificial intelligence—the mimicking of the human mind—employed here. Unless the device touting AI can discuss philosophy with you, it’s not AI.

The first thing I noticed sonically about the Q35 was their heavily pronounced low-frequency reproduction. I fired up Young Jeezy before Holst’s The Planets, and it sounded like there was a sub-woofer in play. Boom, boom. It was a bit much for my tastes, and I also found the high-end and upper mid-range a bit underplayed at the default settings.

As with the company’s Motion Boom Bluetooth speaker, however, the Q35 won me over once I’d made use of the Soundcore app to tailor frequency emphasis to taste. Said EQ fixed things up nicely, although the clarity and definition (i.e., an ability to isolate instruments) of the sound field still didn’t quite measure up to the highly sonorous, but problematic Drop Pandas with their planar driver. Then again, nothing else does either, and there’s a price difference of several hundred dollars at play.

While the Q35’s sonics are merely good in the grand scheme of things, the active noise cancellation) is fantastic. I noticed zero difference in the sound with the ANC on or or off; it does a very good job of shutting down the ambient noise as well.

Anker’s Soundcore app provides some rather convincing natural ambient noises (birds, rain, wind, etc.) for “Superior Sleep”. If I were Anker, I’d lengthen the loops to at least 30 seconds. The approximately ten seconds they currently last makes them noticeably repetitive. On the plus side, you can mix them together to form different combinations. Listening as I write this, I just yawned. Repetitive or not, it seemingly works. Or perhaps it’s just been a long day.

I can imagine Superior Sleep would help on a plane, but sleeping with these headphones while lying on your side might not be the most comfortable experience.

Not that the Q35 aren’t comfortable in general—they are. They’re lighter than the norm, with plenty of padding, while still maintaining a tight fit. My ears never came close to touching the speaker grills, and the top of my head never felt unduly pressured by the headband. The latter is a rather rare experience.

Run time was at about 10 of the 40 claimed hours, and battery level was still announced at power-up as medium. Note that in my experience, headphones rarely live up to their lofty claims; so 10 hours is better than many.

Overall, I’d describe the Q35’s sound as sonorous, but not particularly punchy. But I’ve never heard anything better in this price range, so consider that me being picky.

It would be nice if the company defaulted to brighter EQ settings; however, as you can tailor this to suit just about any taste, I have no problems recommending the Q35. It’s attractive, sounds good, and delivers kick-toukus ANC. That’s a rare combination for a $130 headphone.