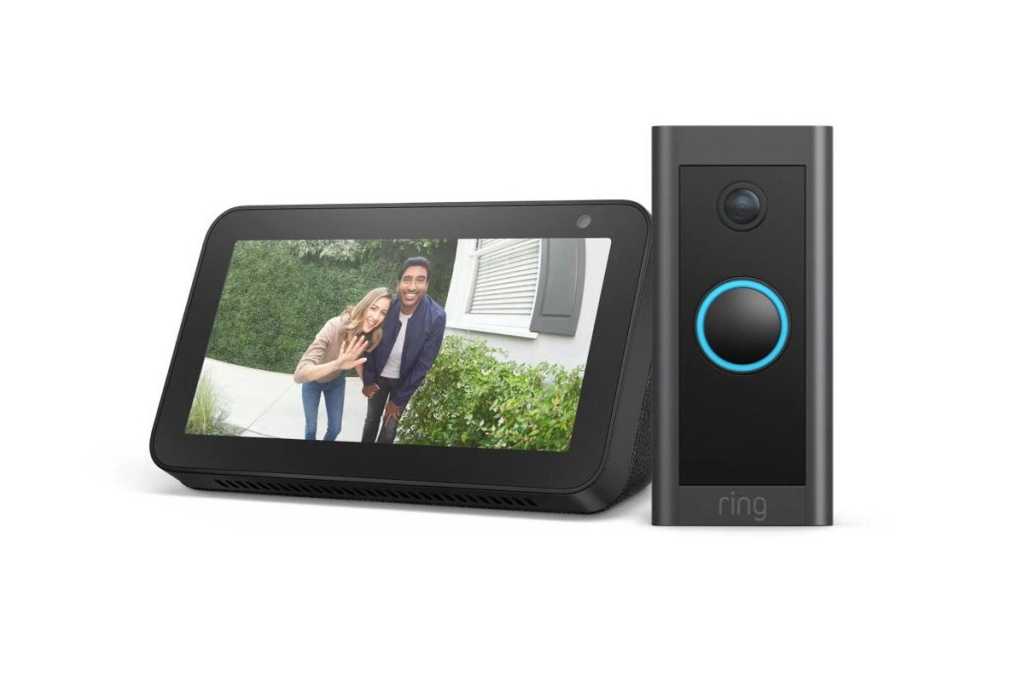 For today only, it’s ridiculously cheap to get the one-two combo of a smart doorbell and a smart display that can work together. Ring is selling its new budget Video Doorbell Wired and a first generation Echo Show 5 for a mere $65Remove non-product link. That’s more than half off the MSRP of $150, but you’d better hurry—the deal ends at 9 PM Pacific time on Thursday evening.

Our biggest gripe was that the People Only mode was only so-so at ignoring animals, people, and other non-humans. The Ring was also a little weak in low-light performance during the short period where it’s not yet dark enough to switch to night vision. Still, for a budget video doorbell, the Ring Video Doorbell Wired is among the best we’ve seen.

We also reviewed the first-generation Echo Show 5, giving it 4.5 out of 5 stars and an Editors’ Choice Award. The biggest difference between the first- and second-gen Echo Show is that the original version has a 1MP camera, whereas its successor ups the camera to 2MP. Otherwise, they’re basically identical, and if you ask us, you’re better off getting a deal on the older Echo Show 5 (and today’s deal is pretty nuts) rather than spending full price on the newer one.