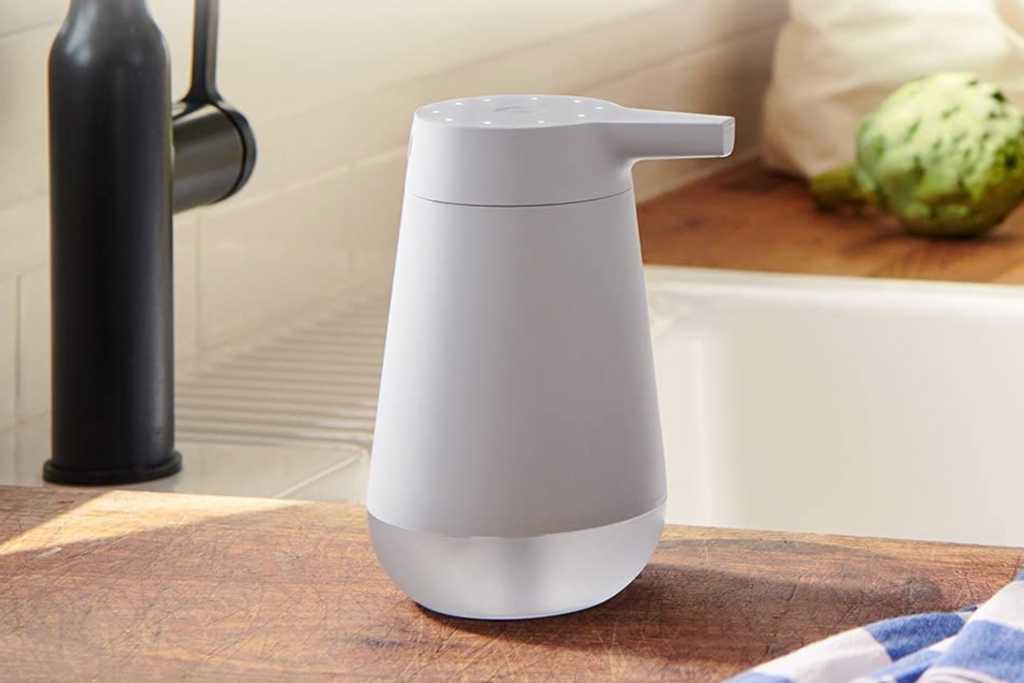 Want Alexa to sing along as you wash your hands? That’s the idea behind Amazon’s new Smart Soap DispenserRemove non-product link, which connects to Wi-Fi and can be paired with an Alexa-enabled Echo speaker or display.

Available for pre-order and slated to ship August 4, the $55 Smart Soap Dispenser looks like your typical liquid soap dispenser, complete with a nozzle that dispenses soap when you hold your hand beneath it. The nozzle can release three different amounts of soap, depending on how far down you hold your hand.

On top of the Smart Soap Dispenser (which was discovered by AFTVnews) is a series of LEDs that act as a 20-second countdown timer, letting you know when you’ve scrubbed long enough to meet CDC recommendations.

What sets Amazon’s 12-ounce soap dispenser apart from the rest, however, is that it can pair with Echo smart speakers or displays via Wi-Fi.

Once connected, the Smart Soap Dispenser can trigger Alexa routines whenever you wash your hands. That means Alexa could sing a song while you wash, tell you some good news, give you a weather report, control your smart home devices, or do pretty much anything that you can program into an Alexa routine.

The Amazon Smart Soap Dispenser will pair with most current Echo speakers and displays; first-generation Echo and Echo Dot are notable exceptions. Also not supported are non-speaker Echo devices such as the Echo Glow smart lamp, Echo Frames, Echo Buds, and Echo Auto.

Amazon promises up to three months of battery life on the Smart Soap Dispenser, provided it’s not connected to an Echo device, or about 2.66 months between charges when it is paired with an Echo speaker or display. You can recharge the dispenser via a microUSB port near the top of the device, near the power button.