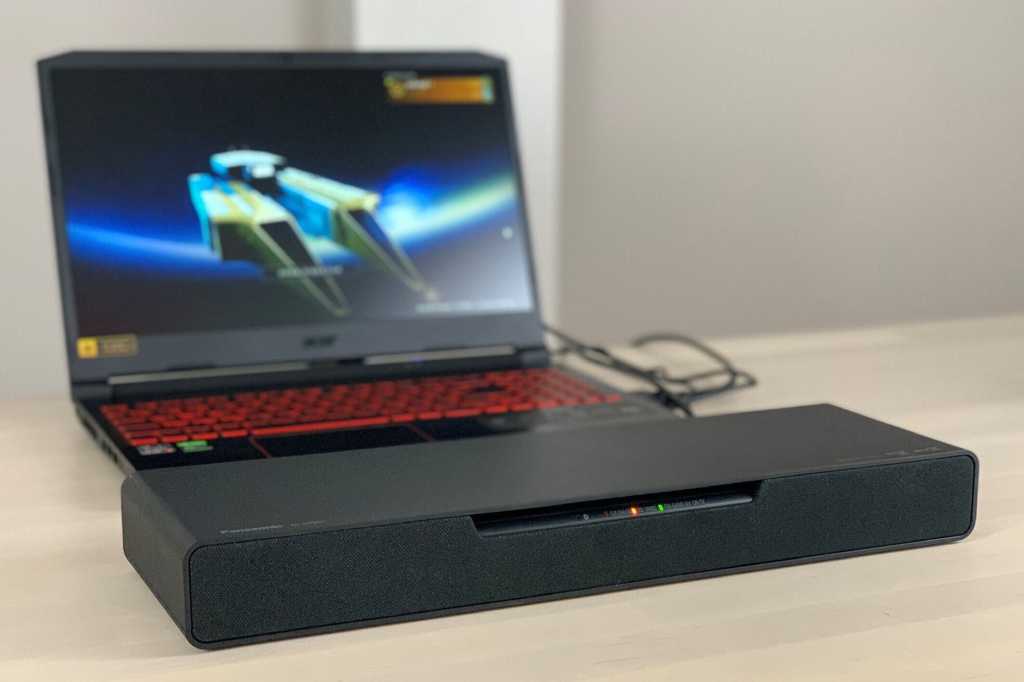 You can add bombastic audio to your gaming rig in all sorts of ways, with headphones being the most popular. A good pair of cans is especially handy if you live with other people or need to hear the pitter-patter of another player’s footfalls as they try to smoke you. But if you’re more into the idea of solid sound pumping straight into your face (and freeing up your ears), we’ve got a deal for you today. Amazon is selling the Panasonic SoundSlayer Gaming Soundbar for $147. That’s down from the usual $249, well under the $300 it launched at, and the all-time low at Amazon for a soundbar that we’ve tested and loved.

We reviewed this 2.1 channel soundbar in November, giving it four out of five stars. “If you’re looking for an easy, relatively inexpensive way to add punchy 3D audio to your gaming rig, look no further than the Panasonic SoundSlayer,” we said.

The SoundSlayer features a number of audio modes, including three gaming-specific modes. There’s one for first-person shooters that’s all about “accurate location audio,” an adventure mode that makes voices stand out more, and a role-playing mode originally designed for Final Fantasy XIV Online. There are also more common soundbar audio modes including Cinema, Music, and Standard for when you’re not playing games.

The soundbar supports DTS:X and DTS:X Virtual surround sound, as well as 4K HDR passthrough. On the back it has optical digital audio, as well as an HDMI-ARC port and another HDMI input. There’s also Bluetooth if you want to go wireless, but no Wi-Fi, and the soundbar doesn’t support integration with smart speakers.