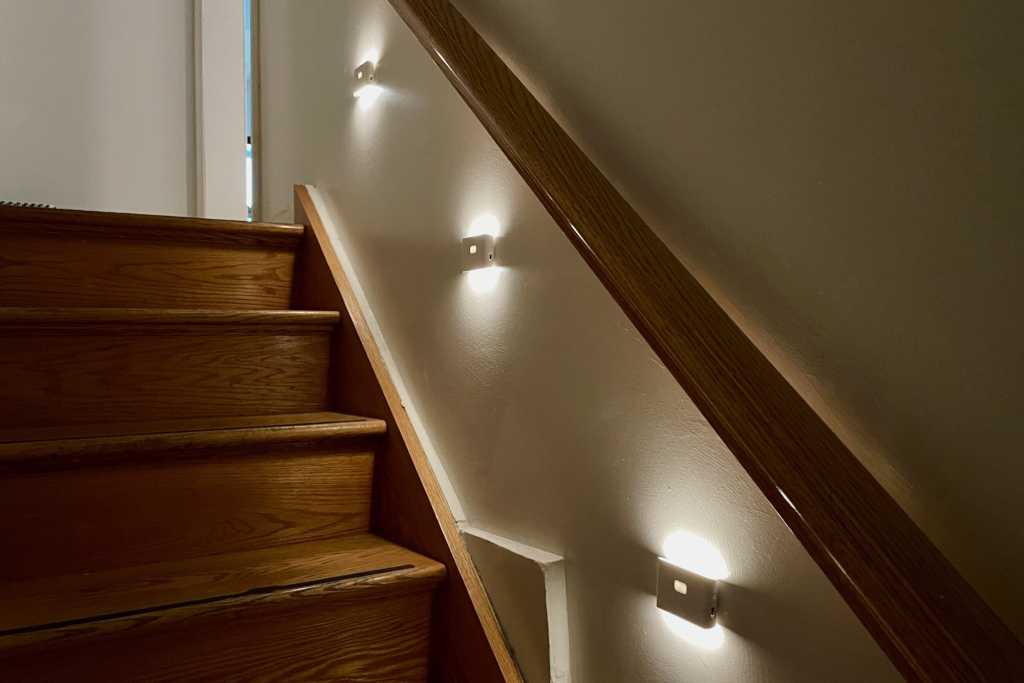 You can group up to 10 of Wyze’s inexpensive night lights, which boast motion and ambient light sensors, but we had trouble with the magnetic mounts.

Wyze has been moving into lifestyle lighting products, first with the Wyze Floor Lamp and now with the Wyze Night Light. Available in a three-pack for $20 (shipping begins in August), these affordable and rechargeable night lights aren’t so smart—they don’t support Alexa or Google Assistant, nor do they connect to the Wyze app—but they do come with motion and ambient light sensors, and they link together via an RF connection.

I had the Wyze Night Lights installed in a stairwell for a few weeks, and for the most part, they worked as advertised. That said, there was an annoying mounting issue that left me wondering whether Wyze’s QA department has been stretched a bit thin. Also, the battery life on my test units wasn’t so hot.

Note: This review was originally published on July 14, 2021. Following another week or so of testing, the batteries on my test units died, which means the batteries only lasted for roughly two weeks. I’ve updated this review with my battery life observations, along with responses from Wyze about that issue and others.

Measuring 3.14 x 2.04 x 0.55 inches (WxHxD) and weighing a hair under two ounces, each individual Wyze Night Light is a little smaller than a stack of credit cards. Twin LEDs are embedded in the top and bottom edges, which are angled to splash light on the wall or whatever surface the module is attached to. There’s also a small rectangle on the face of the light that glows faintly when the LEDs are on.

The night light puts out about 4.5 lumens of light, and three of them were bright enough (but not too bright) to illuminate my dark downstairs stairwell. Tuned to a white color temperature of 2,500 Kelvin, the lights emit a warm, soothing glow.

A three-way switch on the right edge of each light changes the unit’s lighting mode. “Auto” sets the light so that it only turns on when it’s dark and when the motion sensor detects movement; you need to be reasonably close, within a few feet or so, and the light turns off again after about 15 seconds. “Off” turns the light off completely, while “on” keeps the light glowing continuously. To group the lights, you switch them all to “auto” mode while they’re close together; they’ll blink momentarily before linking to each other. Switching the light to “off” resets the linkage.

The lights connect to each other via an RF signal over the 2.4GHz band, although they don’t connect to Wi-Fi. They have a range of up to 30 yards. Up to 10 Night Lights can be grouped together, but since the lights come in three-packs, you can only buy either nine or 12. (I guess you could buy 10 three-packs to get three groups of 10 lights each.) Wyze doesn’t currently plan to offer the lights in anything other than a three-pack, a rep told me.

For most of my testing, I had the night lights installed in a stairwell just a few feet from each other, but I also tried placing them along the length of my entire railroad-style apartment, which is about 35 yards long. I triggered the light that was nearest to me, and the other two obediently switched on, including the one that was way over on the other side of the apartment.

Inside each light is a 300mAh lithium polymer battery, which you can recharge via a USB-C port that sits right next to the three-way power switch. Wyze promises that the battery will keep the light charged for up to 128 days when it’s in “auto” mode by itself, or up to 85 days when it’s linked to other night lights.

Those are just estimates, however, and it turns out they’re rather optimistic ones. In practice, my test units ran out of juice after about two weeks. Now, to be fair, I installed the lights in a heavily trafficked stairwell; there are three of us in our family, and we tromp up and down the stairs on a fairly regular basis. That said, I was pretty disappointed that I had to recharge the lights so quickly. When I asked about the brief battery life on my Night Light sample units, a Wyze rep said that “the amount of triggers/usage…may have played a factor.”

The Wyze Night Lights don’t have any mounting holes, so you don’t screw them onto a wall; instead, they come with square magnetic mounting plates that you attach to a surface using short lengths of removable double-sided tape. Only three pieces of tape come in the box, but you can easily buy more on AmazonRemove non-product link.

I attached the mounting plates to the wall along my downstairs stairwell, with the plates about 1.5 feet above the floor (as Wyze recommends). The night lights, which have magnets embedded in their plastic housings, then snap onto the mounting plates.

That’s how it works on paper; in reality, my results were mixed. One of the three Wyze Night Lights snapped onto its mounting plate perfectly, both straight and firm. The second snapped on firmly, but I had to fuss with it a bit to prevent it from spinning into an upside-down position. The third light was so wobbly that I really had to work with it to keep it upright, and the merest touch made it spin upside down.

At first I thought I’d messed up the mounting plates somehow, but when I switched the lights to different plates, they behaved consistently; the first light was always perfect, the second light was wobbly, and the third was really wobbly. With some careful balancing, I did eventually get them all positioned just right, but there are clearly manufacturing issues with the magnets.

Informed of my problems with the Night Light magnets, a Wyze rep said that I likely received “a defective unit,” and that “a fresh batch of lights” would be “more representative of the quality of the product.” I’ll update this review once I test out the replacement units.

Wyze has a reputation for churning out affordable yet high-quality smart home products; I’ve had the Wyze Cam v2 in my basement for more than a year, and it’s worked flawlessly. But as Wyze plunges into one home and lifestyle category after another, I can’t help but wonder if its standards have begun to slip, and the Wyze Night Light is a case in point. Yes, the lights functioned just as Wyze promised they would, but the wobbly magnetic mounting was a big disappointment, not to mention the iffy battery life. I’d chalk it up to being a “you get what you pay for” situation, but with Wyze, we usually expect more.

Updated on July 28, 2021 to add more details about battery life following further testing, as well as comments from Wyze.