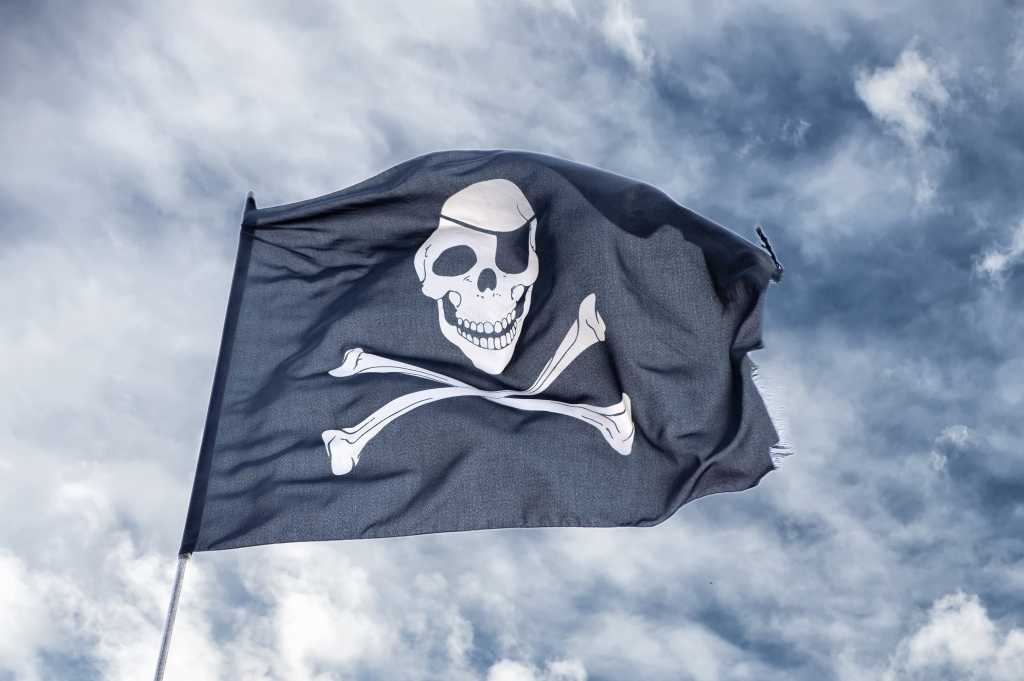 Every so often, readers will ask me about some streaming service that sounds too good to be true.

These so-called “IPTV” services claim to offer dozens or even hundreds of cable channels, along with practically any sporting event you can imagine. They tend to cost around $20 per month, far less than popular live TV streaming services like YouTube TV and Hulu + Live TV (which both cost $65 per month). In some cases, they even come pre-loaded on streaming boxes with no extra setup required.

Until now, I’ve mostly avoided writing about these services, which, if you haven’t guessed, are flagrant examples of media piracy. I’m wary of condoning potentially illegal activity and don’t have much interest in reviewing specific IPTV services in depth.

But because the topic comes up with such regularity—especially as the cost of live sports spirals out of control—I think it’s worth addressing. Yes, these services can save you more money than legitimate cord-cutting options, but they also have significant downsides beyond the obvious legal risks and moral quandaries. Before going down that path, be aware of the potential pitfalls:

Their apps are uniformly terrible

Peruse the websites of various IPTV services, and you’ll notice they seldom show off their actual apps. That’s because most of them look like they’ve been thrown together with duct tape.

Pictured above is the Fire TV app for a service called UzzuTV, which promises dozens of news, sports, and entertainment channels for $20 per month. While the streams themselves work well enough, the interface consists of a sloppily-formatted channel list, with no filtering options or programming guide. The app also doesn’t offer any pause or rewind capabilities, let alone a full DVR.

I also tried another service called MyWiFi TV, whose Fire TV app is equally crude. I could not figure out how to get back to full-screen playback after clicking to a different part of the guide, and while the service does offer a DVR, it’s limited to whatever storage is built into your device, which likely isn’t much. (It also only offers manual scheduling, rather than series recordings.)

That’s assuming you can download an app at all. Both Uzzu and MyWiFi TV require you to sideload their Fire TV or Android TV apps—you can’t just install them from Amazon’s or Google’s app stores—and using their services on other devices requires more elaborate workarounds. Uzzu, for instance, expects you to buy a third-party IPTV player app on Apple TV, and to use clunky screen-mirroring methods on Roku.

While I have plenty of nits to pick with apps like Hulu + Live TV and YouTube TV, they’re miles ahead of these shady IPTV providers in terms of features, polish, and app support, which makes sense because their services are actually legitimate.

Reliability can be an issue

In addition to the above paid IPTV services, I also checked out a free app called Cyberflix, which promises a practically limitless catalog of movies and shows by scouring the web for pirated video sources. It seemed to work as advertised until my show of choice stopped to buffer every 10 seconds. This was in the same room as my Wi-Fi router on a 200Mbps broadband connection, where I otherwise never experience such problems.

Judging from some of the emails I’ve received from other IPTV users, buffering can be a problem with these services even when Wi-Fi connections are otherwise stable. That’s not to say legitimate streaming services never have their own issues, but at least in those cases you can try to get support from an actual company.

They could be gone tomorrow

While researching this column, I started looking up all the specific IPTV services that folks have asked me about over the years. Most of them don’t exist anymore, or at the very least have vanished off the open web.

That’s not a big surprise. Copyright groups and law enforcement agencies are engaged in a never-ending game of whack-a-mole against these services. That means you might have to find a new IPTV provider if they one you’re relying on gets shut down or is sued into oblivion.

While looking up one of the IPTV services that a reader had asked me about in late 2019, I was promptly whisked away to another site with all the telltale signs of scareware. Bogus McAfee antivirus scans started appearing on the screen, followed by a warning that implored me to “run the Virus removal procedure immediately.”

While I was able to close the browser window and didn’t turn up any malware with my (real) virus-scanning software, a less savvy user could be duped into following those warnings and installing a malicious program. Simply by wading into this dark side of streaming, you’re putting your computer at risk.

Fully-loaded hardware is a bigger gamble

While it’s hard to find preloaded piracy boxes online these days, people continue to peddle them out in the real world. I’ve even heard from folks who say they’ve found fully-loaded streaming boxes at flea markets and gun shows, selling for a hefty markup.

While these devices promise to make piracy easy, they can also become expensive paperweights when the underlying service shuts down. That’s what happened to one reader I heard from in 2019, after service stopped working on a pair of pre-loaded ThorStream boxes she’d bought for $300 each. Good luck getting tech support from your flea-market vendor when that happens.

While the odds are slim that you’ll get in legal trouble for using a sketchy IPTV service, the risk is still there. Dish Network, for instance, has previously partnered with a digital security group to threaten IPTV users with lawsuits, and law enforcement groups in the United Kingdom have recorded users’ IP addresses on at least one service after shutting it down.

Granted, you can minimize the risks with a VPN service, a spoofed email address, and a private credit card, but that’s just another set of hoops to jump through.

At this point, you might think I’m trying to dissuade you from using these services, in which case you’d be right.

If you know what you’re doing and have no qualms about relying on pirated video sources, that’s your prerogative. But cord-cutting is no longer just the domain of tech-savvy geeks, and a lot of folks are stumbling on cheap solutions that they don’t fully understand. For those who are unsatisfied with cord-cutting’s many legal options, my advice is simply to know what you’re getting into.