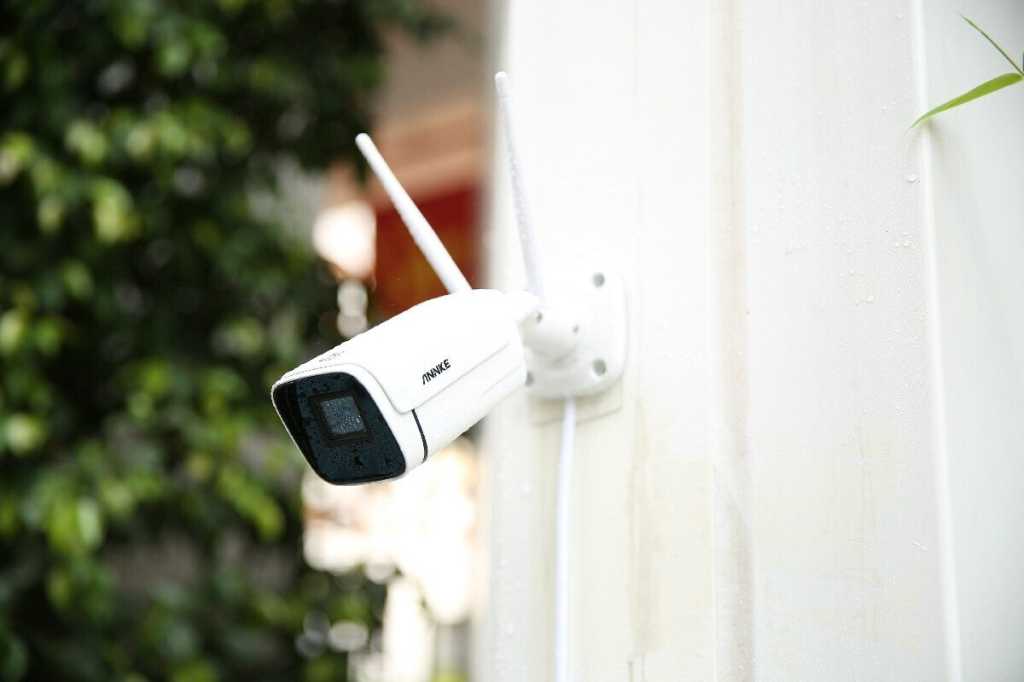 Annke
At a Glance

Annke’s new W300 surveillance camera bills itself as a “small in size, huge in features,” but before we get to all that, let’s start with the basics. While Annke is best-known for commercial-grade security systems, this camera can connect to your network with either an ethernet cable or wirelessly (only 2.4GHz networks are supported). You can also supply your own microSD card (up to 256MB) and store your recordings locally, or you can add the W300 to Annke’s WS200 8-channel network video recorder system and stream 24/7 without even needing to connect to the internet.

The W300 is an outdoor-ready unit with an all-metal enclosure and a weatherization rating of IP66 (meaning it’s impervious to dust and that it can withstand a stream of water from a pressure washer at a reasonable distance. You can read more about IP codes in this story.)

This bullet-style camera can also operate in extreme temperatures: from -4 degrees Fahrenheit to 140 degrees F. Two wireless antennas jut out from the rear of the device, along with a four-screw mounting system. The camera is easy to aim—at least until you mount it to the wall—so make absolutely sure your aim is on target before you commit to screwing it into the wall.

The camera can capture video at a maximum resolution of 2304 x 1296 pixels. You’ll find the microSD card slot beneath a screwed-in hatch on the camera’s belly. The factory-reset button, which you’ll probably need at some point, can also be found there. If you do want cloud-based storage, Annke offers the service in six flavors, ranging from three days of motion-detected clips only ($1.99/month) to 15 days of all-day recording ($8.99/month).

The W300 was a bear to set up. It refused to connect to my network repeatedly, necessitating several resets and, later, multiple attempts to format the microSD card. Annke’s mobile app interface isn’t the best, either; it’s poorly translated from Chinese and badly organized. But dig deep enough and you’ll find options for two-way audio, infrared night vision control, motion sensing, and more. Some of these settings are downright inscrutable, however; I’ve never quite figured out what options like “Timing Cruise” mean, nor was I was able to get any push notifications sent to my phone.

Setting quirks aside, the major problem with the camera is performance. In testing it for more than two weeks, I rarely found it to be responsive, often displaying a notice about poor signal strength, despite my router being a mere 30 feet away. Waits for the camera to respond, whether that was to watch live video or tweak a setting, could stretch up to a minute or more and often necessitated a force-quit and relaunch of the app. 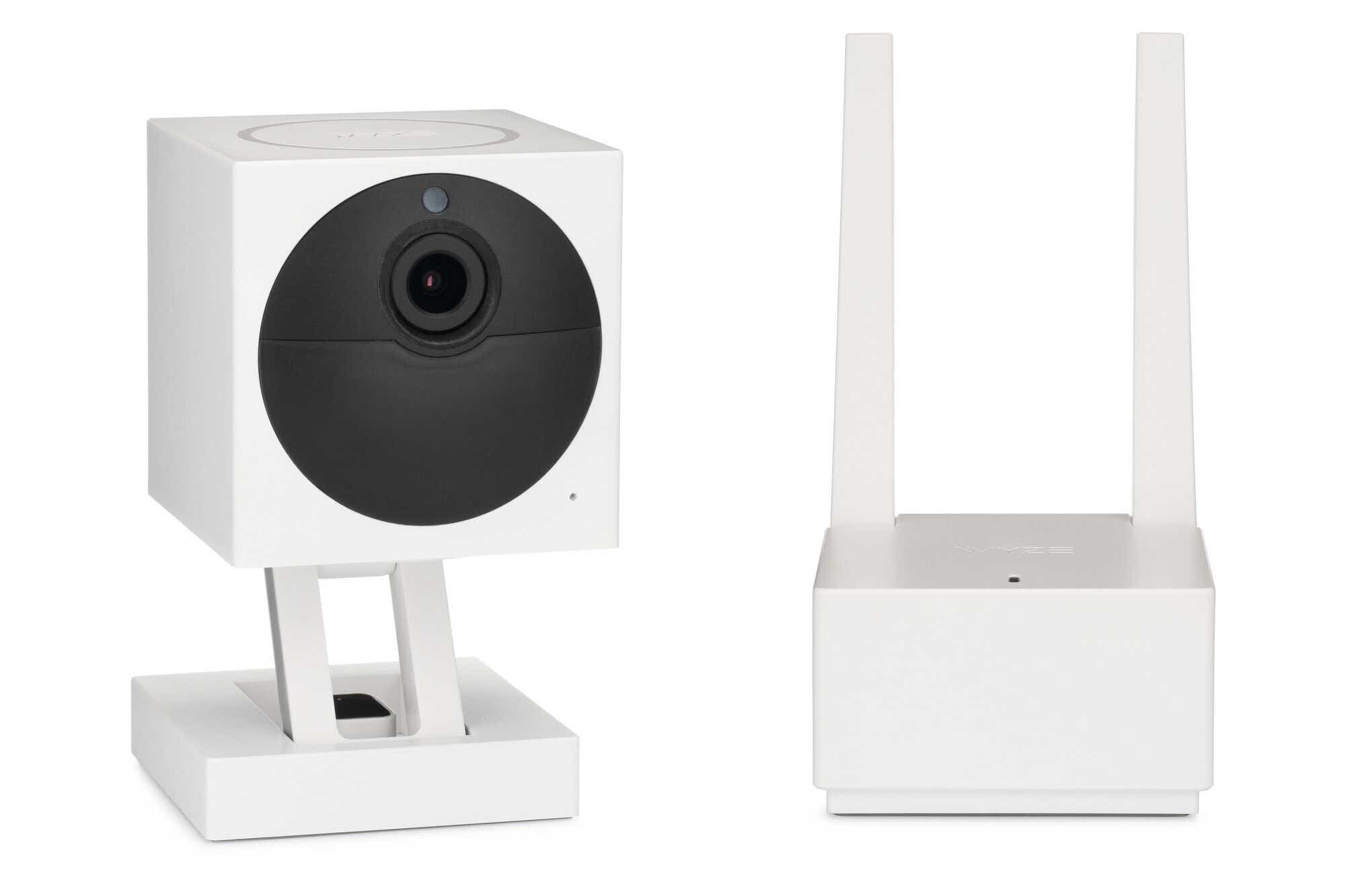 When things are going smoothly, the camera works well. Video is clear and crisp, even on the lower resolution settings, and the IR night vision mode looks good. Annke promises an ambitious 100 feet of visibility. It can be tricky to find clips under the “Playback” view, which offers a 24-hour timeline that you must scrub through to find activity. The “News” option is easier to deal with, organizing motion-detected clips more logically and with thumbnails included.

For the most part, the Annke NC400 is a reasonable option—and at a very low price—for users looking to secure outdoor areas. That said, some attention to upgrading its wireless performance is clearly needed in order to merit giving the camera a stronger recommendation.