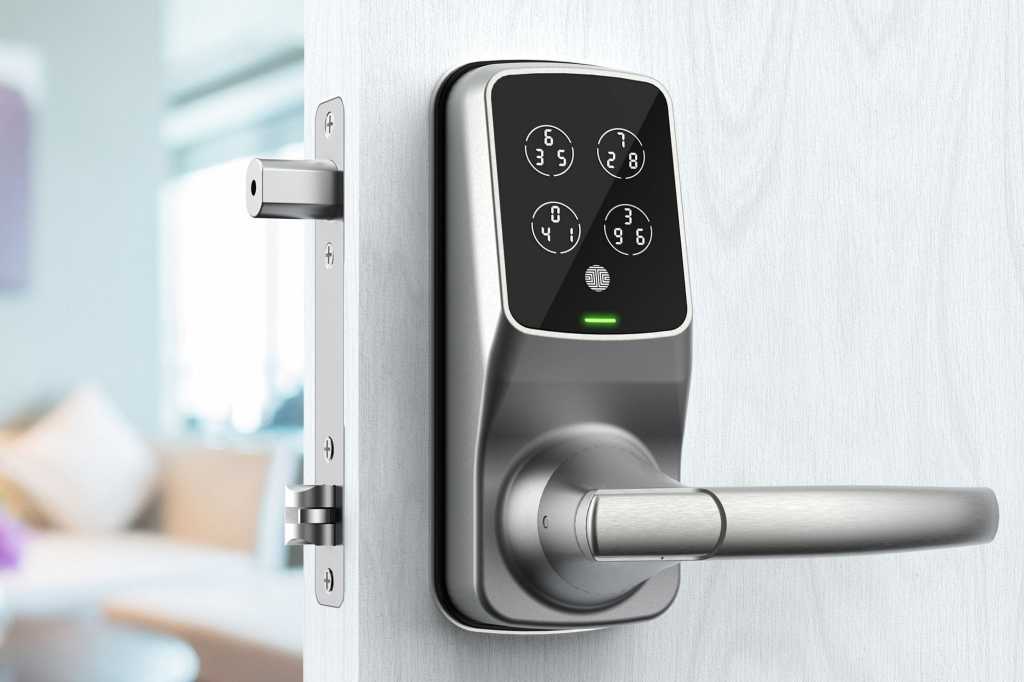 Image: Lockly
At a Glance

The Lockly Duo effectively combines a latch and deadbolt in a single smart unit, but the resulting device is enormous and—a bit wonky.

Most smart locks come in the form of a deadbolt, though you’ll find the latch-and-lever design an occasional option. If, like many homes, you already have both on your door, you’re faced with a bit of a dilemma when it comes to upgrading to smart tech. The common solution is to update the deadbolt, then stop using the locking mechanism on the latch altogether. But many people prefer the added security of having two locking mechanisms, so then what: Install two smart locks? That’s not really an option, either. 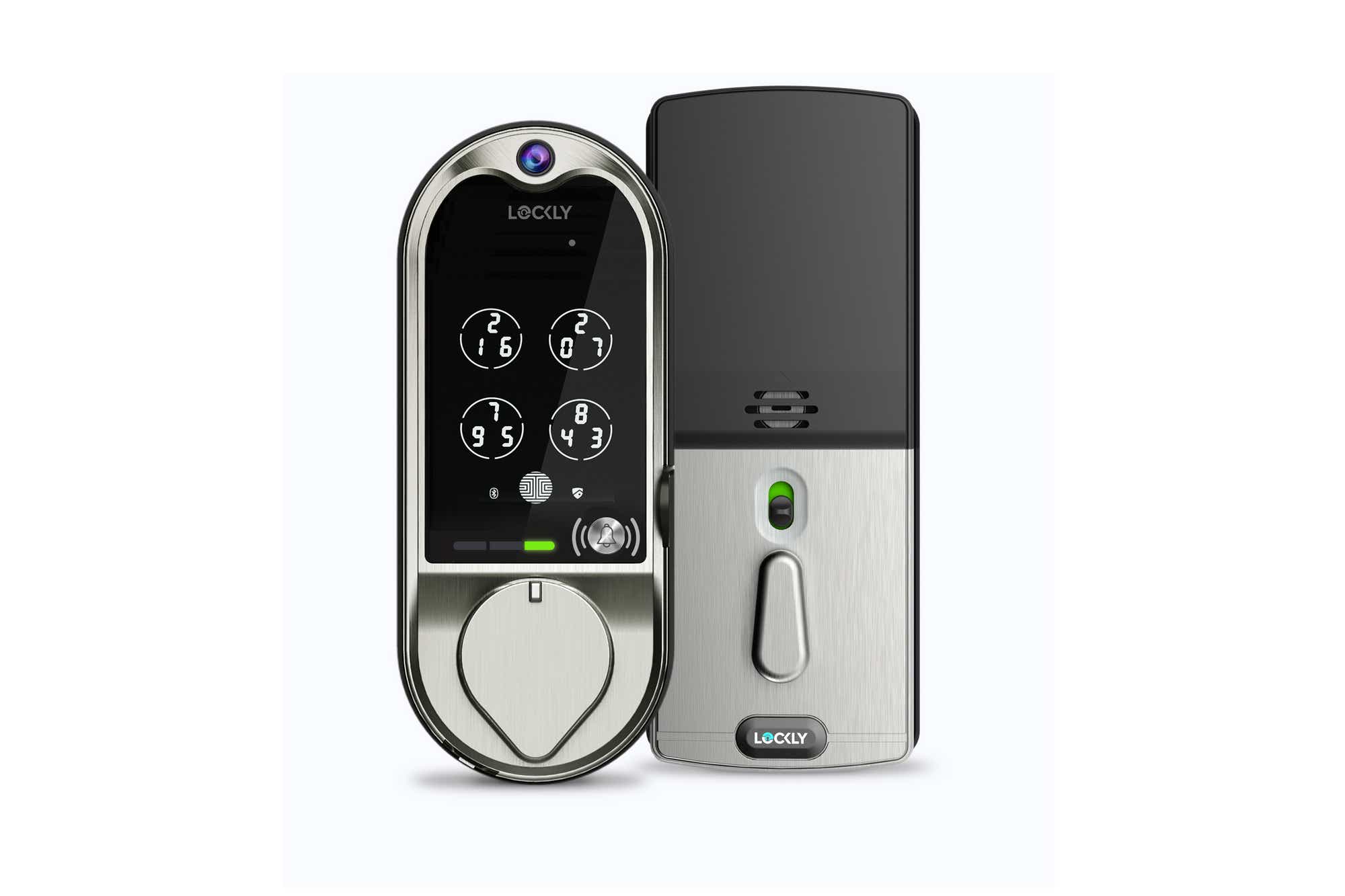 Lockly, which last combined a smart lock and a video doorbell into a bizarre but effective product, has come up with a solution of sorts, putting both a latch and a deadbolt in a single, if exceedingly awkward, mechanism. There are a few reasons why this isn’t the most workable of products, but before we get to those, let’s talk about why it might make sense.

To start with, the lock does deliver on its promise of providing both a latch and deadbolt in a single device. As you can see from the cross-section, the deadbolt unit is located at the top of the device, and the latch is at the bottom, just like it is on a standard door. There’s no keyhole nor a thumbturn for the deadbolt, however; the deadbolt is operated by pulling upward on the lever to lock, or downward to unlock. The lever, of course, also operates the latch.

It sounds good on paper, but get ready for some caveats.

First, the Lockly Duo is a beast of a product that requires two holes to be bored at precise points in your door (either 4 or 5.5 inches apart). If your home’s doors are like mine, these holes aren’t placed with any level of regularity, and neither of my doors’ existing bore holes were compatible with the Duo. (One door featured holes more than 6.5 inches apart.) Unless you’re starting with a fresh door, or a door with only a single bore hole, this solution probably isn’t going to work for you. I ended up testing the lock on a frame that Lockly provided and which had the needed bore holes pre-drilled.

If you are plowing ahead, I hope your door is sturdy. I mentioned the product is a beast, but you need to hold it in your hands to get a sense for how gargantuan it is. The box weighs nearly 11 pounds altogether, and while all of the components in the box don’t end up getting used, the completed lock is still heavier than a newborn infant. Wrestling it into place—a process tehat involves following a 28-page installation guide to bolt a multitude of mounting plates atop one another—is daunting.

I’ve installed dozens of smart locks and this was by far the most onerous. While only a few of the steps are confusing (the worst being a sticker on the deadbolt that insists the deadbolt be extended during installation when actually it must be retracted), the process is quite time consuming and requires a considerable attention to detail—and it’s easy to mess something up along the way. I spent close to an hour wrestling with the device from start to finish until I had it fully installed and configured.

The good news is that the lock, once it’s wrangled into place, performs well. The physical mechanism is smooth and sturdy, which should come as no surprise because Lockly’s hardware always seems to be designed to be tough and rugged. You have numerous options for gaining access to your home: Lockly’s smart app, numeric keypad, physical key (which is hidden beneath a flip-out panel in the lever), and fingerprint scanner. Power is courtesy of four AA batteries, with a 9-volt emergency port included on the outdoor escutcheon. 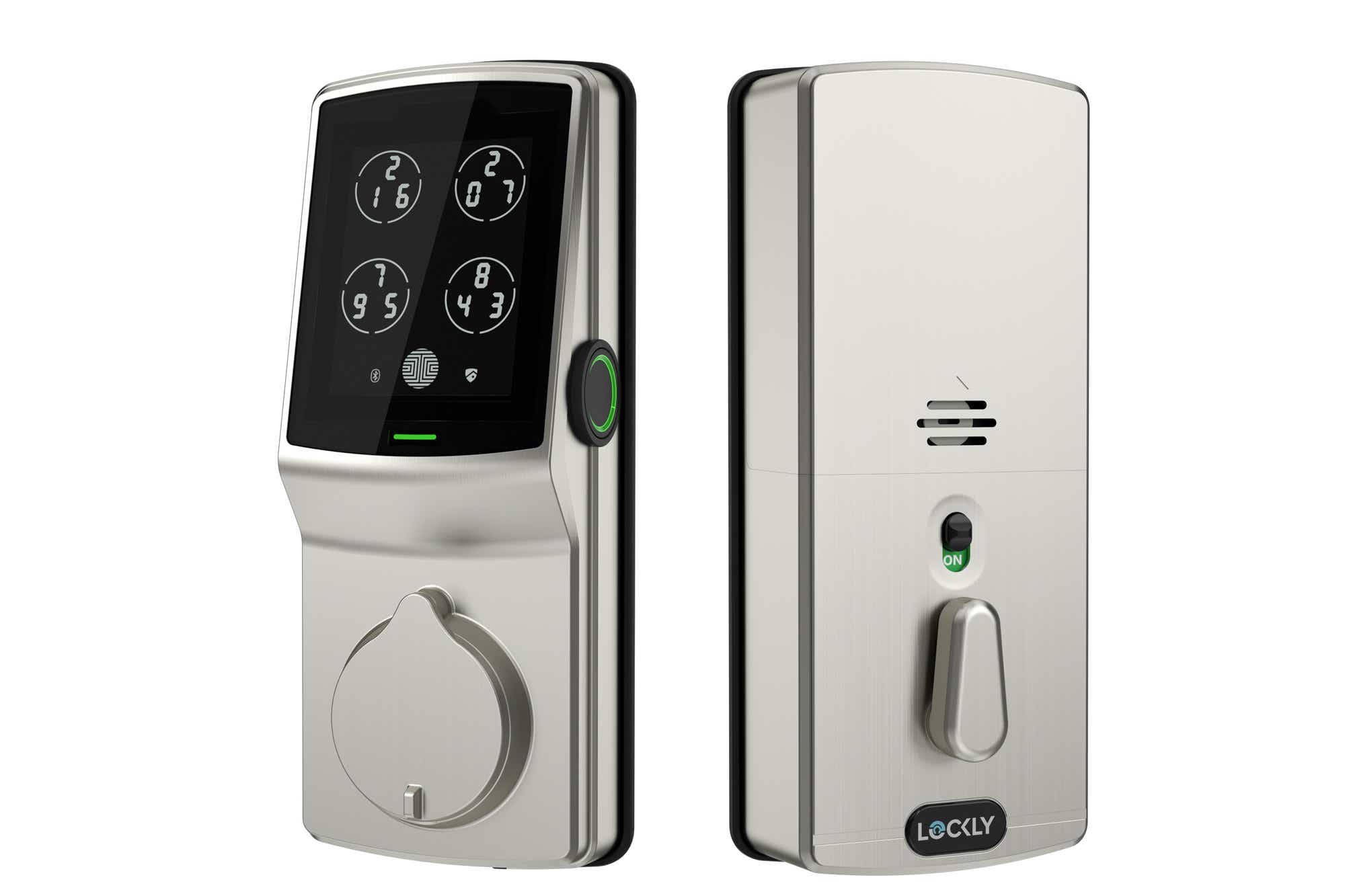 For the most part, the lock operates identically to the Lockly Secure Pro we reviewed earlier. Like all of Lockly’s smart products, it’s Bluetooth-only in design. You’ll need to install the included bridge in a nearby power outlet in order to enable Wi-Fi features (2.4GHz only) or control via Alexa or Google Assistant.

Lockly’s app and the fingerprint reader all work perfectly well here. It’s easy to add users, offline access codes, or new prints. Options for automatic locking and a screen randomization feature are included and easy to work with, as is a detailed logging system. Note that the unit also includes an integrated, wired door sensor (identical to that on the Secure Pro) that improves the auto-locking mechanism, though I did not test this component.

Aside from its mammoth proportions and complex installation, my biggest issue with the Lockly Duo involves the way the deadbolt works. One challenge is that locking the door with the app (or with automatic locking) does not engage the deadbolt, it only prevents the latch from turning, because the deadbolt is simply not motorized. The only way the deadbolt moves is by turning the lever, which means if you’re leaving the house or locking up for the night, you need to remember to pull up on the lever.

As well, unlike a traditional deadbolt with a thumbturn, there is no visual cue as to whether the deadbolt is engaged or not, and the app doesn’t report on the deadbolt’s position. The only way to know for sure is to test the handle; if you have even mild OCD, this constant checking of the lock position is likely to drive you crazy—and make you wonder if this affair was worth 450 bucks.

Incidentally, that’s $50 higher than the Lockly Vision—which includes a doorbell camera, but not the Wi-Fi bridge—will run you. The Lockly Duo doesn’t do nearly as much as the Vision, but I guess if you measure its value by the pound, it’s a veritable bargain.