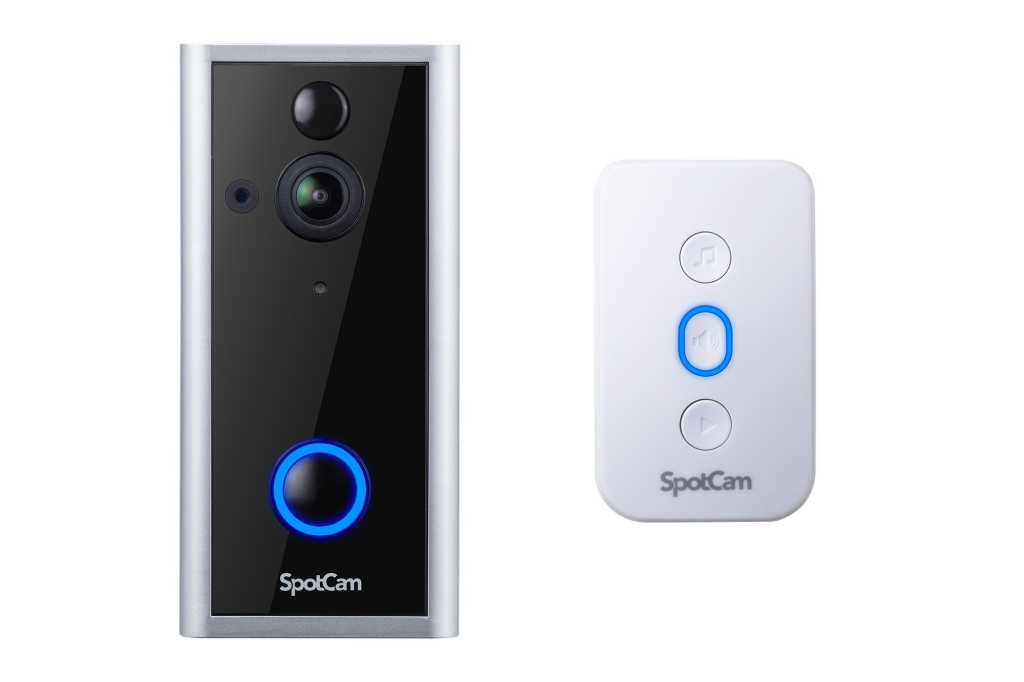 SpotCam
At a Glance

Local video storage is a great feature, but a poorly designed app and multiple subscription options detract from this doorbell cam’s appeal.

The SpotCam Video Doorbell 2 is the latest in a line of home surveillance products from Taiwan’s SpotCam. The doorbell is a lot chunkier than some of its competitors, measuring 2.7 x 5.7 x 1.5 inches (WxHxD), but it offers the option to record to a local microSD card, which is unusual.

In our tests, we found the camera produced a good image, but the overall experience was let down by the app, which was sluggish. Also, while the doorbell offers a barebones experience unless you pay for a monthly subscription: You’re expected to pay for additional features such as person detection and facial recognition, and that’s on top of the optional cloud storage fees.

The SpotCam Video Doorbell 2 functions like most of its competitors. It will keep watch on the area in which it is installed and send push notifications when motion is detected. When someone comes to the door and presses the button, the AC-powered wireless chime you’ll plug in inside the house sounds off and a two-way video conversation is possible via the app.

The doorbell can send alerts to the app and/or an email address. A schedule can also be set for the alerts, to avoid them being received at certain times, and the camera itself can be disabled and enabled on a schedule.

The 1080p video from the sensor is good, and the unit has infrared night vision and a very wide 180-degree field of view. I found the camera’s motion detection to be relatively good, although it did fail a few times to spot me walking towards it. 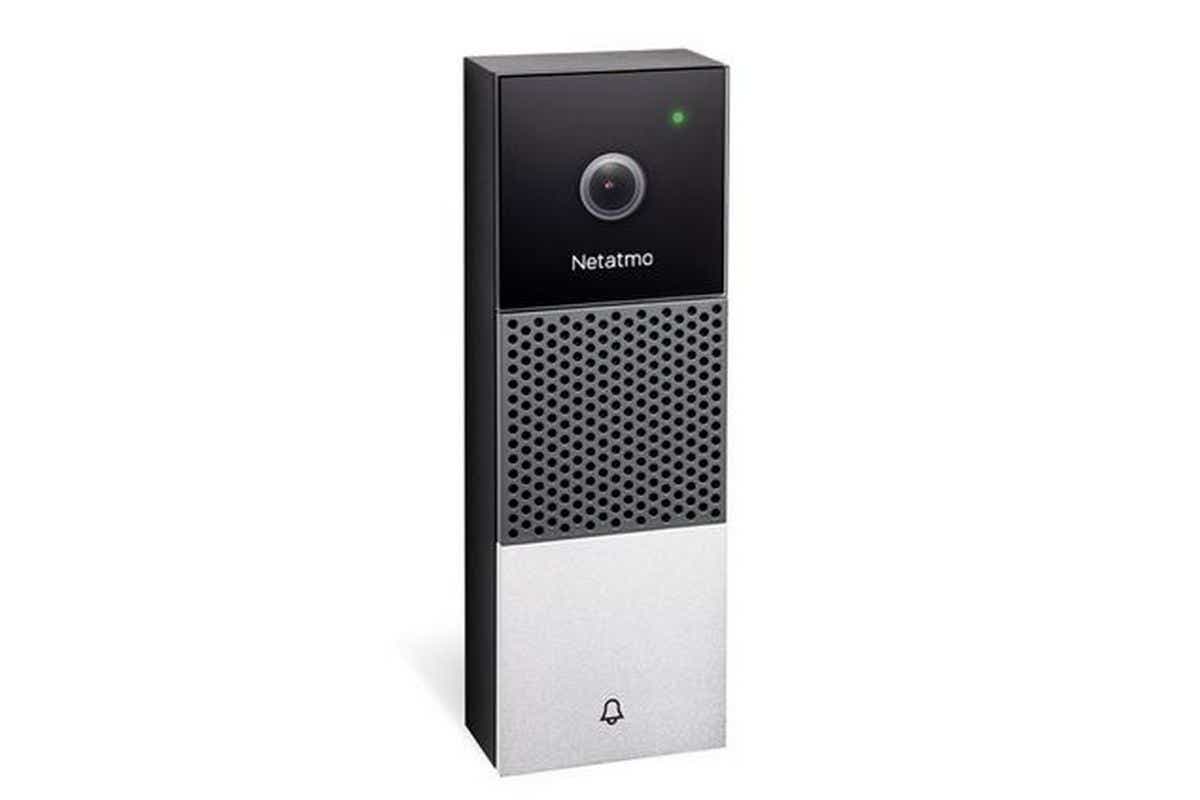 The camera can record video to the cloud as well as to an internal microSD card, making it one of the few doorbells to have a local storage option. There’s also a standard cloud-storage plan that includes seven days of free cloud storage, and there are three levels of premium service with 30 days, 180 days and 365 days of storage. The latter two are among the longest storage options offered by any video doorbell maker.

More complex sensing options are available with various paid subscriptions: Pay $9.99 per month or $99 per year—on top of whatever cloud storage plan you sign up for—and you’ll get human detection (which will ignore animals and other moving objects), vehicle detection, a virtual fence that will alert you only when motion is detected within the boundaries of that area, and missing object detection that will alert you when an object has been removed from the camera’s field of view. Face recognition costs an additional $9.99 per month/$99 per year. You also have the option to purchase these specialized detection features on an a la carte basis. This link will take you to that page on SpotCam’s website. It’s worth carefully figuring out what features you might want and how much it will all cost before deciding if the SpotCam is a good buy.

My biggest criticism of the SpotCam Video Doorbell 2 involves the time it took to see the video after an alert. It takes around 10 seconds for the app to launch and log in after the alert is pressed. But the video is not presented immediately; instead, you get a list of cameras, even if you just have one. You must click the doorbell cam to get into the next screen, and then click the “events” button to see recorded clips and then, finally, click the clip.

Each time I tried it took around 20 seconds from start to finish and each time I was finally greeted with a “Uploading of this video is not finished yet, please try again later.” You have to wait a few more seconds until the video is available, which is pretty poor by current standards.

Spotcam updated the doorbell firmware and the app after our review was published, so we decided to take a second look. The hardware was the same but we used version 6.2.6.3 of the Android app and firmware version 134 on the doorbell.

One of our major complaints was the time it took to start playing a recording after an alert had been triggered. In the new version of the app, the delay between an alert being triggers and playing back a recorded video has been been reduced from 20 seconds to around 7 seconds, but I still faced the problem of the video not always being available.

The app does have an interesting feature called “Now on Air.” Click that button and you’ll gain access to security cameras made public by their owners. The same video is available on the SpotCam website, where it clarifies that all streams are private by default and some owners have chosen to make theirs public.

Installing the doorbell camera was relatively easy, but I did face a couple of hiccups.

The unit attaches to a bracket that should be attached with screws or a supplied sticky pad. I first tried to screw it into a wooden post near my front door and the top of the screw sheared off while I was hand tightening it. I tried again, this time with a small pilot hole to make it easier, but the second screw sheared too. I’ve never had a screw shear like that and to have it happen twice in a row made me conclude the supplied screws were weak or poorly made.

When I eventually got it attached, it took a few tries to connect to my Wi-Fi. The hotspot is not far away from the unit inside the house, but the doorbell had problems connecting and this stage in setup took about 15 minutes. Once connected it seemed stable, but it always showed a weak signal where other doorbells usually indicated a strong connection. Wi-Fi connectivity continued to be a problem with the new firmware and the new version of the Android app.

The SpotCam Video Doorbell 2 can be powered by battery or a standard 8-24 volts AC doorbell power supply or 5 volts DC. Battery life depends on the amount of use the doorbell gets and the number of times it detects movement, but SpotCam claims this can be as long as six months. After two weeks of testing, the battery was down from three bars to one bar. The battery is internal and can be recharged via a USB socket on the rear of the device, but the battery is not removable.

The SpotCam Video Doorbell 2 is not a strong value

The SpotCam Video Doorbell 2 isn’t the worst video doorbell we’ve reviewed but it also isn’t the best. If you want local storage rather than relying on the cloud, you should consider this along with the Netatmo Smart Video Doorbell. A free cloud storage plan is nice, but that is becoming the norm (with the notable exception of Ring). Given the lag with accessing video on the app and the added costs to unlock all its features, this doorbell camera just isn’t a strong value.

Updated September 13, 2021 to report our experience with the SpotCam Video Doorbell’s new firmware—version 134—and a newer version—6.2.6.3—of SpotCam’s Android app. While the doorbell’s performance has improved, the change wasn’t significant enough for us to change our bottom-line opinion.