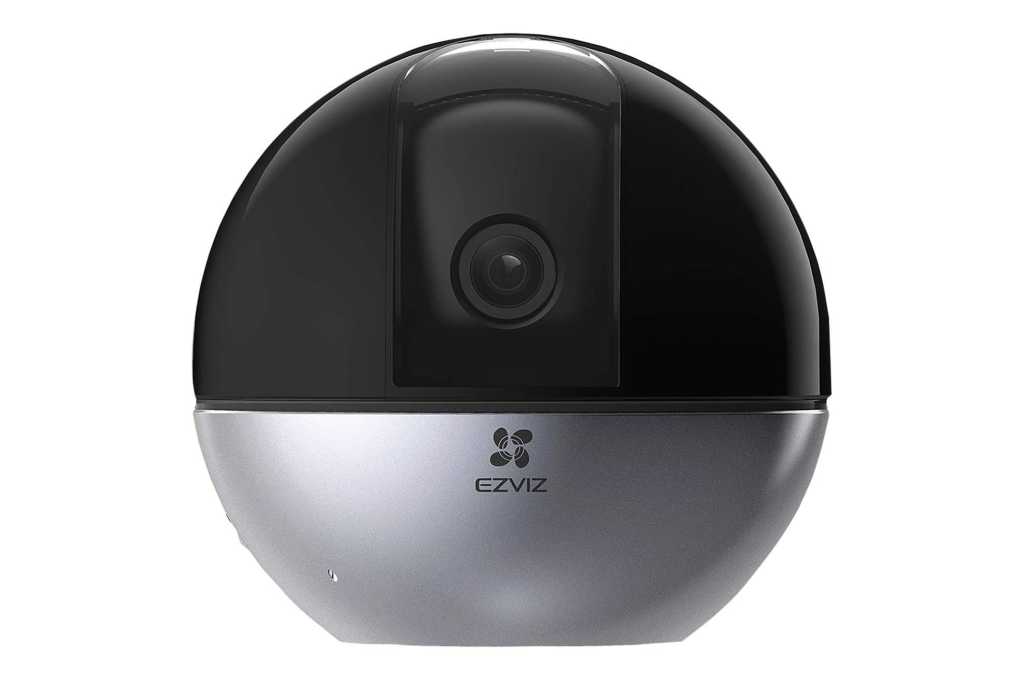 The EZVIZ C6W is an affordable, solid-performing pan-and-tilt indoor home security camera, but the app’s connection issues need to be addressed.

Pan-and-tilt is a popular feature for home security cameras as it enables the user to get a more comprehensive view of the area they’re monitoring. In many cases, pan-and-tilt cameras can even lock onto an intruder and follow them to capture a complete video record of their crime. But these advanced features add to the cost of the camera, creating a higher barrier to entry into DIY home security than fixed-angle cameras. EZVIZ, however, is putting pan/tilt within reach of even modest budgets with its C6W security camera.

The C6W has globe shape similar to EZVIZ’s C8C outdoor camera, except here the camera is located in the top half of the body rather than the bottom. This top portion rotates 360 degrees to provide a panoramic view no matter where the camera is placed, and the camera lens itself tilts 75 degrees up and down. Placed in a central location, the camera can provide nearly whole-room coverage.

But where you place the camera will largely be dictated by access to an electrical outlet because the C6W doesn’t use a battery and so must be continuously plugged into AC power. Normally, that’s not something I’d fault a camera for, but here that requirement negates the of benefit of 360 degrees of rotation because a good portion of that panoramic view is the wall behind the camera where it’s plugged in. There’s an ethernet port on the back of the camera base in case you want to wire the camera to your router rather than use Wi-Fi, but this will most likely limit your placement options even more.

Setting up the camera is done through the EZVIZ app. Once you select the camera, the app takes over the process and prompts you through a handful of steps to connect to your network. This went seamlessly and the camera was up and running in just few minutes. However, during my week of testing I intermittently received “network is unstable” errors when trying to open the live feed, play back recorded clips, or change the camera’s settings. Notably, we encountered the same issues using the EZVIZ C8C.

That said, when the app worked it provided straightforward control of the camera. Below the live feed viewer are seven buttons: video history, snapshot, record, definition, pan/tilt, speak, and privacy mode. Their functions are self-explanatory, but to be clear, they enable you to view recorded clips, manually capture screenshots and video, change camera resolution, rotate the camera, use the camera’s microphone to speak to someone in the room, and disable the live feed without turning off the camera.

Pan/tilt makes the camera’s marquee feature easy to operate. You simply use a virtual joystick to direct the camera where you want it to look. The camera moves smoothly and accurately and with no discernible motor noise, which is important for capturing clear audio along with your video. You can also activate auto tracking, which will follow a person’s movement and use a 4X digital zoom to keep them in frame.

The camera has six levels of motion sensitivity, defaulting to the median which I found to be just right for picking up human movement. You can configure motion detection to monitor for only humans or any type of movement; I opted for the first so that it would ignore the family pets and it was consistently accurate. You can ensure even more relevant alerts by masking-in motion detection areas to have the camera only alert you activity in certain parts of the room, such as entry and exit points. Motion alerts are pushed to your device around the clock or on a schedule, and you can opt to have them accompanied by a soft or “intensive” warning tone from the camera if you want to be sure you don’t miss them. 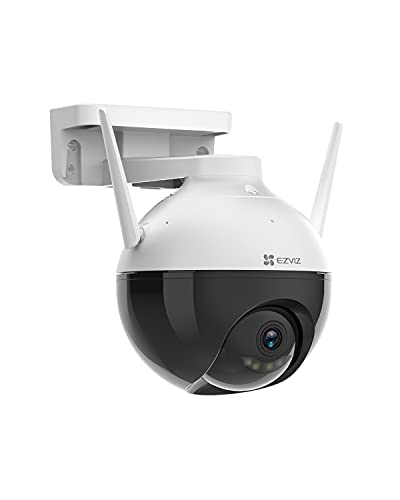 The camera has a top resolution of 2K, and not surprisingly, it delivers razor sharp video with vibrant colors. If you want to save on bandwidth, you can toggle down from 2K to 1080p without compromising video quality too much. In low light, the camera switches on its infrared LEDs to record video in black-and-white night vision. Clarity and contrast were excellent in this mode as well.

There is a wealth of customization options deep in the EZVIZ app menu. Some of these, like the option to adjust backlighting, aren’t central to using the camera but can help you tailor the experience to your tastes. Others, like the option to record audio with your video or enable night vision, are critical to capturing useful—and usable—security footage and warrant more front-and-center placement in the app.

Still, the C6W is a solid pan-and-tilt camera for less than $100. It’s a good option if you’re looking for a simple way to monitor your home, kids, parents, or pets when you’re away, as long as you’re willing to bank on EZVIZ fixing its app issues in future updates.